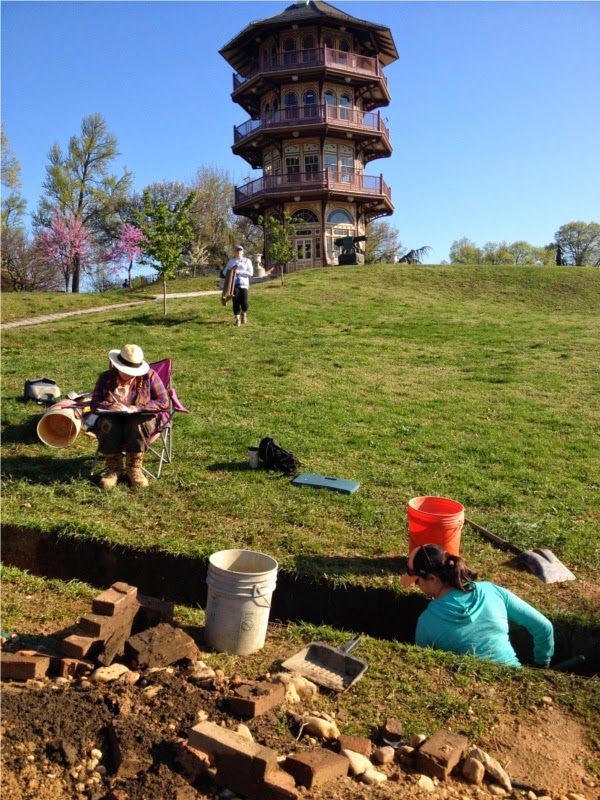 I spent most of today in Patterson Park again, helping my crew and our volunteers keep looking for the 1814 earthworks. This is proving to be more of a challenge than we thought a week ago. I spent my day in the south trench, which you can see above in the early morning light. We thought we had found the fortification ditch here last week, but that turned out to be a brick-lined drain dating to around 1900. (Hence the bricks piled around the trench.) We had to dig two feet deeper to reach what we hope is the top of the actual 1814 ditch. But we are now 4 feet down and can't take the trench any deeper for safety reasons, so we will try to verify that the ditch is what we think by digging a couple of shovel tests in the trench floor. 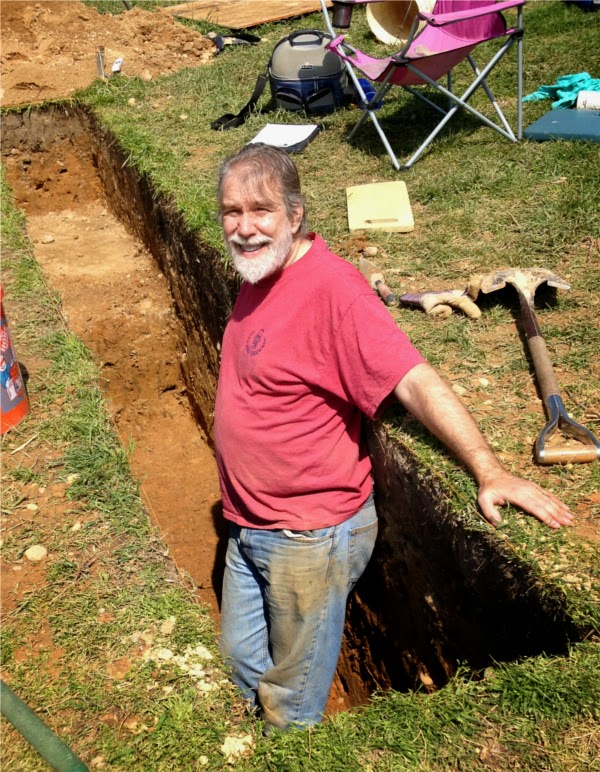 I did a fair amount of digging myself today, for the first time in months. 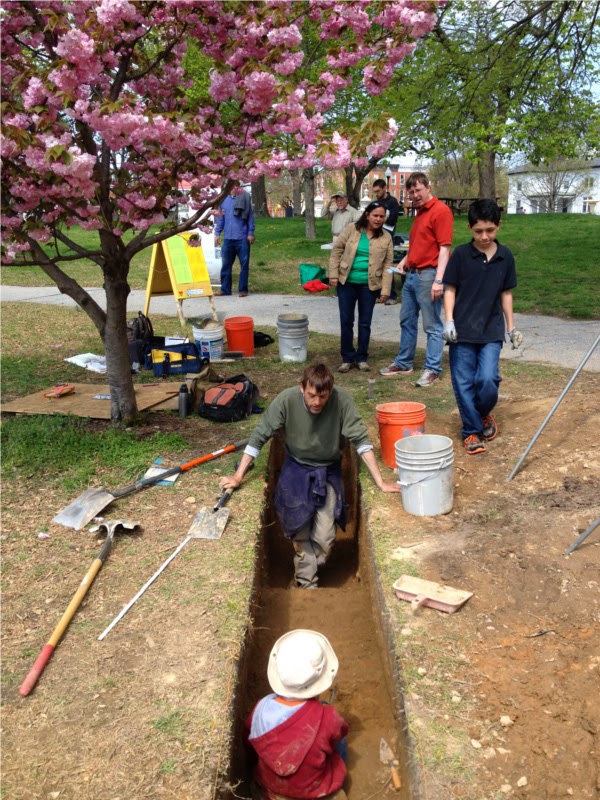 The scene at the north trench, under the pink puffballs of the ornamental cherries, where they think they can see the fortification ditch in the trench profile. 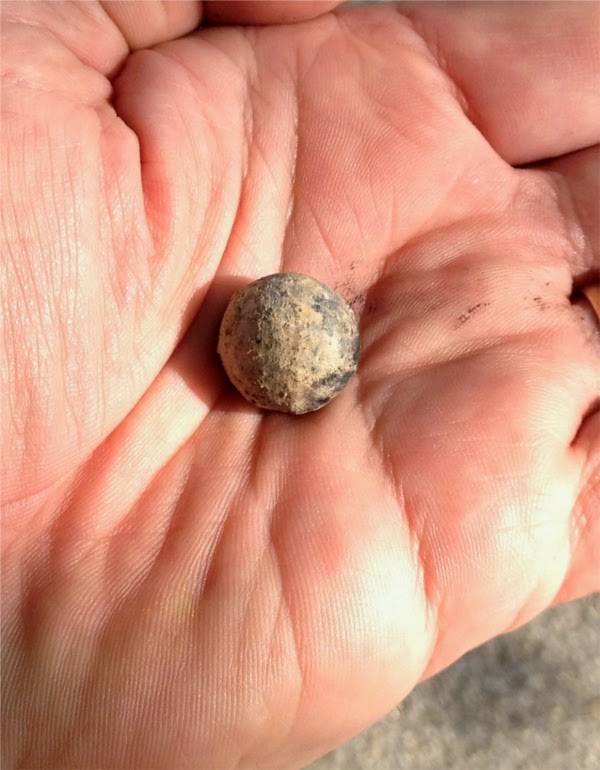 And they found this musket ball. 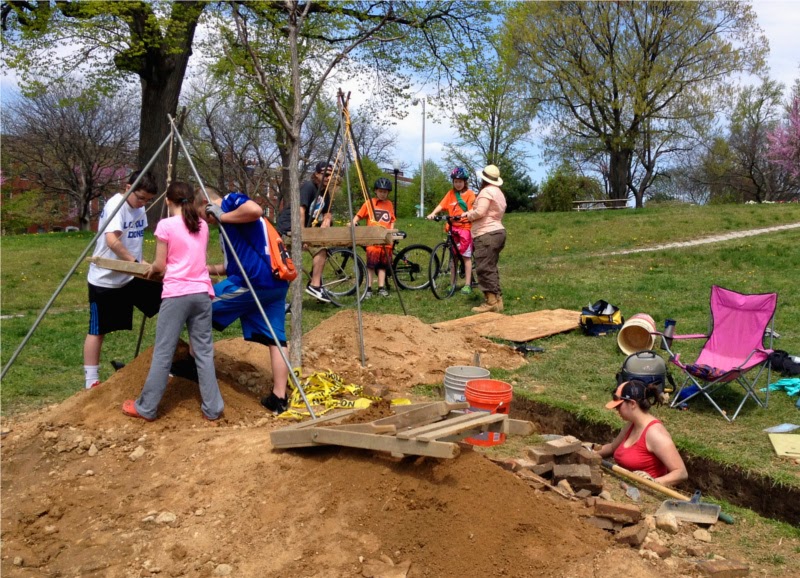 Back in the southern trench, young volunteers screen and Emily lures some bike riders to stop for a while and help. 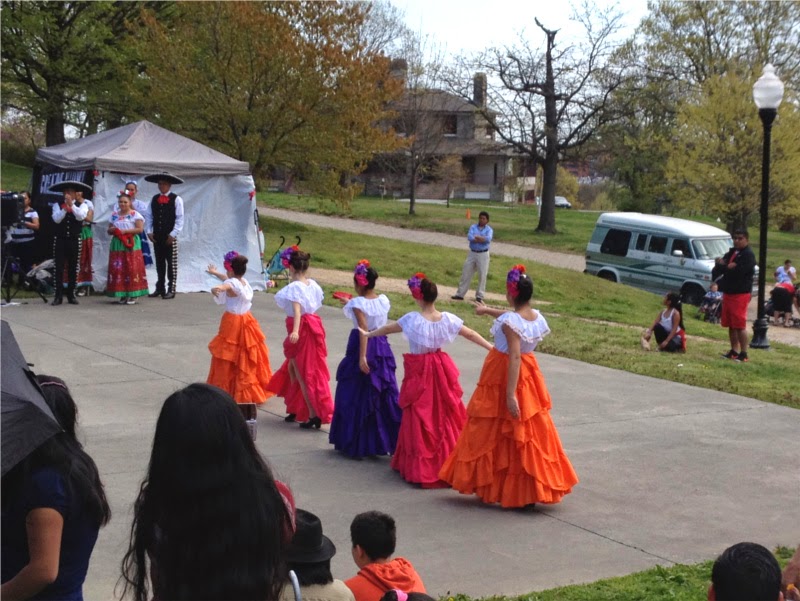 Meanwhile a big Baltimore Hispanic festival called Dia del Nino was unfolding around us, and the park filled up with Hispanic families by the thousands. These young dancers were right in front of the Pagoda. 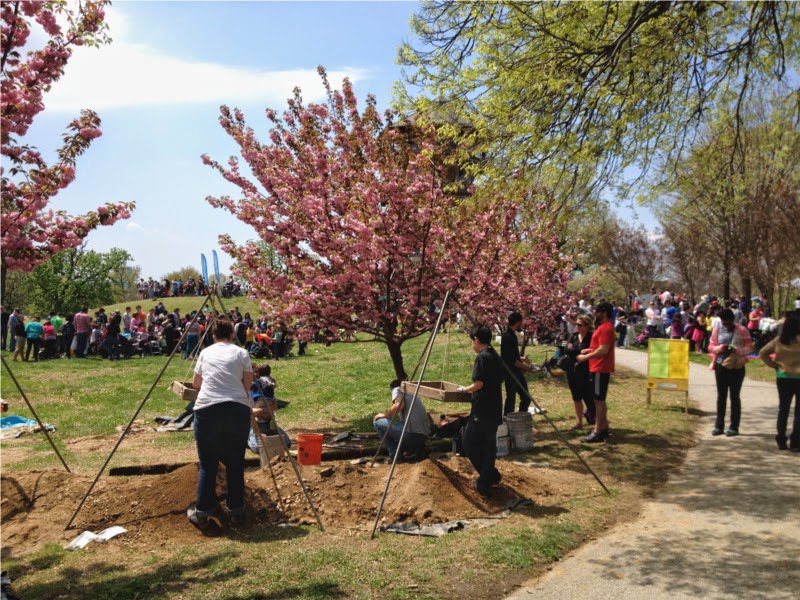 This picture gives an idea of the crowds around the northern trench. 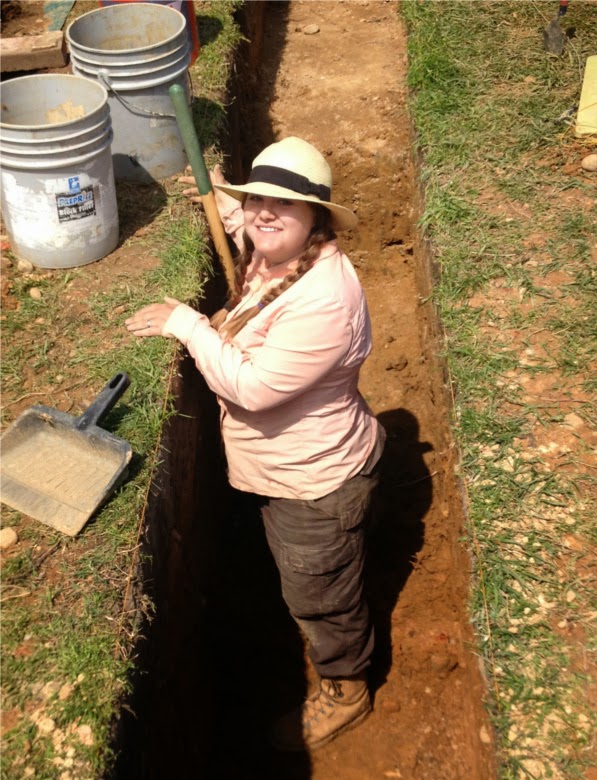 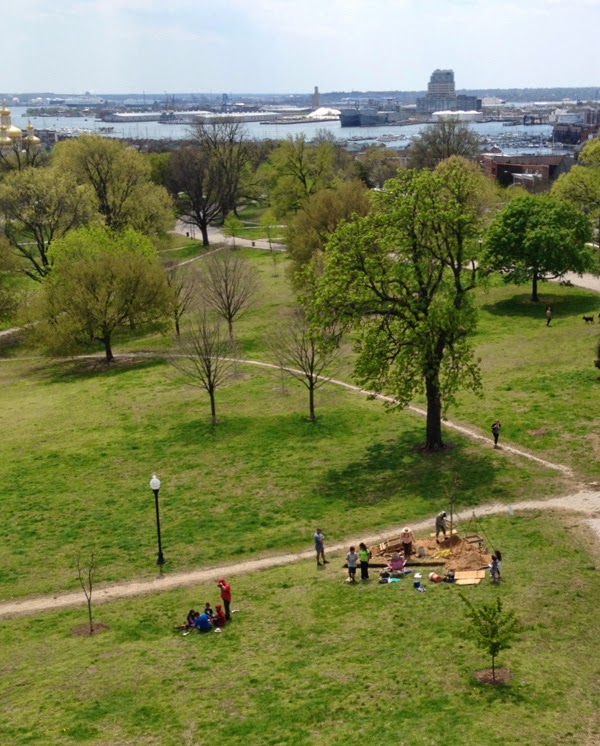 The pagoda was open all day for the festival, so I climbed up to see what I could see. I like this image because you can see our trench, the harbor, and beyond the harbor, just above the golden domes of the church, Fort McHenry; if you enlarge the photo you can see the clump of trees that surrounds it. The earthworks ran all the way to the harbor. 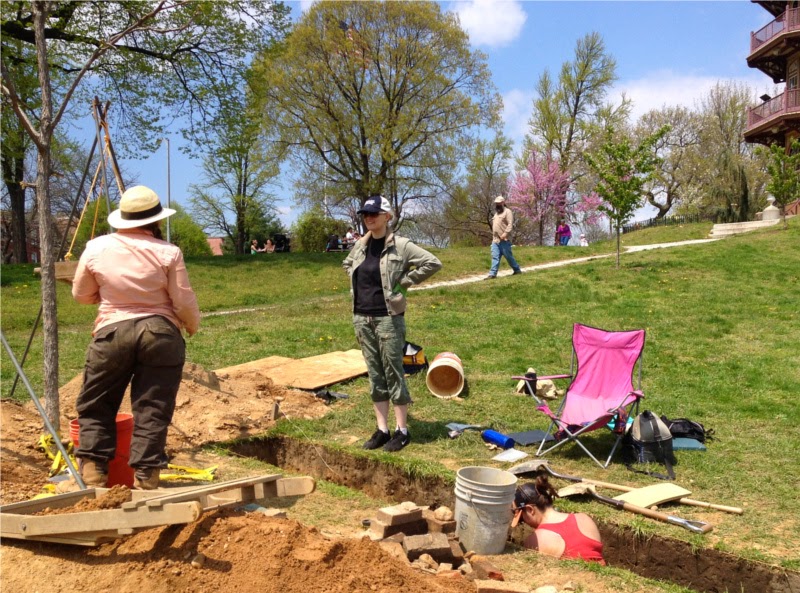 So now we have used up two weeks of our allotted four, and I would like to do so much more.
Posted by John at 9:09 PM