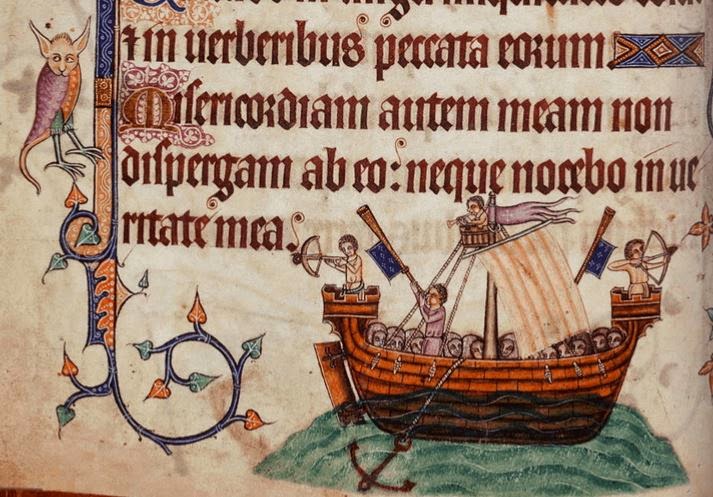 Today, another gleaning from the British Library's digital collection: the Luttrell Psalter. This is one of the most famous medieval manuscripts, at least among history professors, because of its delightful illustrations from everyday life. The psalter was made for Sir Geoffrey Luttrell (1276 - 1345) of Irnham, Lincolnshire, probably sometime between 1325 and 1335. One scribe did the lettering throughout, but the illumination is by at least five different artists.

These illustrations of plowing and harrowing have been in every slide show I've ever given about peasant life or medieval agriculture.

And there is so much more. The harvest. 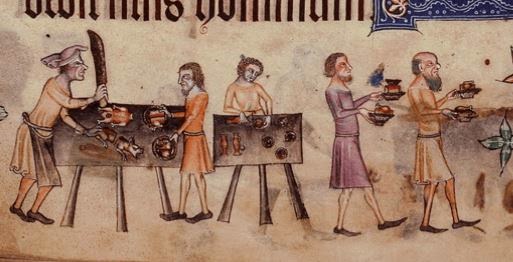 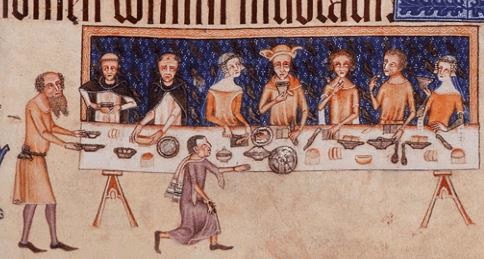 One of the great wagons used by the women of noble households.

But the semi-realistic is only one of several themes in the psalter's decoration. There are also touches of whimsy. 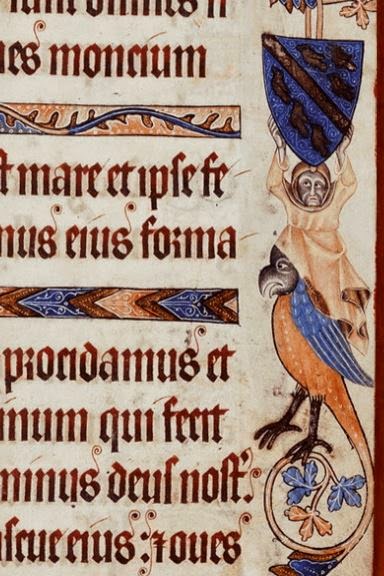 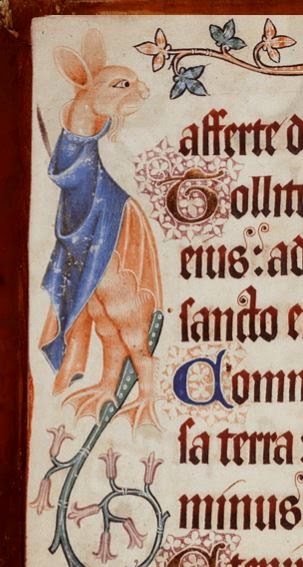 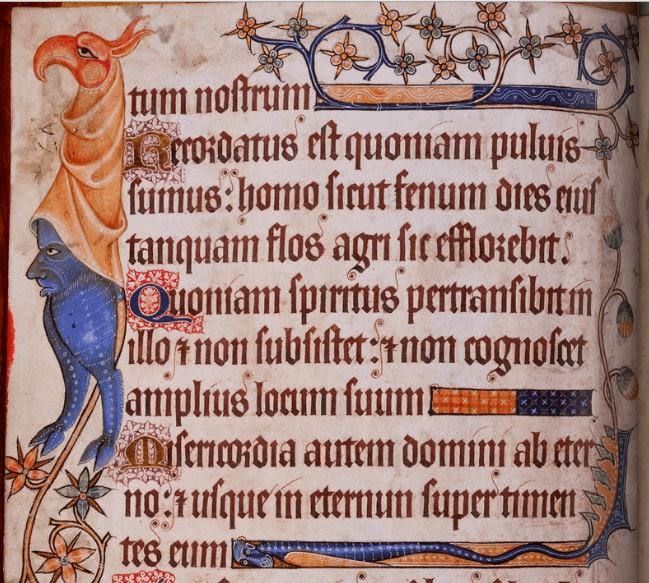 And a bizarre bestiary of peculiar creatures. 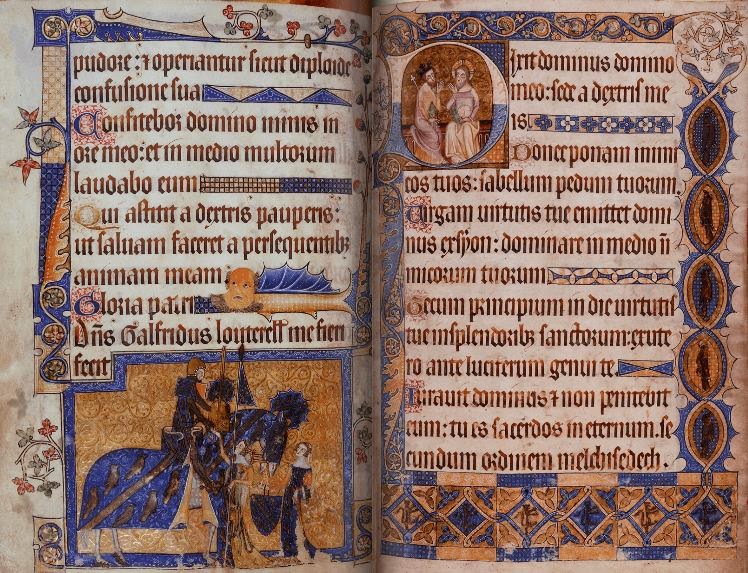 Some of the pages are a riot of color and invention. 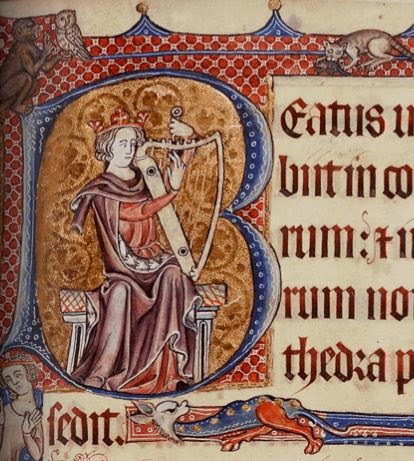 It is too much, really; it is hard to imagine how anyone could actually have used it as a prayer book. But how delightful for us that it has survived.
Posted by John at 7:36 AM