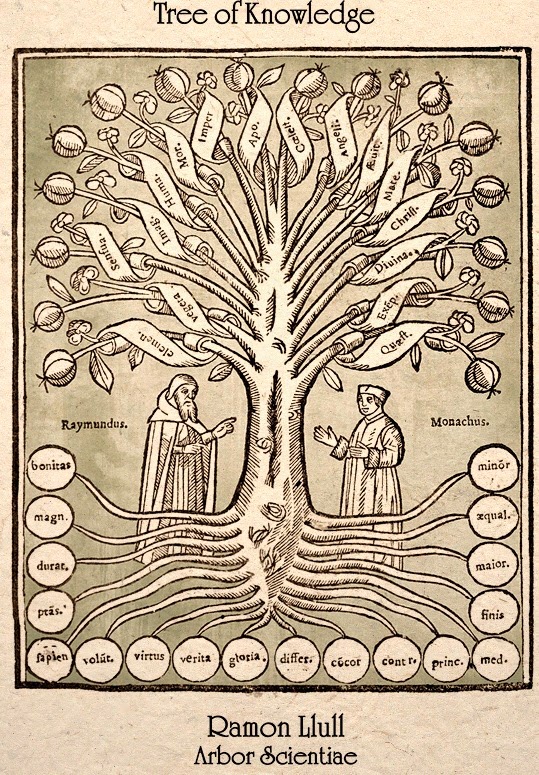 Information guru Manuel Lima has written a book titled The Book of Trees: Visualizing branches of knowledge, and Jonathon Keats has a review:


Trees were symbolically important for most ancient cultures, often worshipped and frequently present in art. Their association with immortality and their branching structure made them natural scaffolds for genealogies, showing, for example, the lineage of Christ and of royalty. They visually established pedigree and, equally crucial in medieval societies, helped to control inbreeding by showing how closely people were related to a potential spouse.

Yet, as Lima's book shows, the greatest impact of trees was in the realm of taxonomy, as visual representations of abstract religious and scientific concepts. Religion illuminated the way, with 13th-century scribes drawing trees to show relationships between scriptural texts, to aid memory and encourage exegesis – the practice of critical interpretation of texts common in monasteries. . . .

Lima convincingly singles out 13th-century Spanish philosopher Ramon Llull as a key figure, whose encyclopedic Arbor Scientiae (Tree of Science) presented a unified vision of knowledge. His 16 domains of science, from the moral to the celestial, are each represented by a branch, and all are supported by a single trunk fed by 18 roots [see image at top]. The roots are also labelled, with nine bearing divine attributes such as wisdom, and nine signifying logical principles, including contrariety.

Over the next five centuries, the roots were pruned, but the tree of knowledge flourished as a metaphor – think "branches" of science – and evolved as a visualisation model. 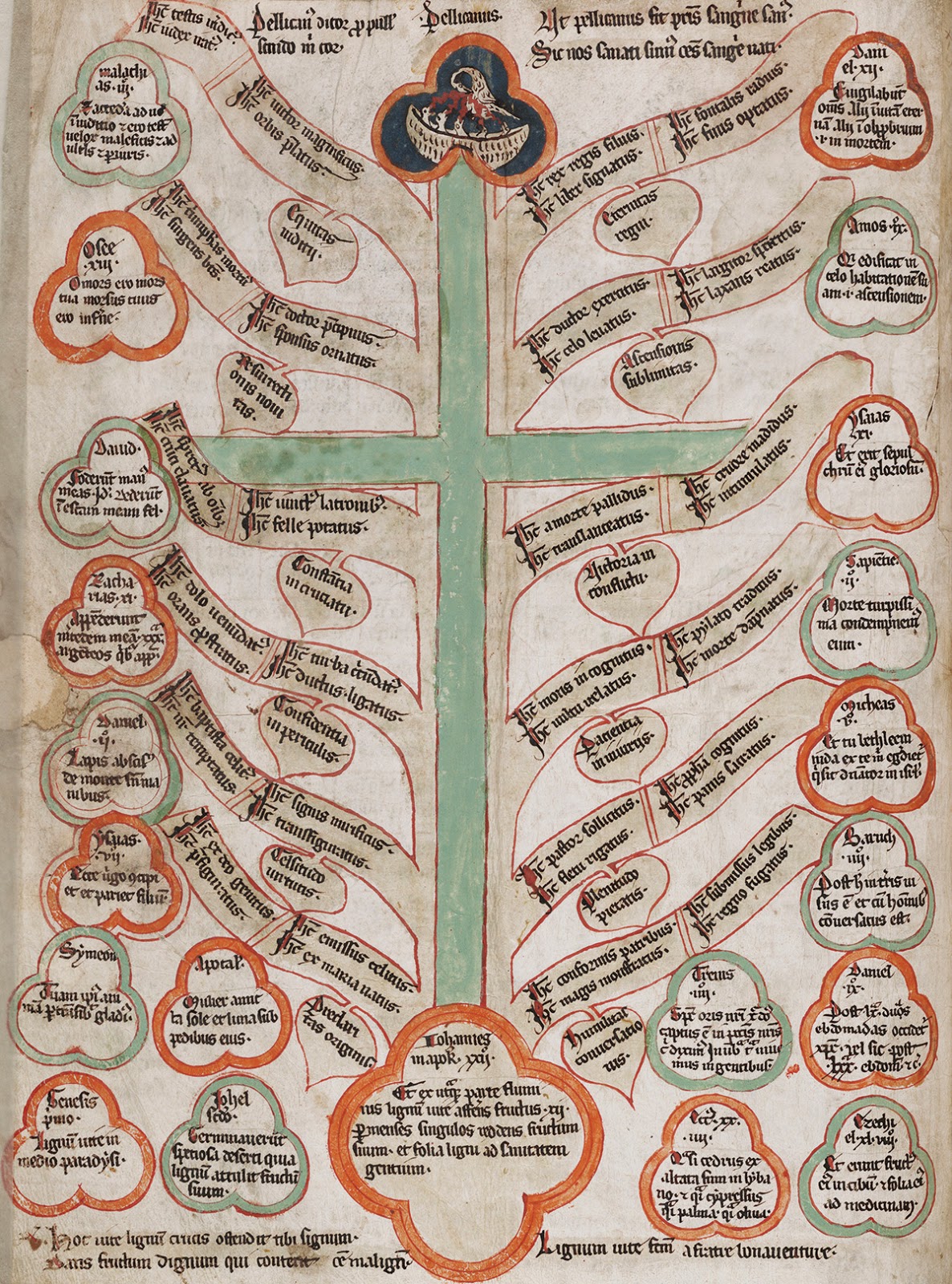 I think this is a topic of genius. Trees have been used to visualize knowledge for centuries and this is only growing more common.The language of root and branch is deeply embedded in computer science, vascular anatomy, pipeline architecture, and other places, and some people find it natural to use this same structure for ideas.

Here is a recent example, an attempt to model Aristotle's classification of human knowledge. 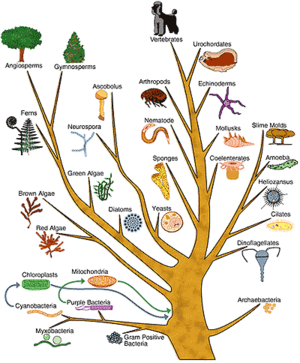 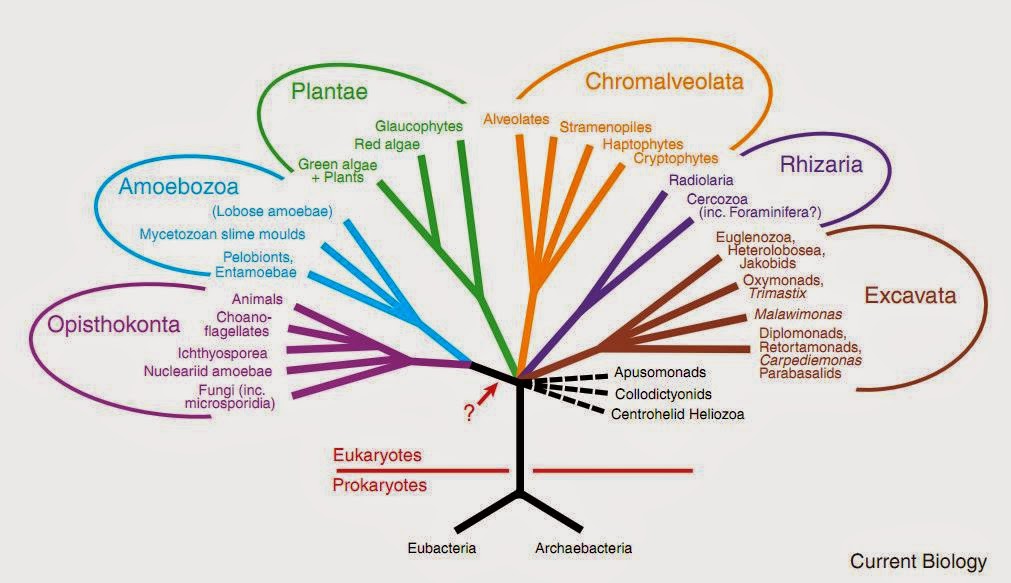 Of course the tree is the master metaphor of biological evolution. 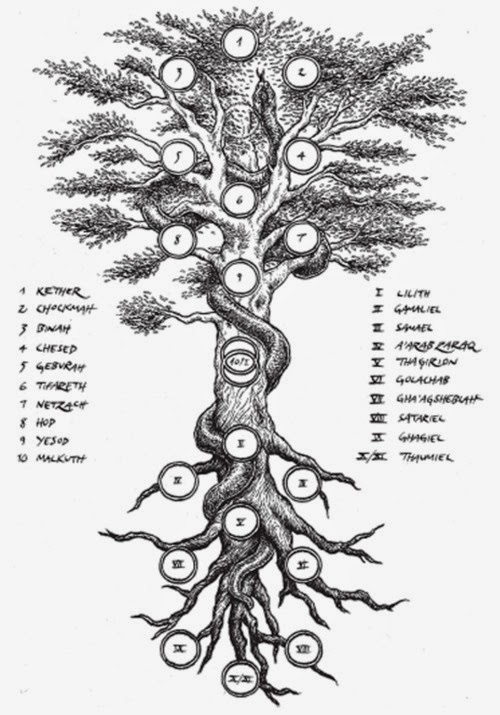 I don't know what this kabbalistic diagram is supposed to mean, but there seem to be versions of it all over the place. 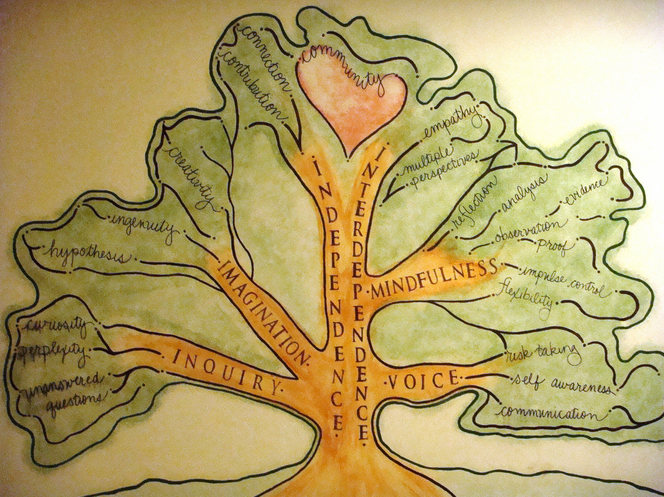 Our brains are not infinitely flexible, and we can think in only so  many ways. When we face a task like taxonomy -- how to categorize something -- we naturally fall back on familiar schemes. The branching structure of a tree is something perfectly familiar that we can visualize easily. It does make it easier to retrieve some kinds of information, and it seems to describe some processes and objects in life. So we use it, whether it really works or not. The loops biologists have recently added to their evolutionary trees remind us that the world is rarely so neat as the tree metaphor assumes, and when it is imposed on human thought or society it mainly produces artful nonsense. Be we have to think somehow, and sometimes the image of a tree helps. 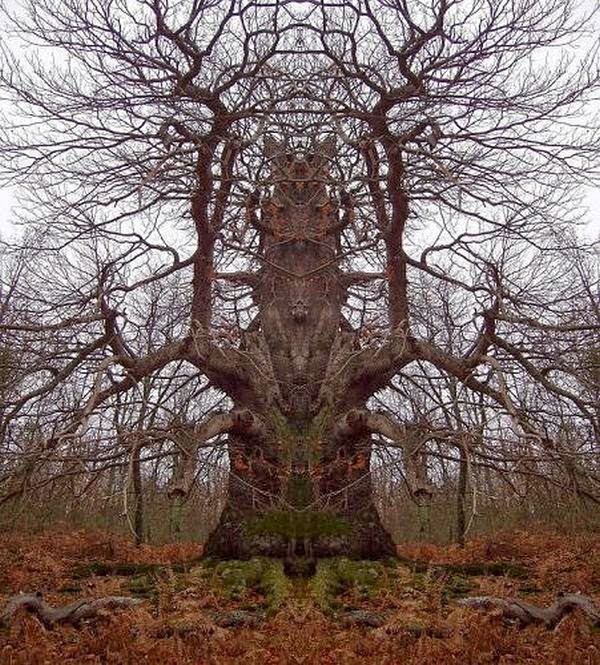