Artists in all media from action movies to performance pieces are attacking the President's fondness for drone warfare, assassination and surveillance:

After inheriting a post-Sept. 11 surveillance state and security apparatus from President George W. Bush, Mr. Obama pulled back in some areas and expanded others. Artists have focused particularly on the N.S.A. spying revelations disclosed by Edward J. Snowden and the president’s “kill list” of terrorists targeted by drones.

“The drone wars are really one of Obama’s signature foreign policies,” said Trevor Paglen, a photographer whose fuzzy images of flying drones are exhibited in galleries around the world. “We are living in a moment that’s characterized by this mass surveillance. I think art can help us call attention to certain things. It can help contribute to the cultural vocabulary that we use.”

The Newark Public Library set off a controversy back in 2012 when they exhibited a drawing of Obama as drone warrior in chief with the title, The moral arc of history ideally bends towards justice but just as soon as not curves back around toward barbarism, sadism, and unrestrained chaos.

I think this is very healthy, although it bodes ill for the Democratic Party. Legions of young people got excited in 2006-2008 about the possibility of dramatically changing America, and Obama's “Hope and Change” campaign captured their imaginations. But as is always the way in democracies, those radical hopes have faded. Obama has cut back on torture and invasion but accelerated the use of drones and other assassination techniques, and he has kept the surveillance state humming along. His obsession with secrecy rivals Dick Cheney's. Because of Congressional opposition, he has not been able to do very much to jumpstart the economy or fight youth unemployment. As a result, his voters are entering the midterms frustrated, uninspired, and much less likely than his energized opponents to head to the polls. 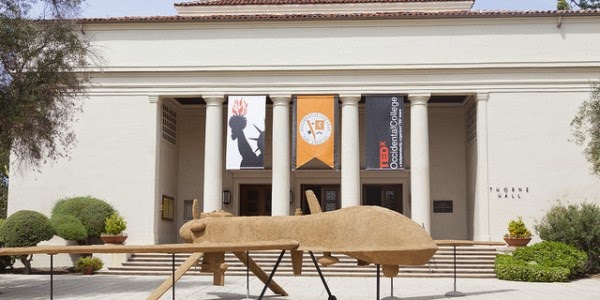 Obama's most important accomplishment in domestic policy, the Affordable Care Act, is another one of the compromised, bureaucratic half-measures that infuriate radicals in the first place. Some of them understand that it was the best he could do, but it's fair to say that few people find the ACA inspirational. Obama's most important actions in foreign policy (I think) have been not doing things: not attacking Iran, not getting involved in the Syrian civil war, not recommitting to Afghanistan or Iraq. But that, again, isn't very inspirational, and his frequent use of drones undercuts his support among the anti-war crowd.

The reality is that Americans are too closely divided, and too confused in their own minds, for either conservatives or liberals to enact their real vision. Most Americans support all the things in the Affordable Care Act but oppose Obamacare; they want us to "project strength" abroad but not take any casualties or hand out any foreign aid; they want the government to be pro-family, pro-child, and pro-farmer, to improve education and create jobs, but to restrain spending and stay out of people's lives. This is a recipe for gridlock, and the sort of situation in which wealthy insiders can shape particular policies for their own benefit while the rest of us make do with compromised, bureaucratic half measures.

That, my friends, is our democracy, and it will go on like that until a majority of the people insist that it be something else.
Posted by John at 8:07 AM