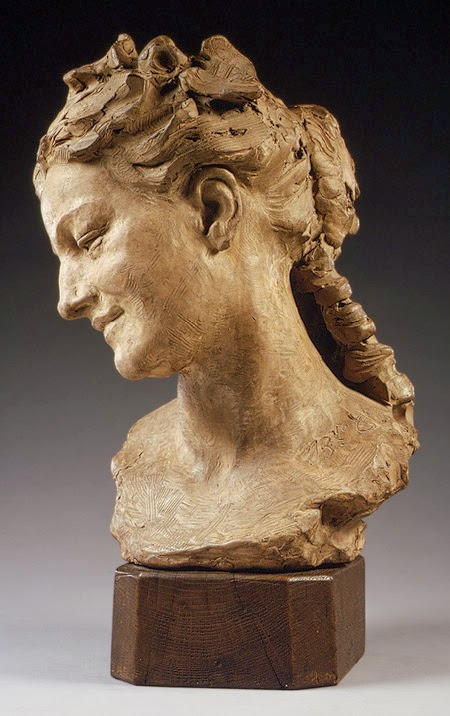 Jean-Baptiste Carpeaux (1827 – 1875) was a French sculptor and painter who did most of his work during the Second Empire under Napoleon III. 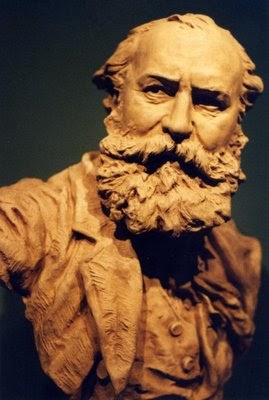 Carpeaux was born Valenciennes, Nord, the son of a mason. His talent was recognized by his parents when he was only ten; in his early teens he studied under the sculptor Rude, then at 17 he entered the École des Beaux-Arts. In 1854 he won the Prix de Rome, an intensely competitive scholarship that sent 4 to 6 young French artists to Rome to study for three years. In Rome, Carpeaux studied mainly the works of Michelangelo, Donatello and Verrocchio. He stayed in Rome until 1861. 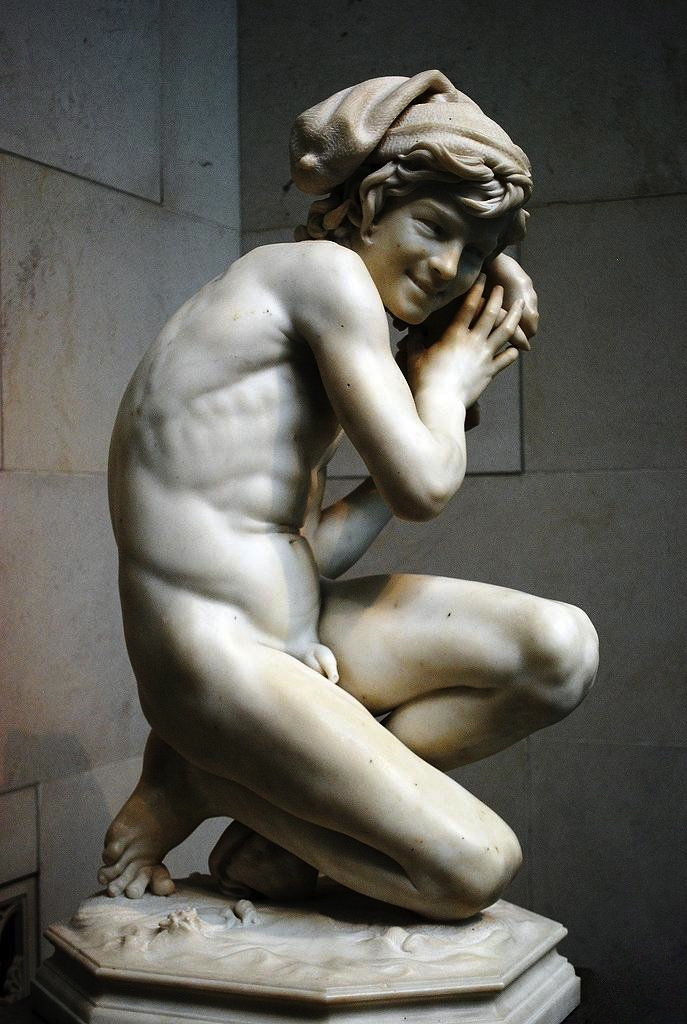 While a student in Rome, Carpeaux submitted a plaster version of Pêcheur napolitain à la coquille, the Neapolitan Fisherboy, to the French Academy. He carved the marble version several years later, showing it in the Salon exhibition of 1863. It was purchased for Napoleon III's empress, Eugènie. 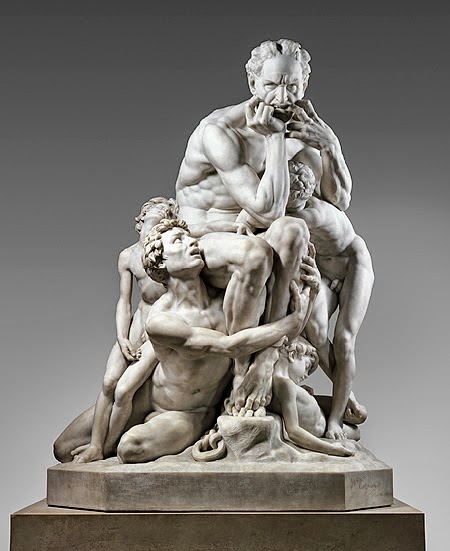 In 1861 he created what is today his most famous work, Ugolino and his Sons. 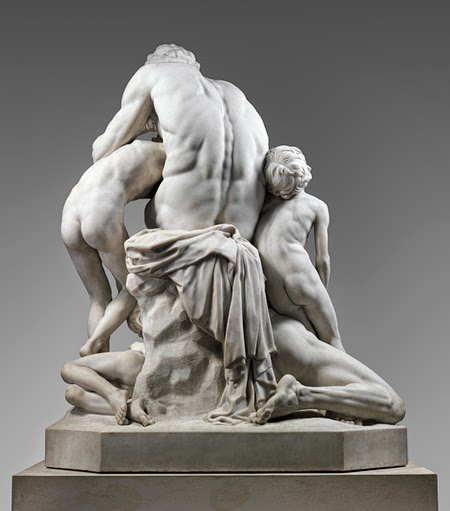 This is a story from Dante's Inferno. Ugolino betrayed his side in Italy's wars but was then caught by his former allies and left in a tower to starve to death. According to legend, his children and grandchildren were imprisoned with him, leaving him the choice of eating his own children or starving. 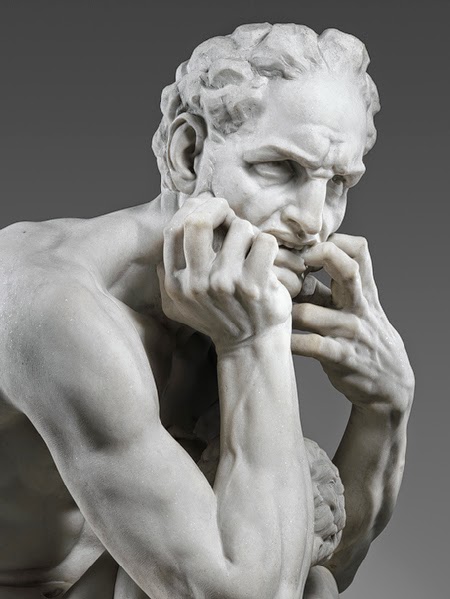 Carpeaux had a habit of making many different versions of each of his works. The original commission for Ugolino was for a large bronze to be installed in the Tuileries Gardens. But he also produced this monumental marble, now in the Met, and other smaller versions. Some of his works were sold as porcelain statuettes. (He sold boatloads of the Neopolitan Fisherboy, and he later made a similar figure of a girl so they could be sold as a set.) 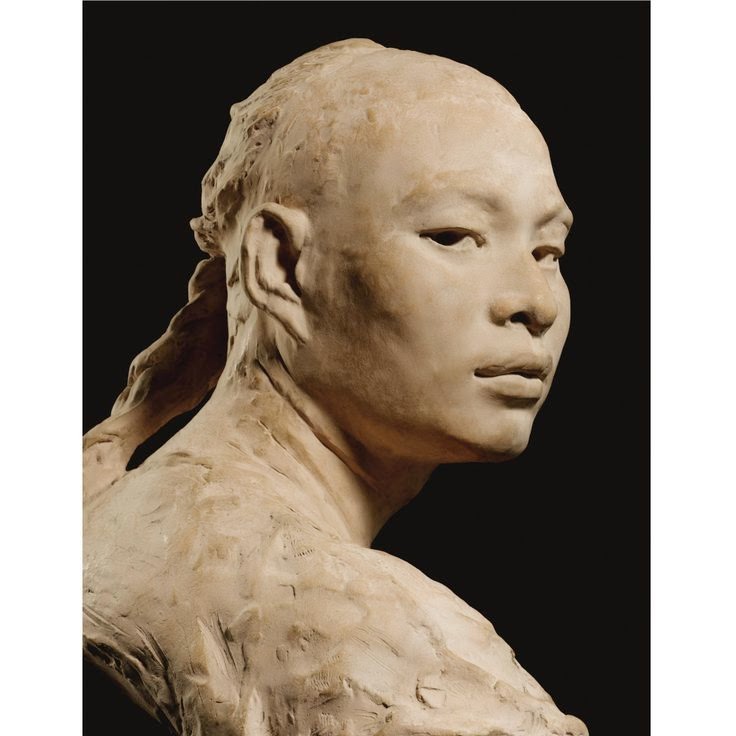 As I noted a while back about the great neoclassicist Canova, these days we tend to like our art a little rough, and some of Carpeaux's plaster casts are more admired than his finished marble and bronze works. (The Times: "The small bravura studies are among the most engaging (and modern) works in the show.") Above, plaster model for Le Chinois; at the top of the post is the model for a dancer's head. 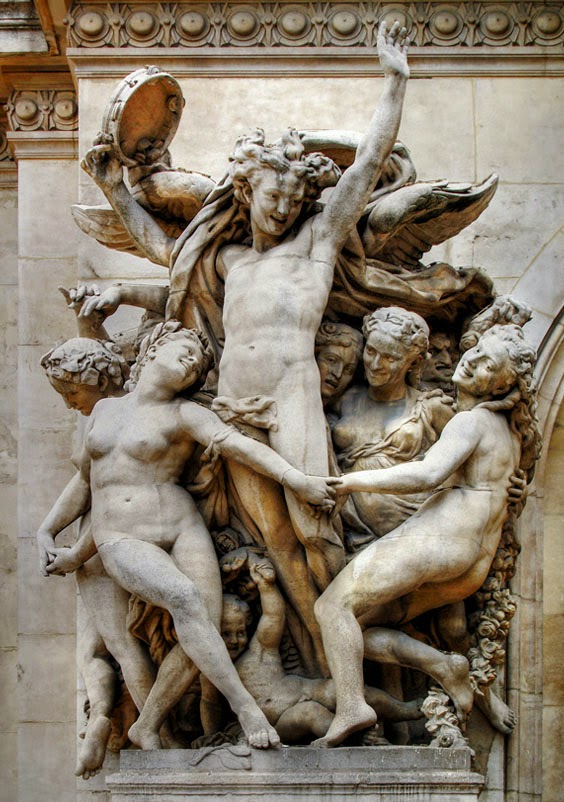 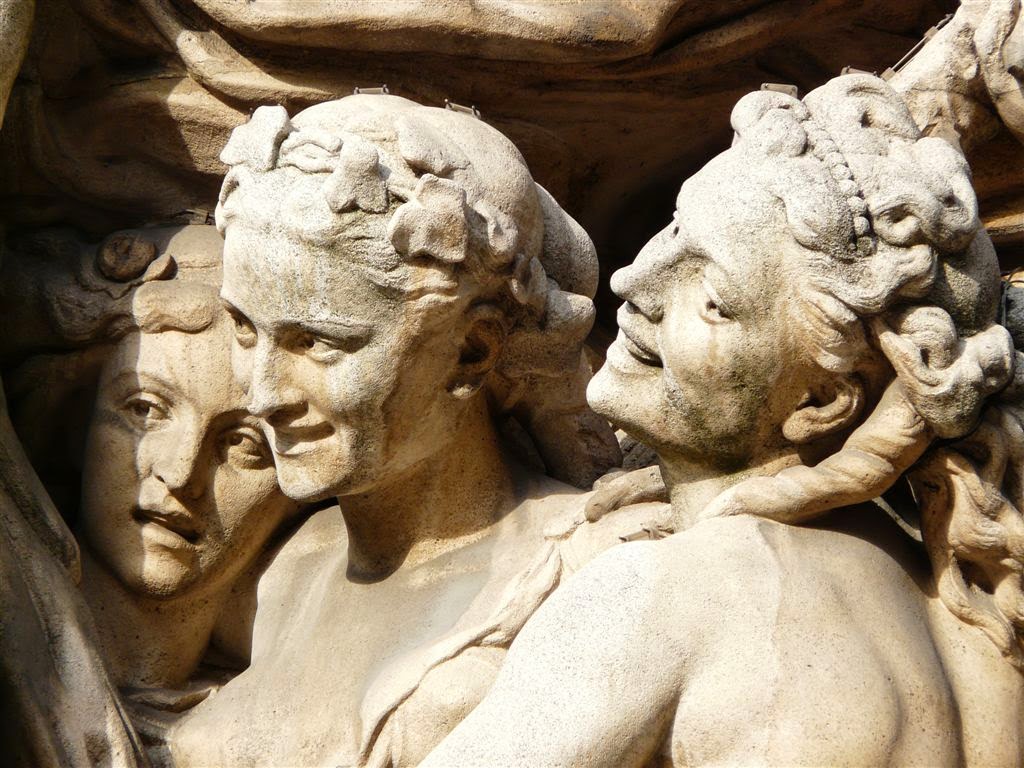 Another of Carpeaux's famous masterpieces is La Danse, created in 1869 for Garnier's new opera house in Paris. This was considered obscene by many and caused quite a scandal, and it might actually have been removed had not the Franco-Prussian War come along to distract the public. 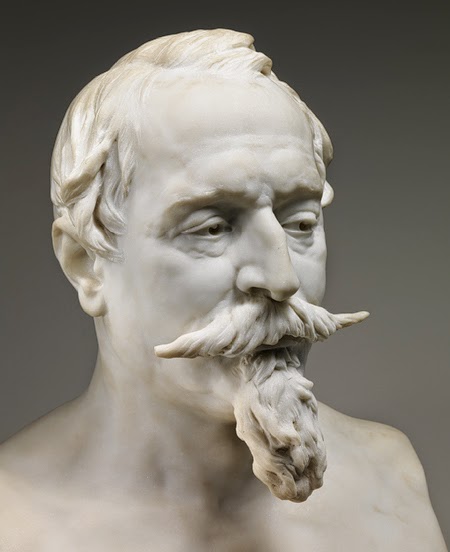 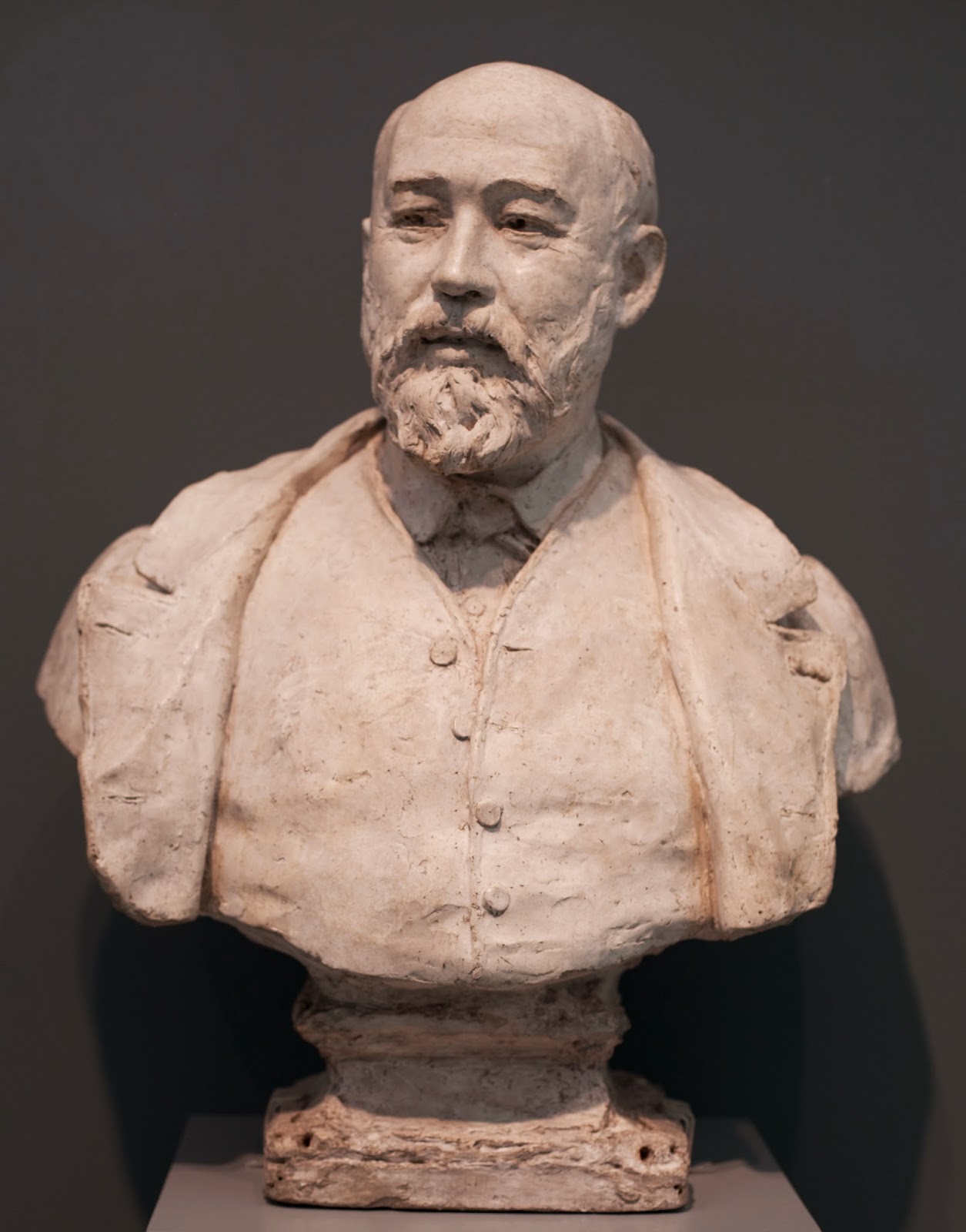 And another of Chardon-Lagache (plaster version because that is what the Met chose to put in their big show a few years back). Carpeaux died at the age of 48, of cancer, after being sick for many years; he also struggled financially for much of his life. Yet except for Ugolino, done when he was young, little anguish shows in his work. 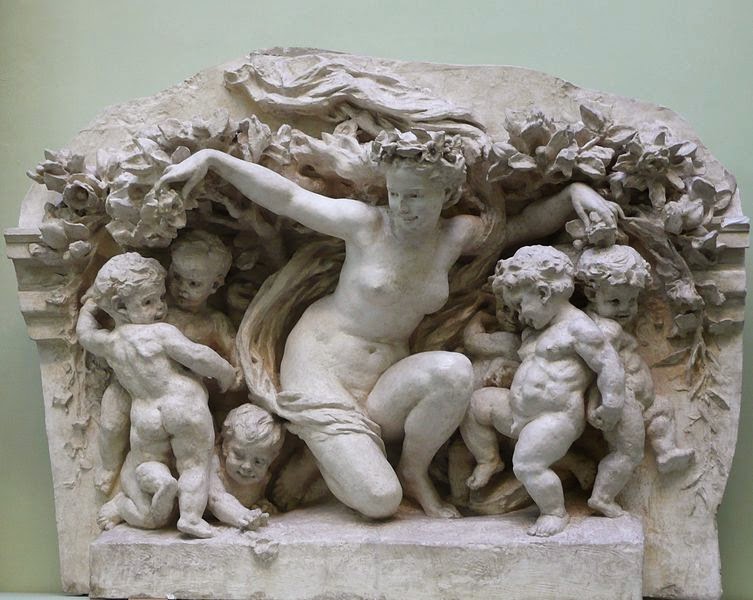 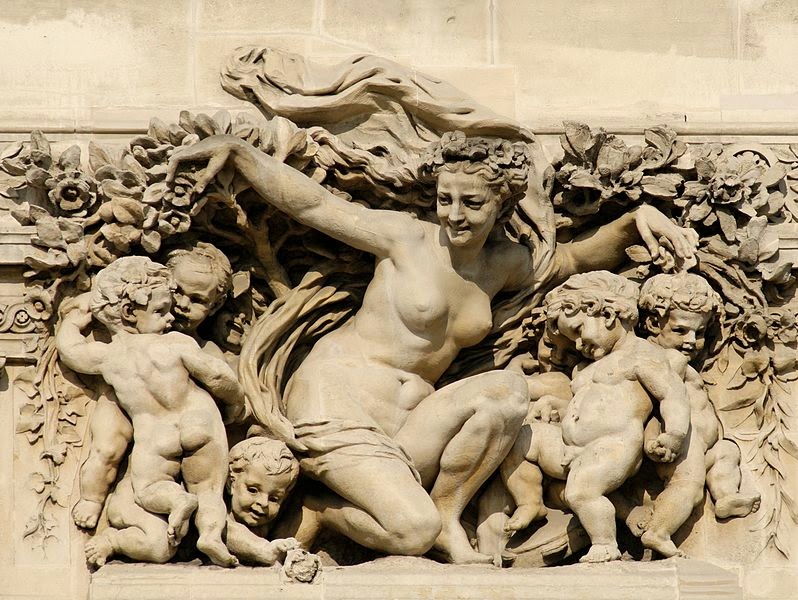 The Triumph of Flora in plaster and marble. 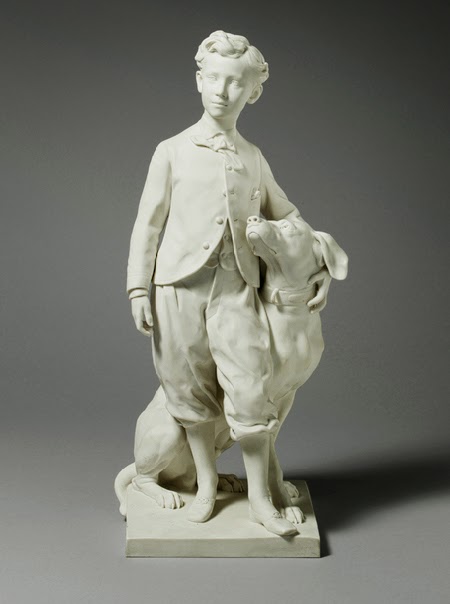 Napoleon III's son with his pet dog, which bore the inauspicious name (or so it seems to me) of Nero. Another work of which many, many copies were sold. 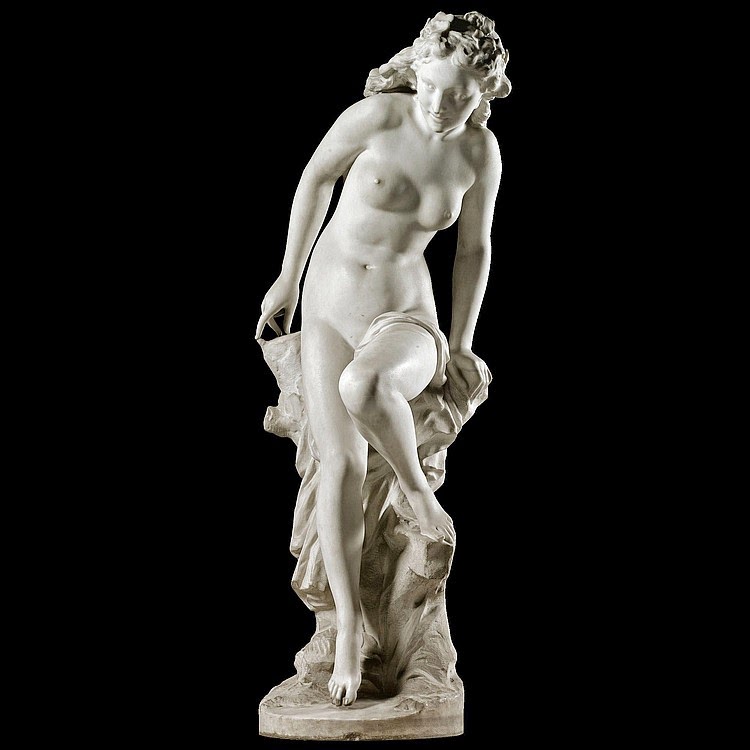 Susannah Surprised by the Elders. 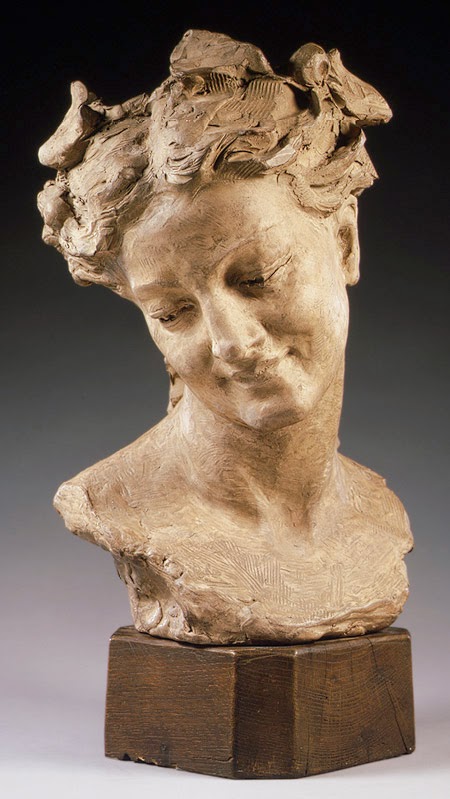