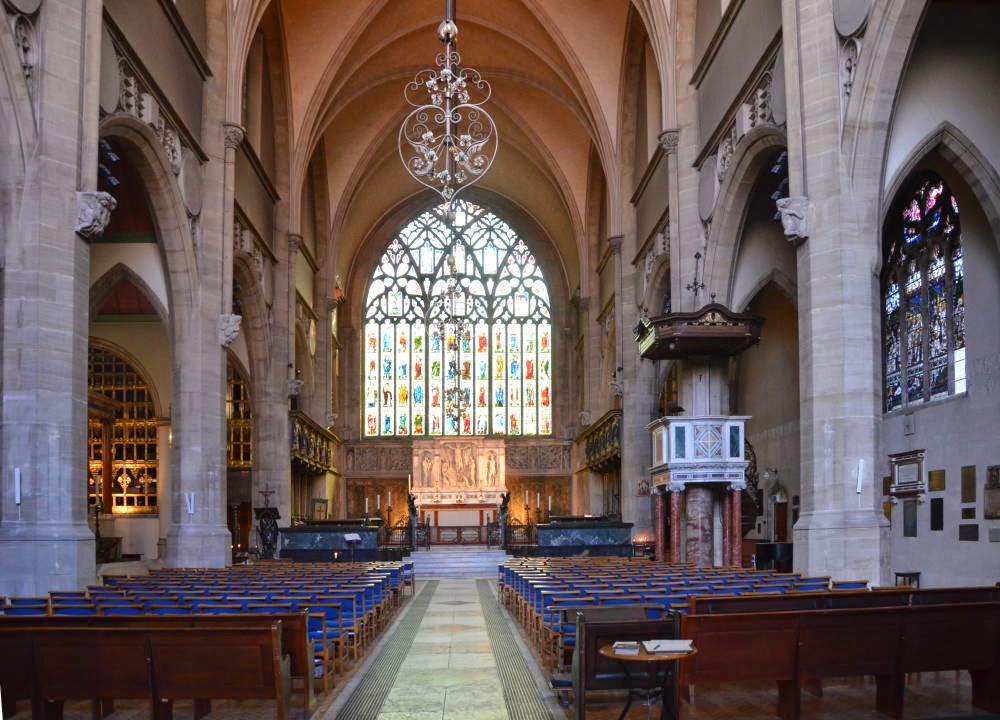 Not all the beautiful churches were built in the Middle Ages. This is Holy Trinity Sloane Street, London (The Church of the Holy and Undivided Trinity with Saint Jude, Upper Chelsea), designed by John Dando Sedding and built in 1888-90. The church was decorated by a raft of artists associated with the Arts & Crafts movement, including Edward Burne-Jones, William Morris, H.H. Armstead, and Frederick William Pomeroy. 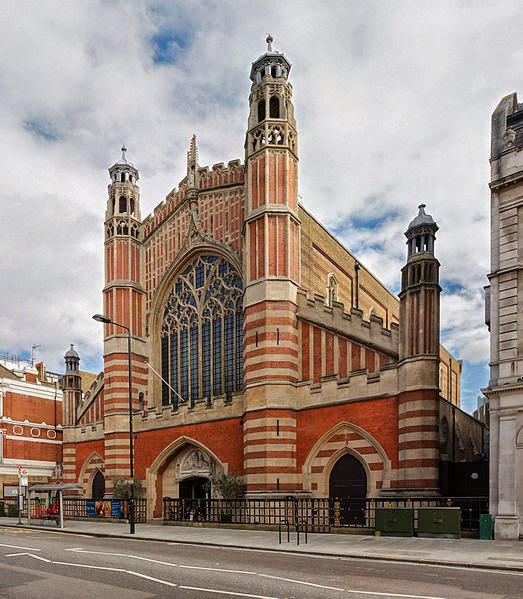 It has been called the "cathedral of the Arts & Crafts movement." It is a huge building, wider than St. Paul's although not as long or tall. 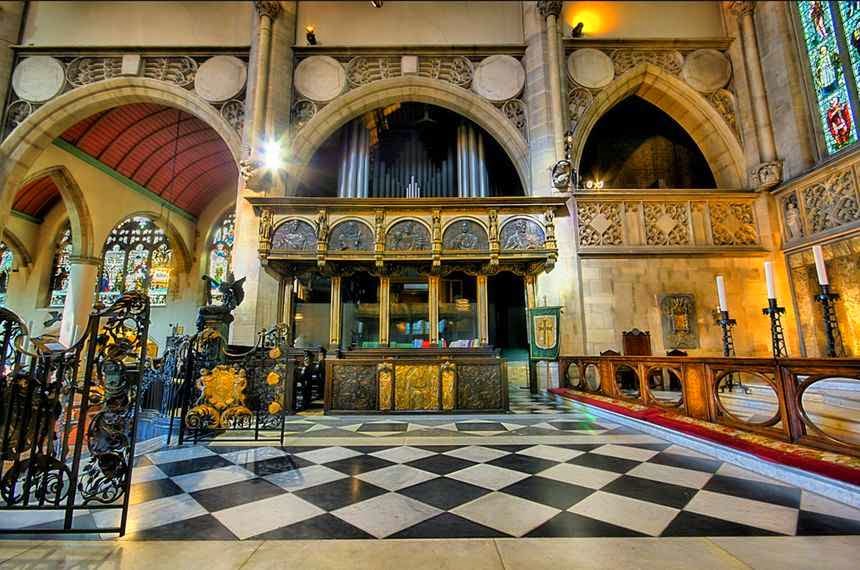 Sedding wrote that a church should be ‘wrought and painted over with everything that has life and beauty—in frank and fearless naturalism…’. 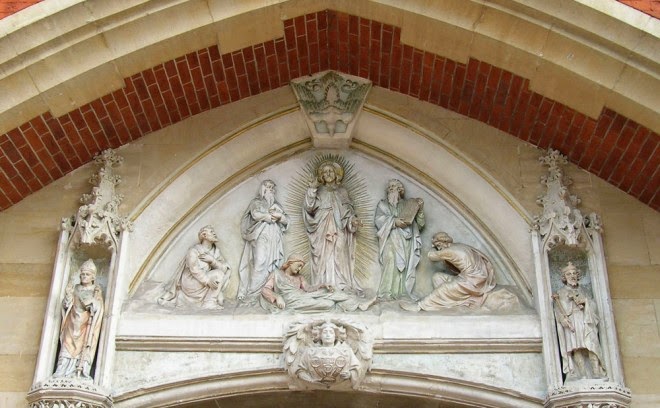 Sedding as also a religious man whose ideas about worship are quoted on the church's web site:


It is well for a man to have a circle of religious exercises that can so hedge him about, so get behind his life and wind themselves by long familiarity into his character, that they become part of his everyday existence…

The leaders of the Arts & Crafts movement were mostly serious Christians, something their contemporary admirers have largely forgotten. They considered faith the highest possible use of their art, and much of their most beautiful work as done for churches and chapels. 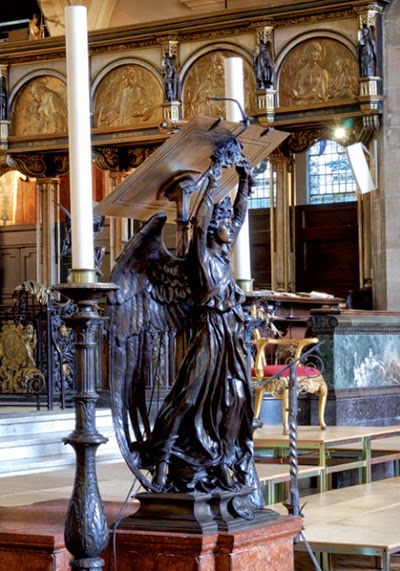 The richly decorated interior features many sculptures in bronze, stone, and wood. This lectern is by H.H. Armstead. 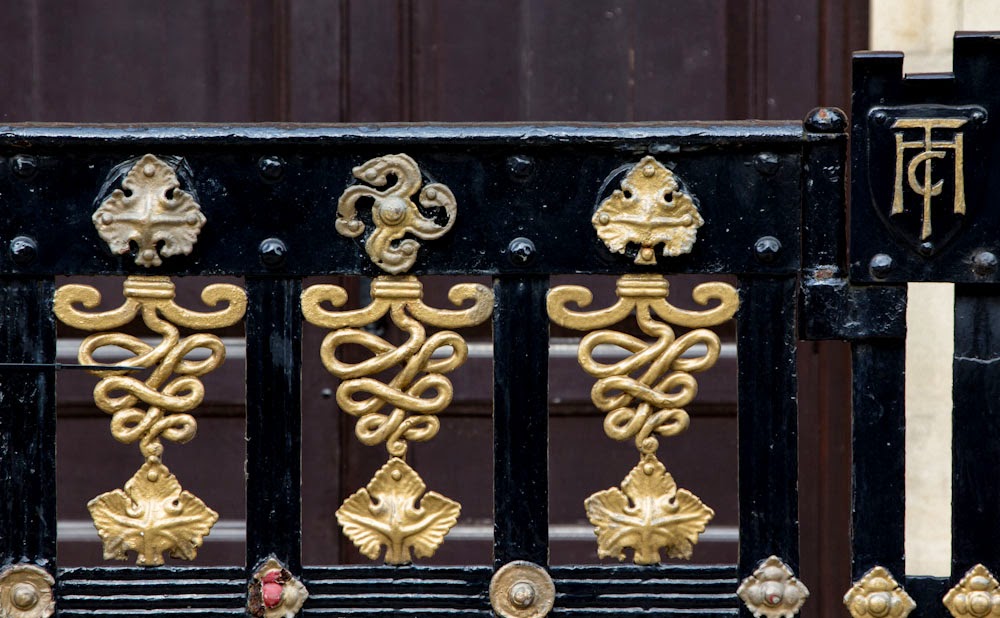 The church was badly damaged by incendiary bombs in World War II but was restored by the early 1960s. At one point the church hierarchy considered demolishing the structure to replace it with something smaller and less expensive to maintain. A campaign to preserve the building, led by Poet Laureate John Betjeman and the Victorian Society, was ultimately successful. 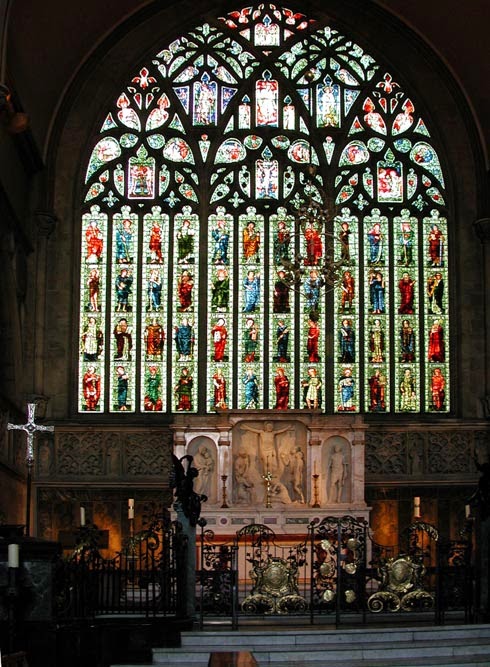 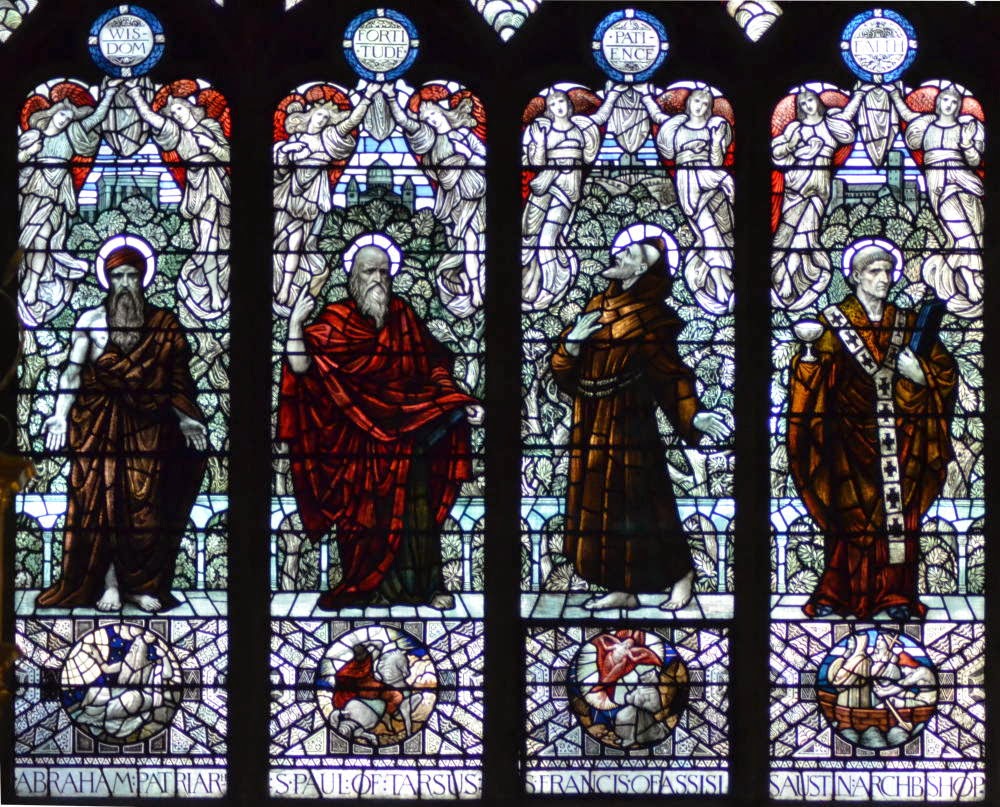 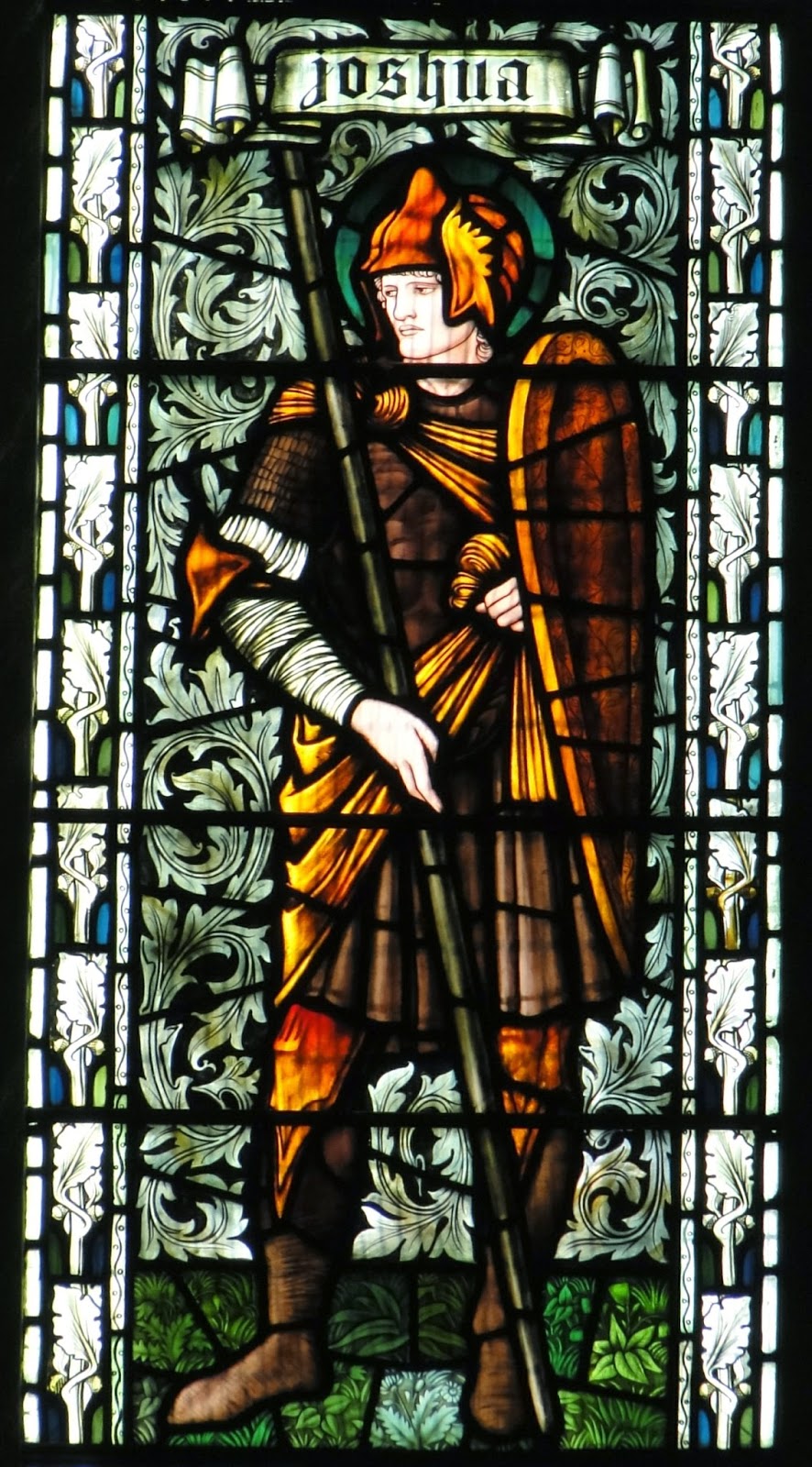 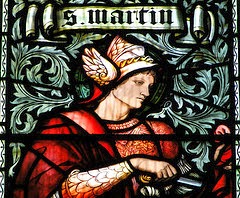 The East Window, designed by Edward Burne-Jones and manufactured by William Morris & Company. Morris may also have worked on the design. 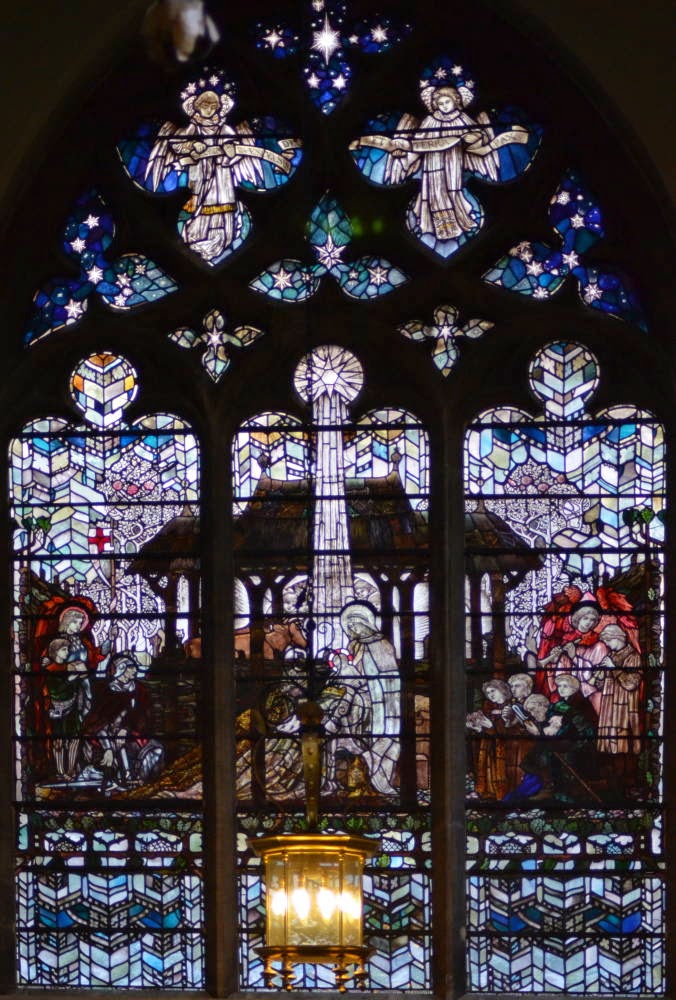 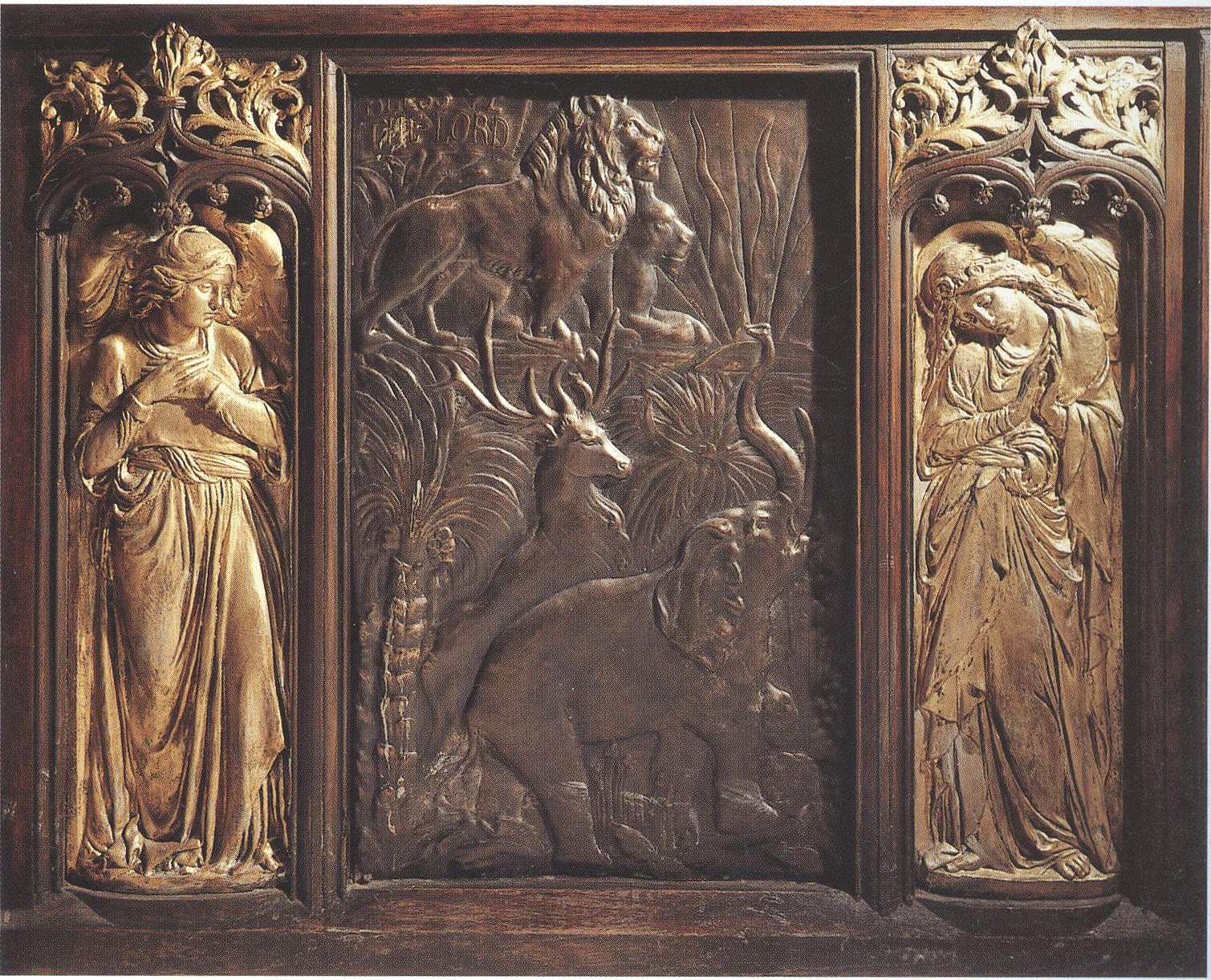 Some of Pomeroy's sculptures. Above, relief panel from the choir stalls. Below, angels and King Alfred. 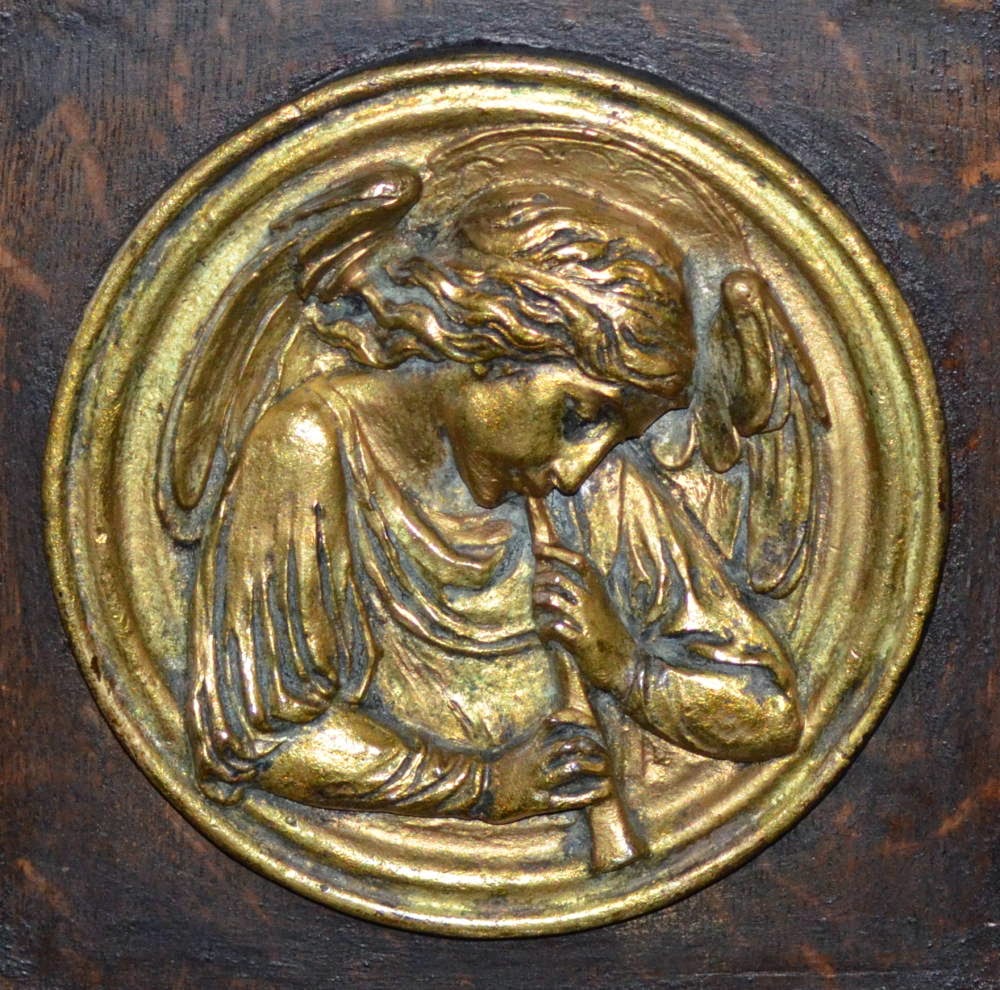 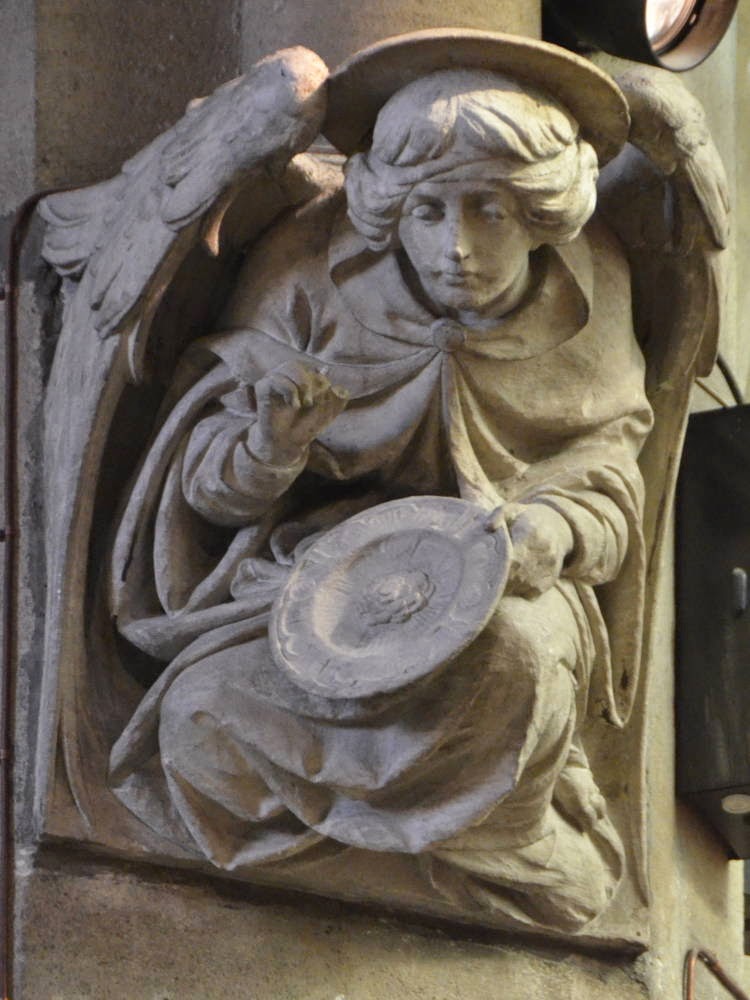 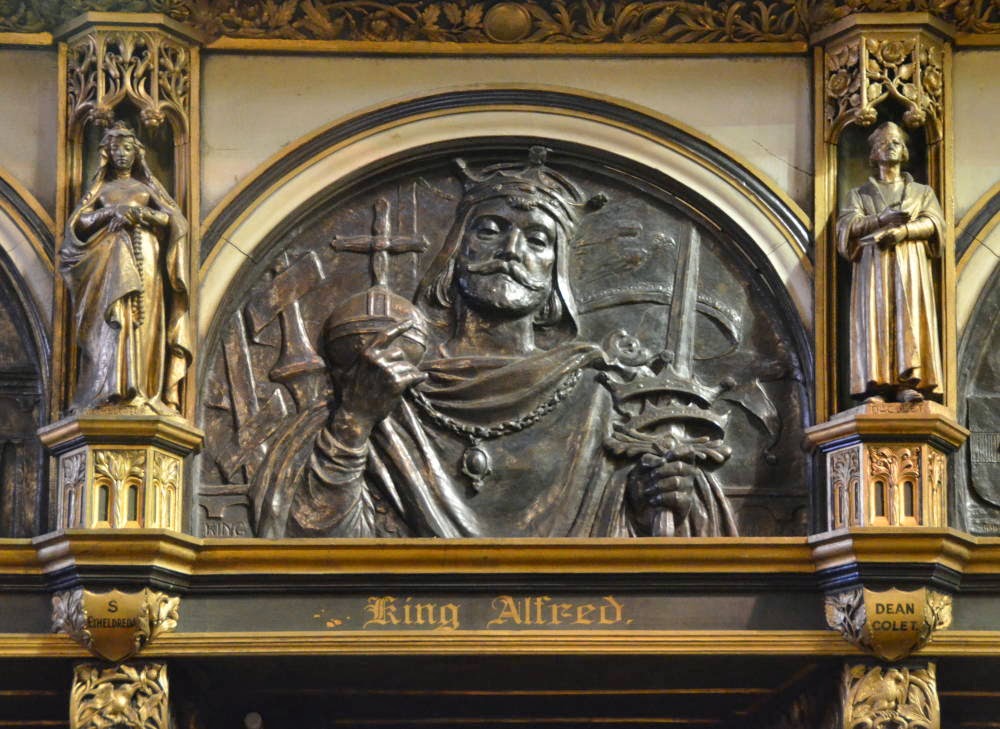 These days the church is quite popular and has a lively congregation, so its future looks bright. 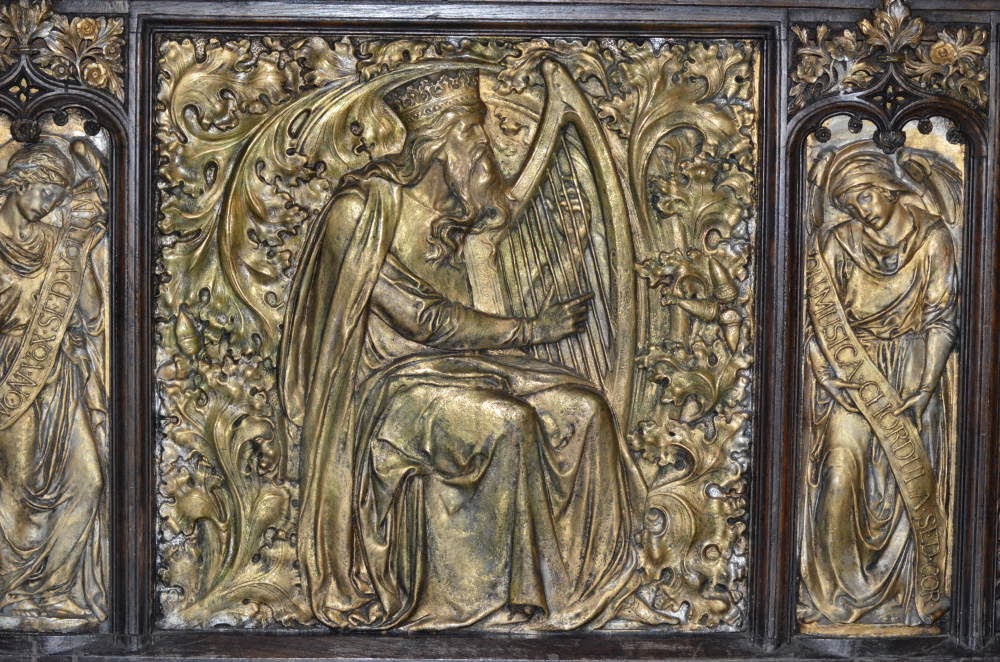