Fourteenth-century manuscript in the British Library. Made in a British monastery, possibly in Norfolk. It seems to be unfinished, since only about half the pictures are colored.. Above, the first day of creation. 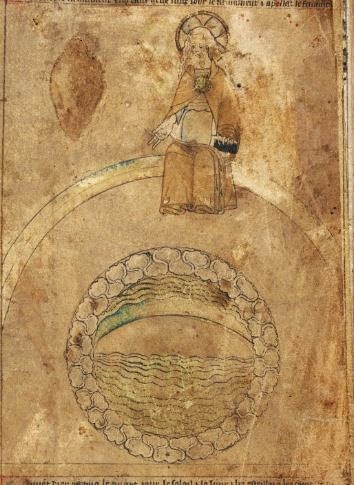 And the second day. 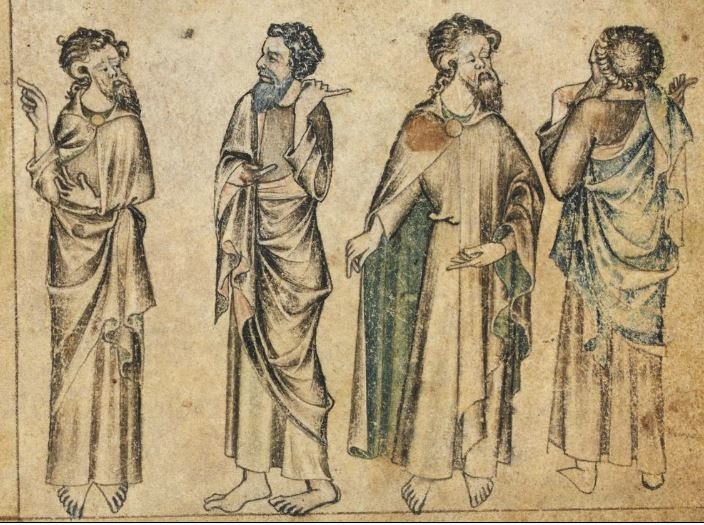 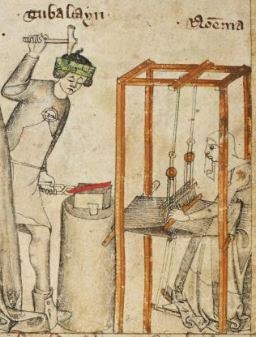 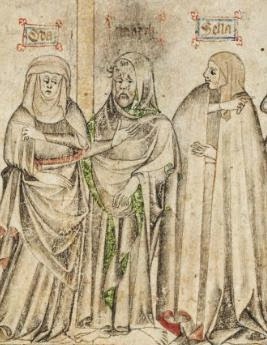 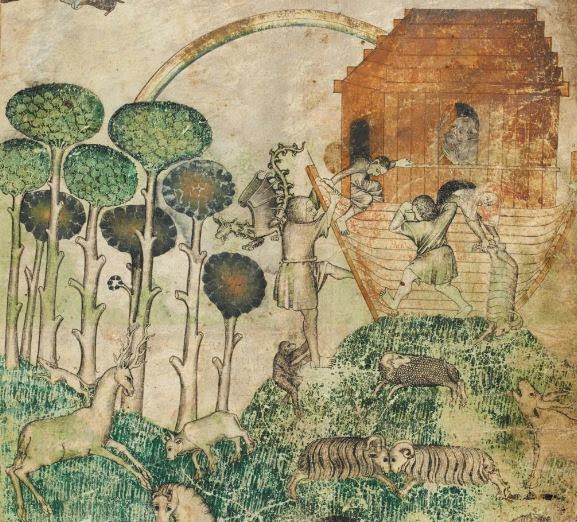 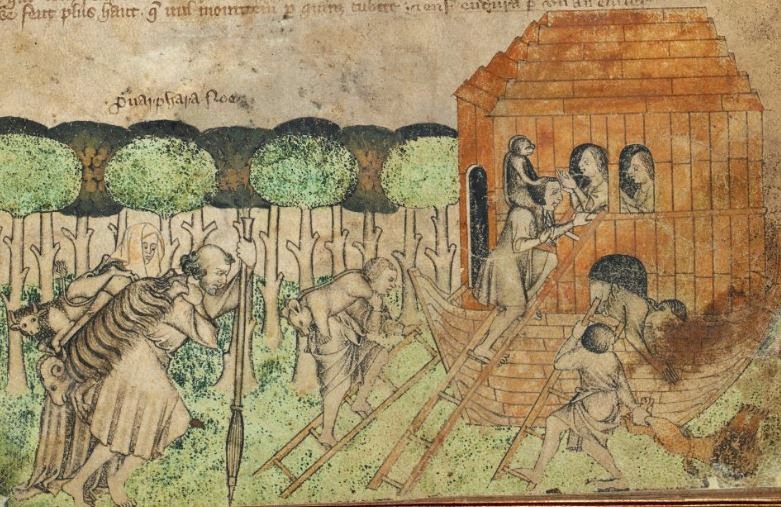 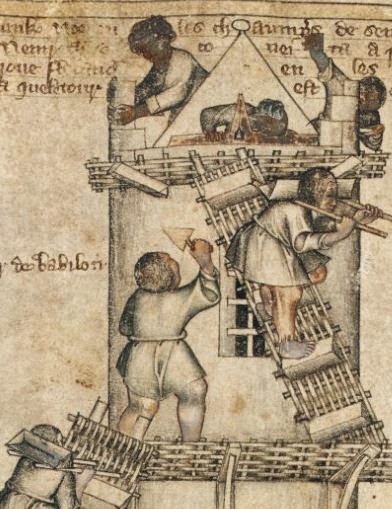 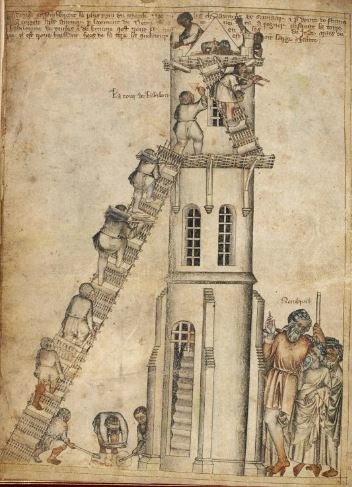 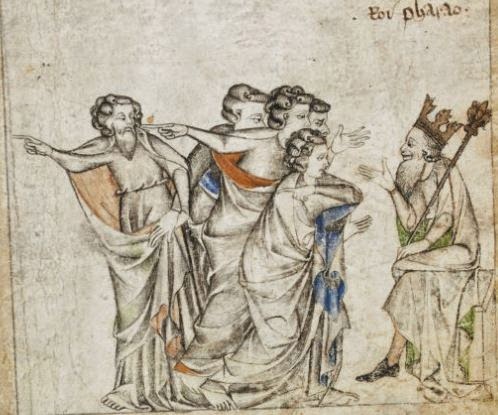 They're trying to tell Pharaoh something. 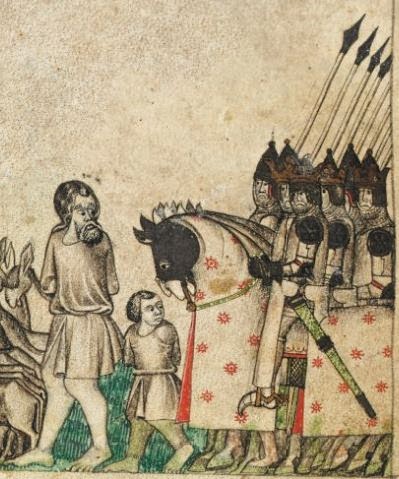 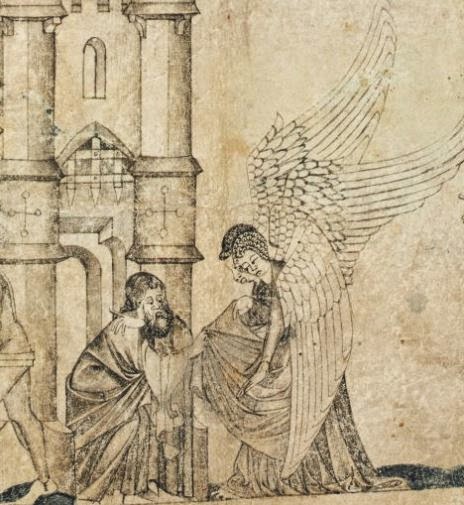 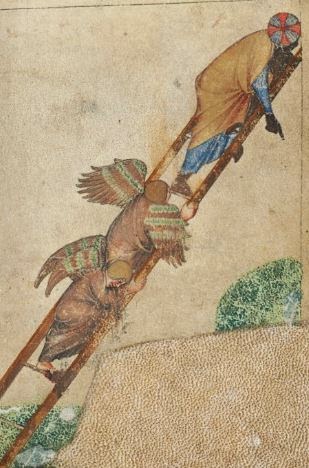 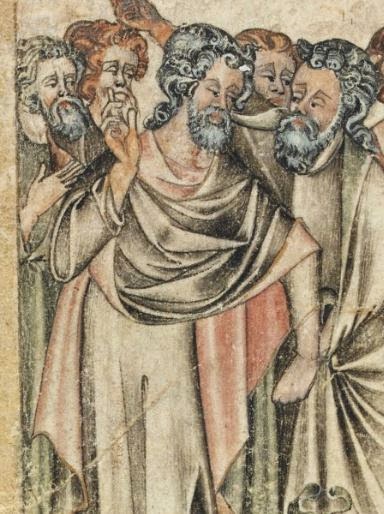 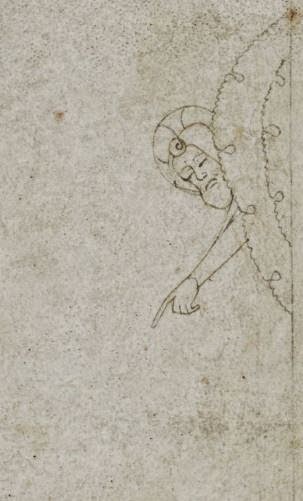 God leans in to command Abraham.
Posted by John at 7:01 AM