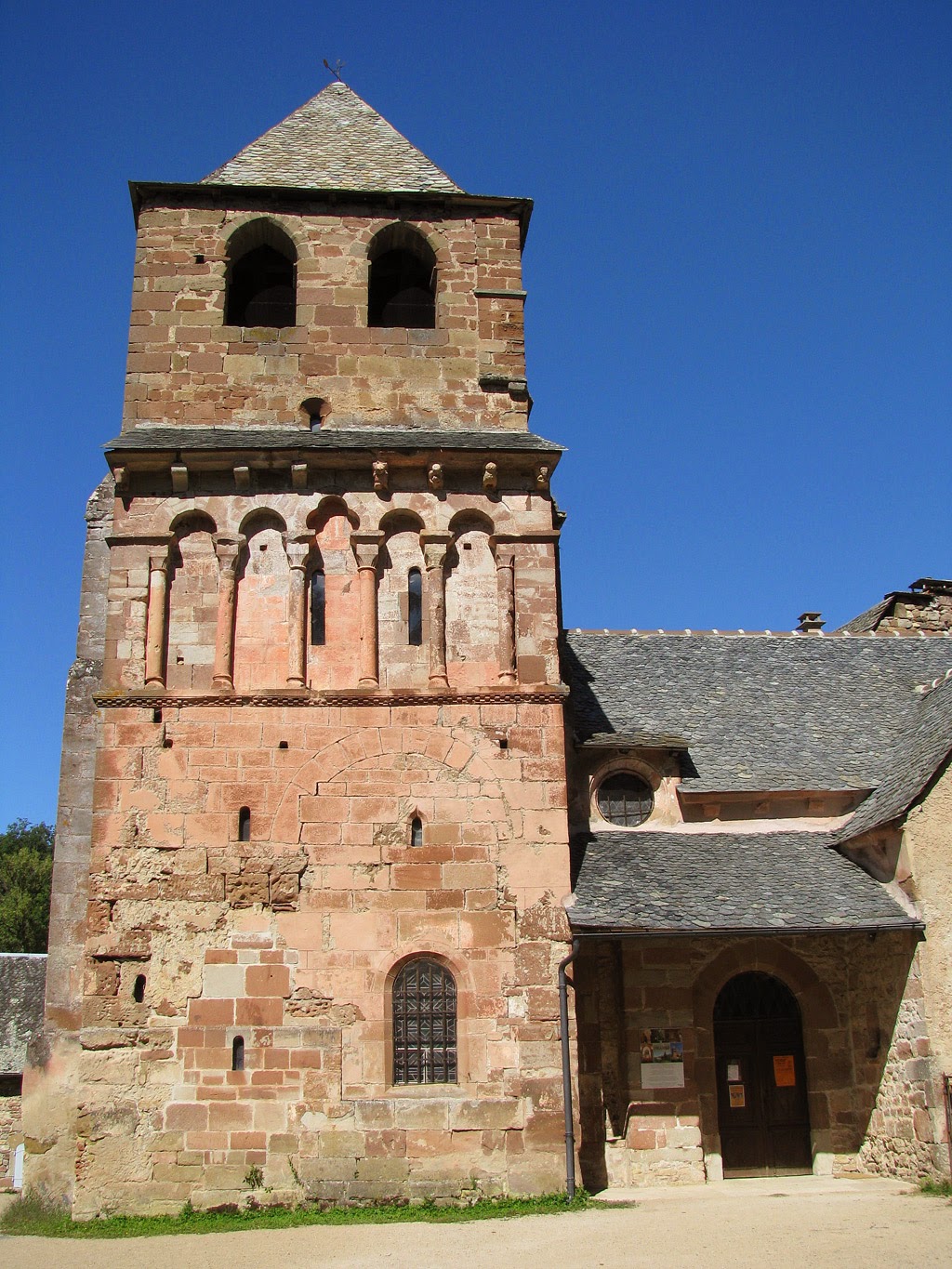 The church at Bessuéjouls in southern France was built in the 1080s in the Romanesque style, another pilgrimage church on the road to Compostella. Then during the Hundred Years War the perfidious English came and destroyed it, or so most French web sites say. French wikipedia less judgmentally offers that the destruction was done par les Anglais ou les Routiers. Routiers were former soldiers who had turned to banditry, and groups ranging from gangs to small armies were a great trial in those days. But whoever was responsible, the church was demolished, only the bell tower surviving. 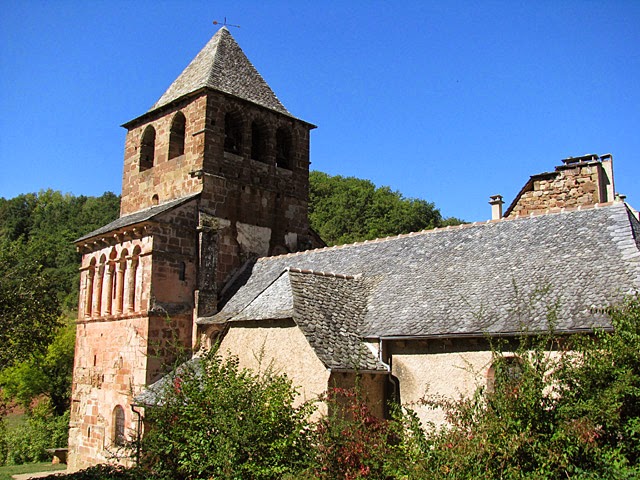 Then in the sixteenth century the local worthies paid to rebuild the church, but their work was so undistinguished that I can't find any pictures of the new interior. 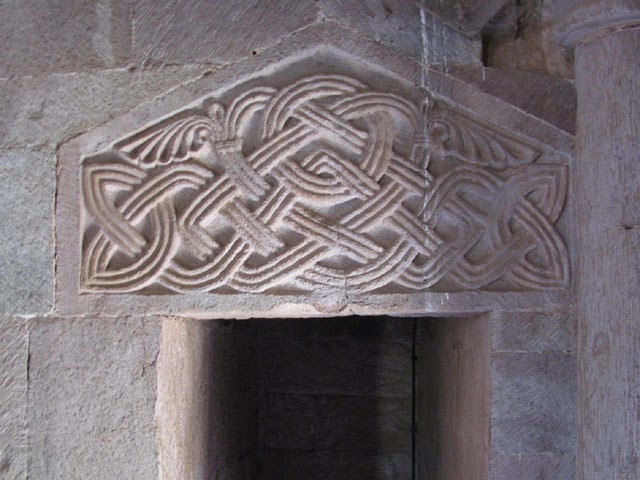 All anyone wants to see is a small "high chapel" on the second floor of the tower. One enters through this doorway. 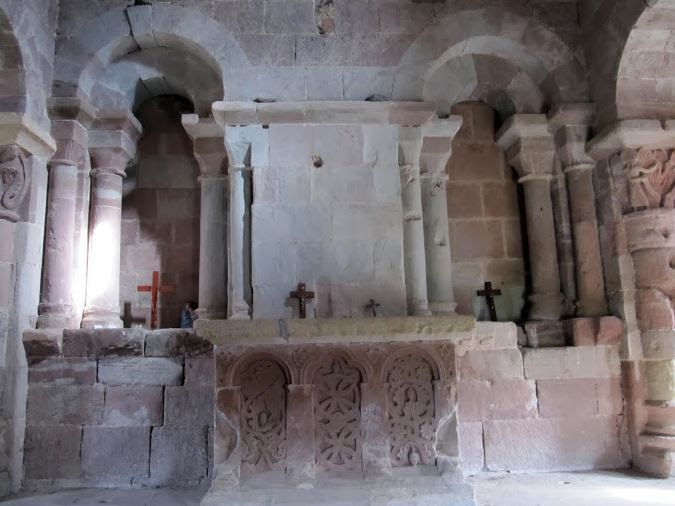 And inside, up the narrow stairs, is a stunning little Romanesque wonder. 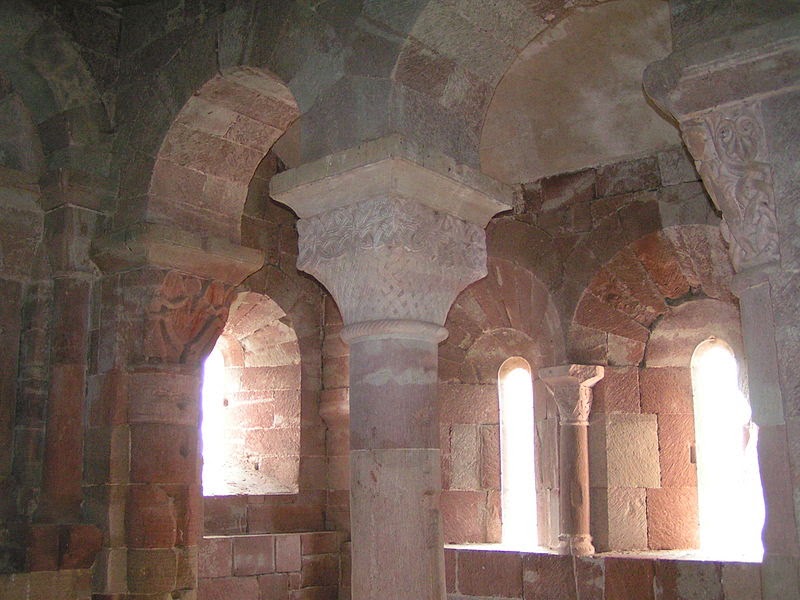 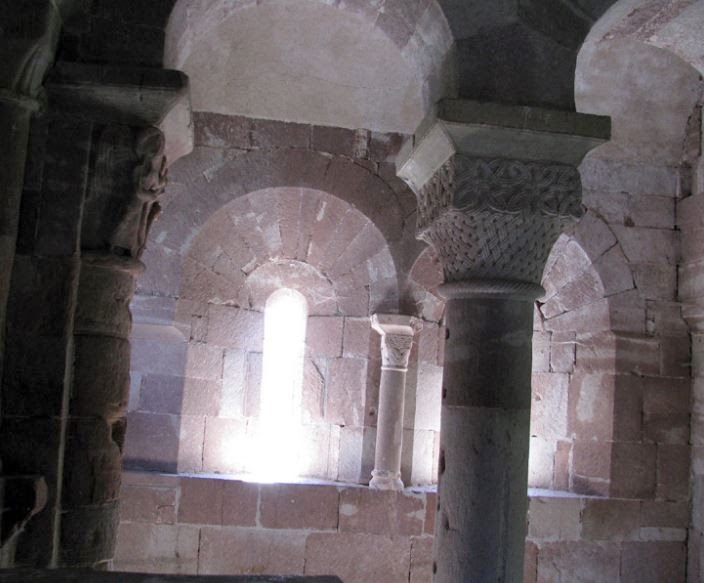 The chapel is dedicated to St. Michael, shown here slaying a dragon. 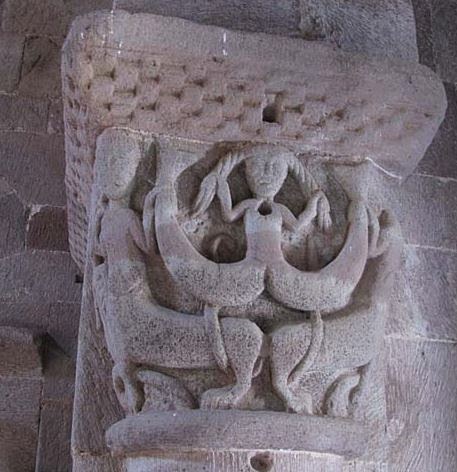 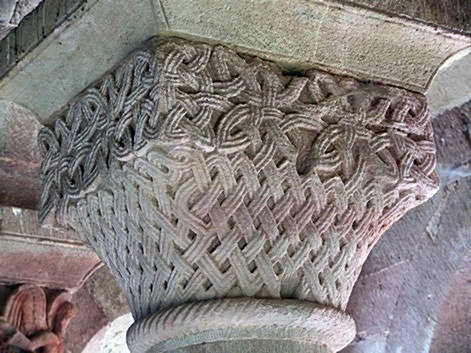 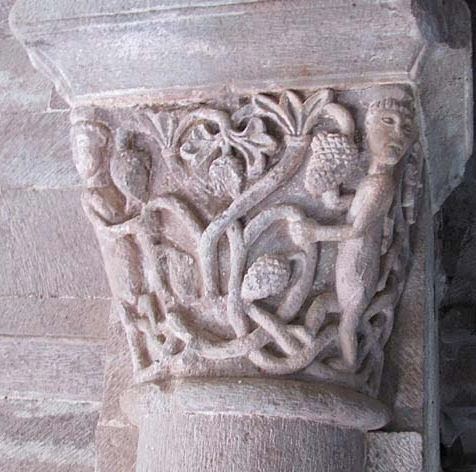 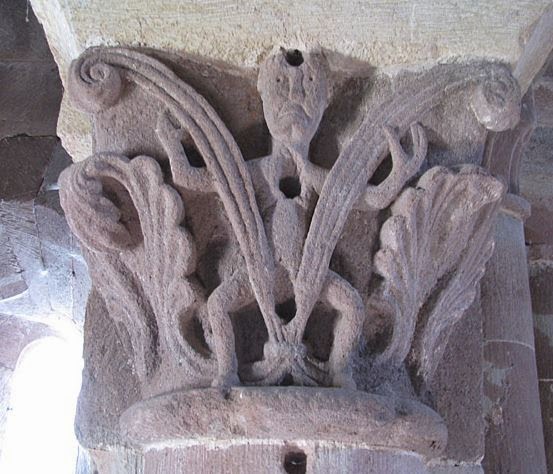 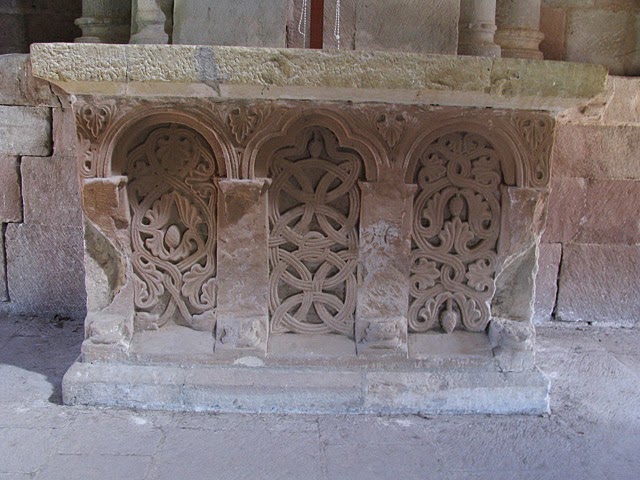 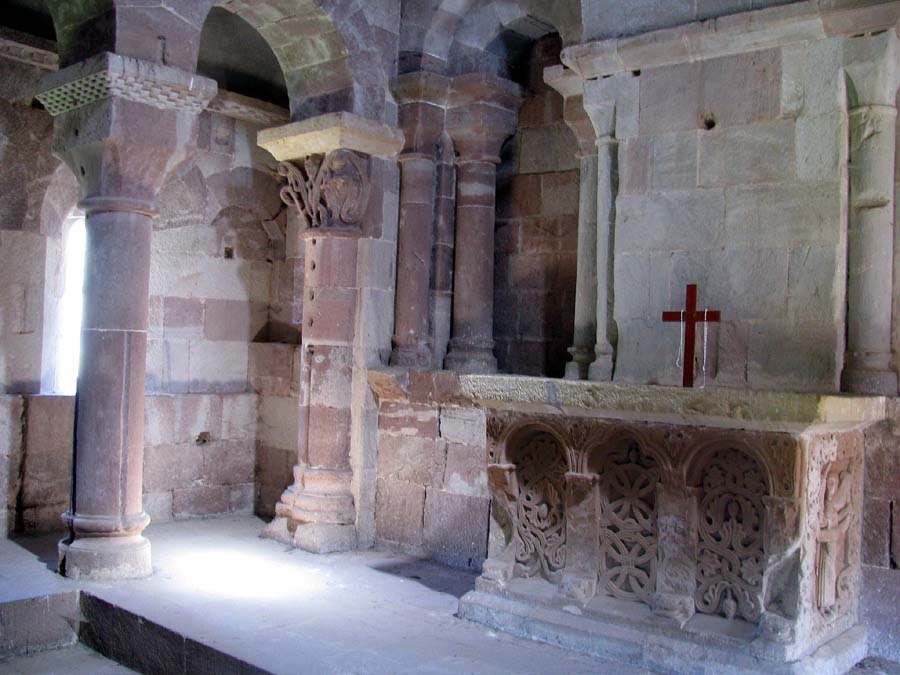 Astonishing, the things that survive in out-of-the way parts of France. More pictures by Julianna Lees here.
Posted by John at 7:43 AM