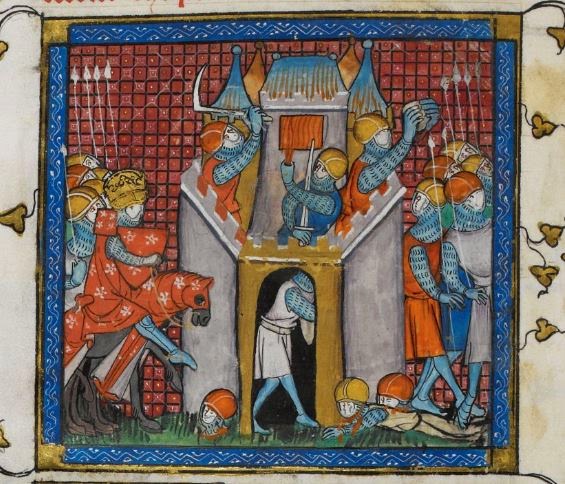 The Grandes Chroniques de France was a history of the French kings composed in the early fourteenth century. More than a hundred copies survive, many of them lavishly illustrated. These pictures are from the copy in the British Library, every wonderful page of which is now in their online collection. This copy was prepared for the future Jean II as Duke of Normandy (1332-1350), before his assumption of the throne. The text of the chronicle extends from the mythical origins of the French to the death of Louis IX (1270). This illustration shows the Siege of Troy. 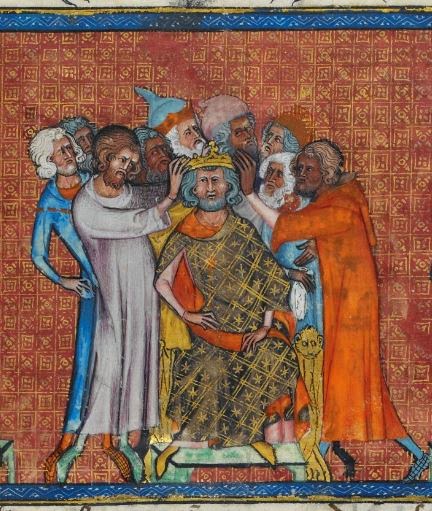 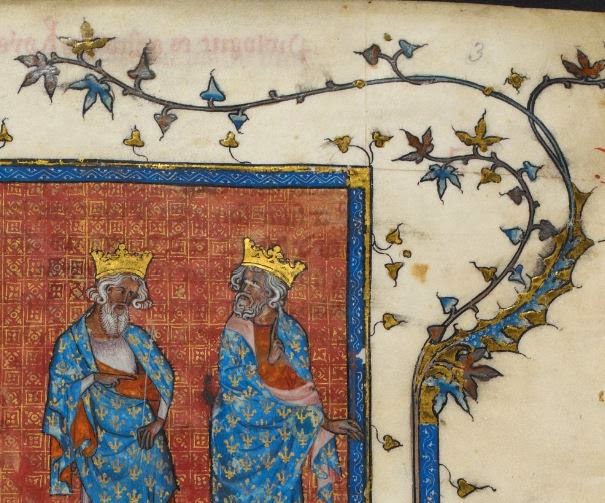 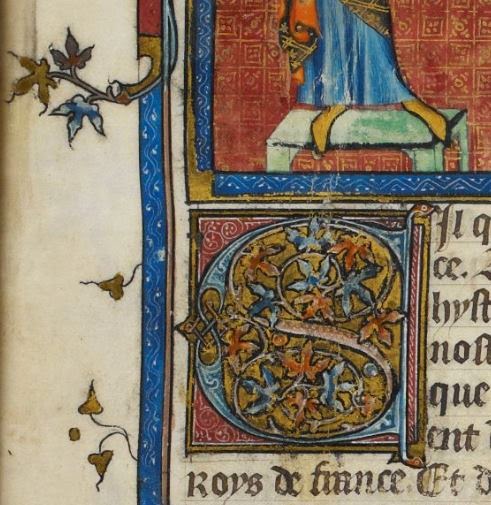 Images from the first page, showing the range of decoration. 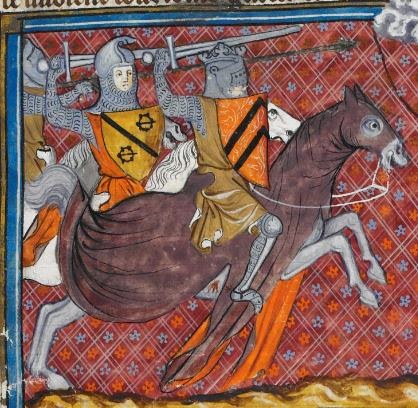 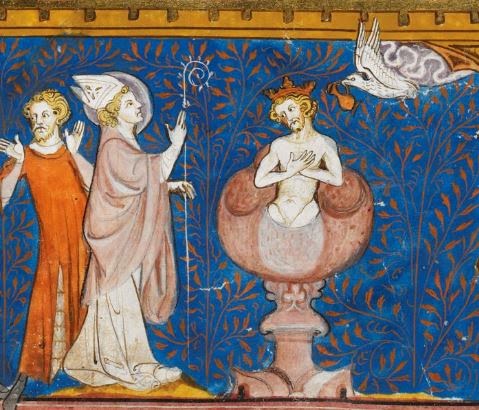 The Grand Chronicle is a huge work, more than 900 pages, and this edition has more than 150 illustrations. The section on the early Merovingians closely follows the Historia Francorum of Gregory of Tours, and since I just taught this work I was especially interested in these illustrations. Above, Clovis in battle, and his baptism. 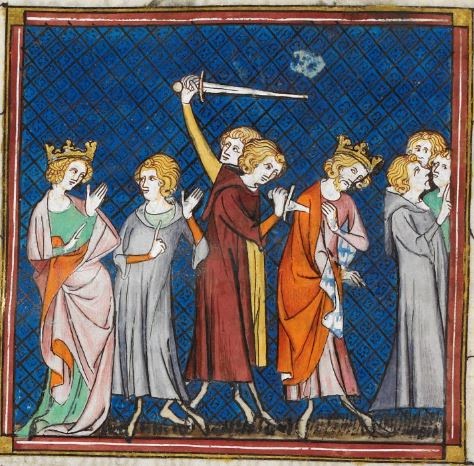 Queen Fredegunde takes revenge on the alleged witches of Paris after the death of her first son. 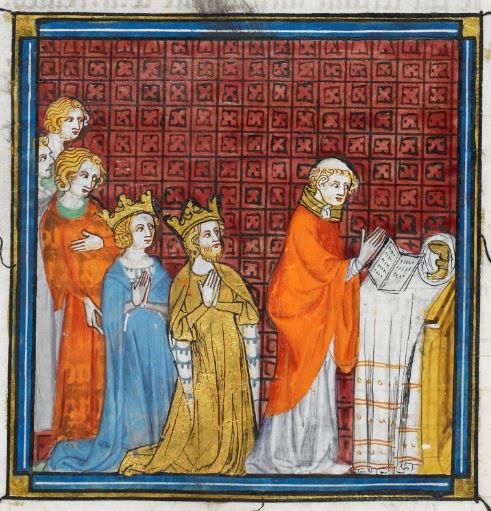 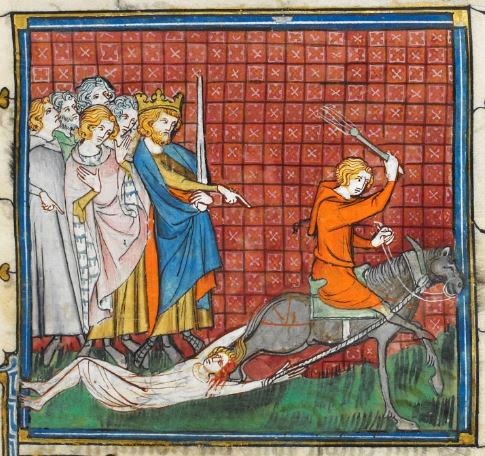 The marriage and then the death of Queen Brunhilde. Her great enemy Fredegunde's son had her dragged to death behind a horse. 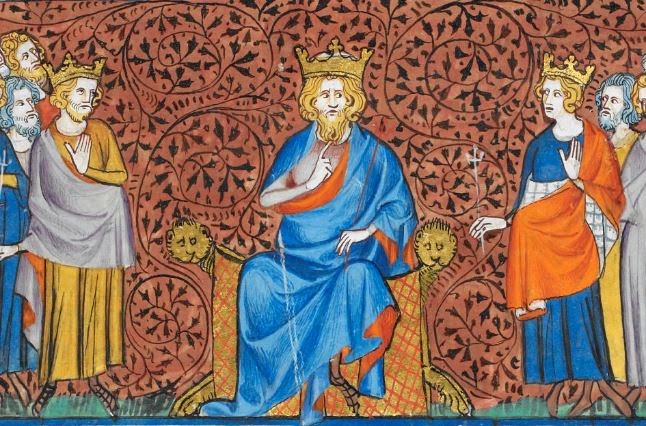 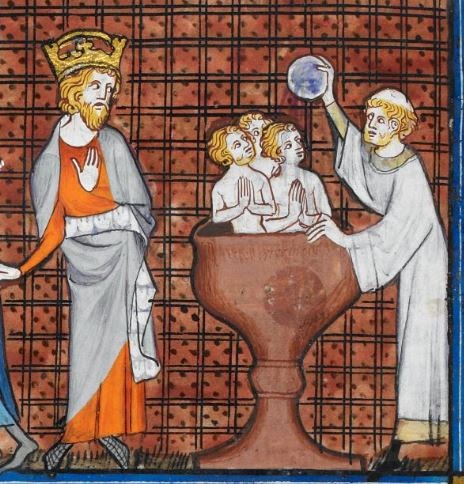 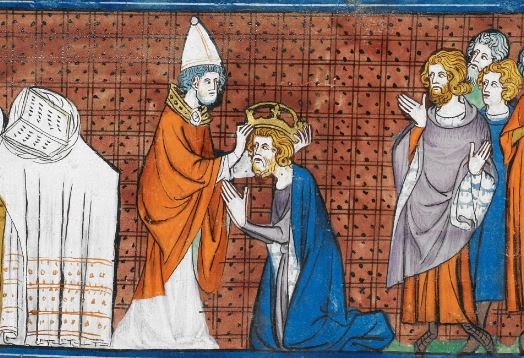 Charlemagne crowned emperor by the Pope, in 800 AD. 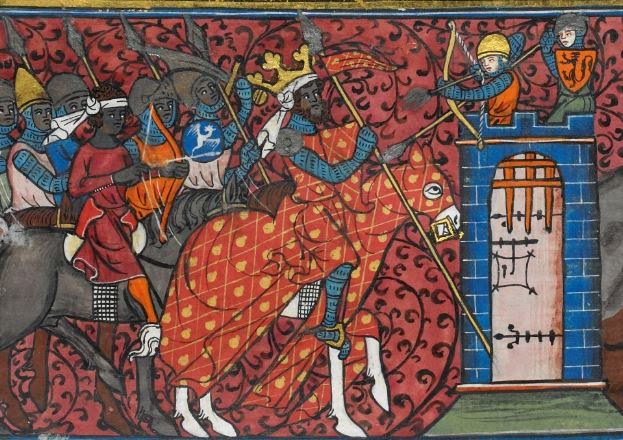 Saracens attack a castle, a scene from The Song of Roland treated as history. 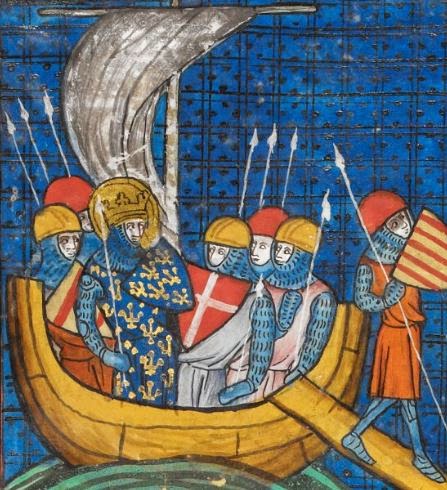 St. Louis landing in Tunis while on crusade. It has been a lot harder for me to get work done at home since all these manuscripts were put online.
Posted by John at 7:01 AM