Selective Infanticide and the Viking Expansion 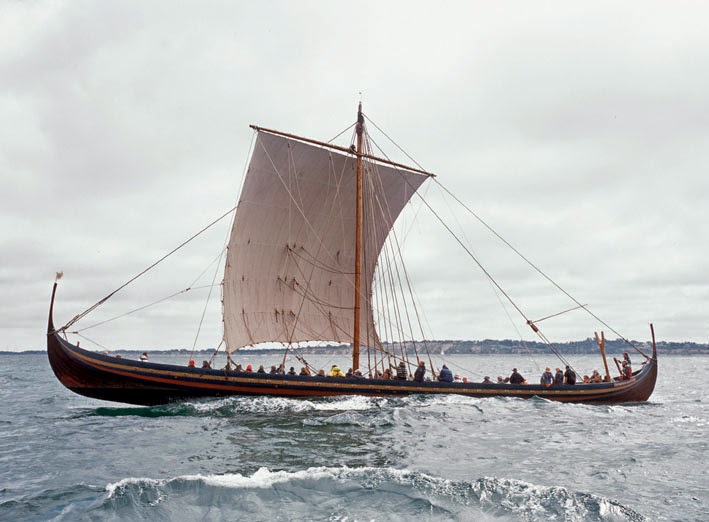 Starting around 790 CE, the Vikings exploded across Europe, first trading and raiding, then conquering and settling. But why? Where did all of those Norse warriors come from?

There have been all sorts of theories. James Barrett has a review article in the latest Antiquity, and Archaeology in Europe has a summary. Barrett rejects that notion that the Viking expansion was driven by new technology; since Saxons raided across the North Sea in Roman times, whatever boats they had then were adequate to the task. He also rejects climate change. He ends up focusing on competition for wives among "surplus" men, and a sort of ideology of conquest and raiding:


The Scandinavian diaspora was not a product of technological, climatic or economic determinism. Nor did it result from 'overpopulation' or the lure of weak neighbours. Instead, bands of 'surplus' young men (perhaps resulting from selective female infanticide) in need of bride-wealth may have set out in search of treasure. As has long been recognised, they were joined by would-be chieftains, royal deputies and exiles - seeking wealth to prevail in the face of increasing competition within Scandinavia. 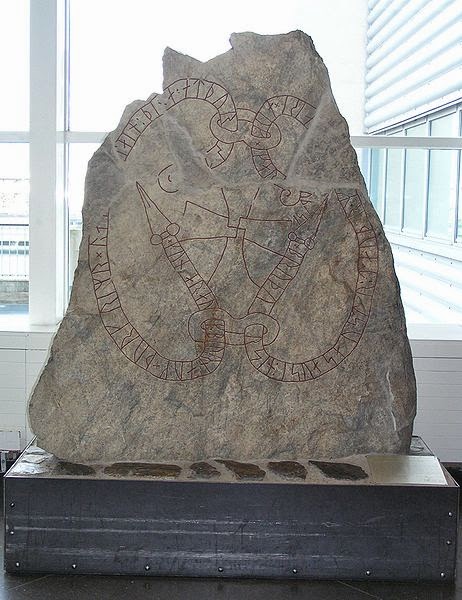 The ideological factor is obvious in the sources. Vikings who crossed the sea to fight for loot or land were greatly honored; raiders returning with chests full of silver were the new Scandinavian elite. Those who failed to return were memorialized in song and stone. In 1036 a Viking named Ingvar the Far-Traveled led 26 ships of Swedish mercenaries to the south coast of the Caspian Sea to fight in a civil war there; most died of disease, and only one ship returned. This was a crazy thing to do, but the deeds of Ingvar's men were remembered in a saga, and relatives of the fallen set up many rune stones in their memory. Twenty-six of these "Ingvar Stones" survive. Viking boys grew up hearing about the deeds of men who found glory across the sea, and many longed for their own voyages of adventure. The biggest threat to a Scandinavian king was that some exiled relation would return from overseas with a ship full of silver and an outsized reputation and toss him off his throne. 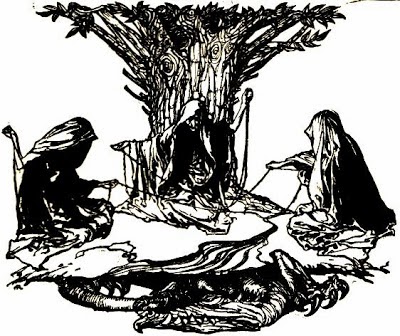 Barrett also puts some emphasis on the Vikings' attitude toward fate. Norse paganism taught that the span of your life was fixed at birth, and a man who accepted this might reason that since staying home and playing it safe could not extend his life, he might as well have some adventures and win some glory. 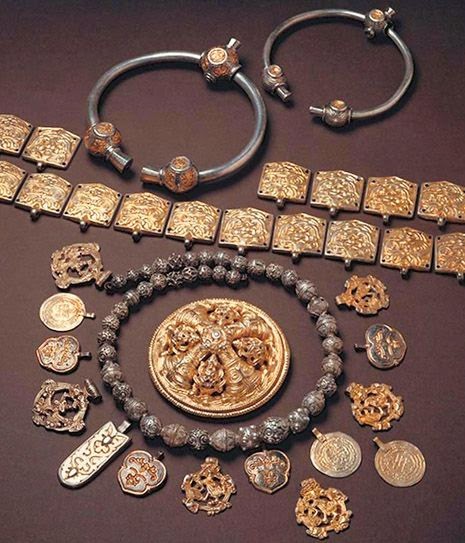 The notion of selective infanticide and surplus men is not really in the sources. We do know that the Vikings practiced infanticide, and certainly most societies that do this kill mostly girls. Barrett argues from some indirect evidence here, for example that most of the foreign loot found in Norway and Denmark comes from the graves of women. There are also a few cases in our records of Vikings paying very high bride prices for desirable women, which suggests a sellers' market. I find this intriguing but hardly proved. If it is true, it makes a darkly fascinating connection between Scandinavian family life and a phenomenon that reshaped Europe and the Atlantic world.
Posted by John at 12:44 PM