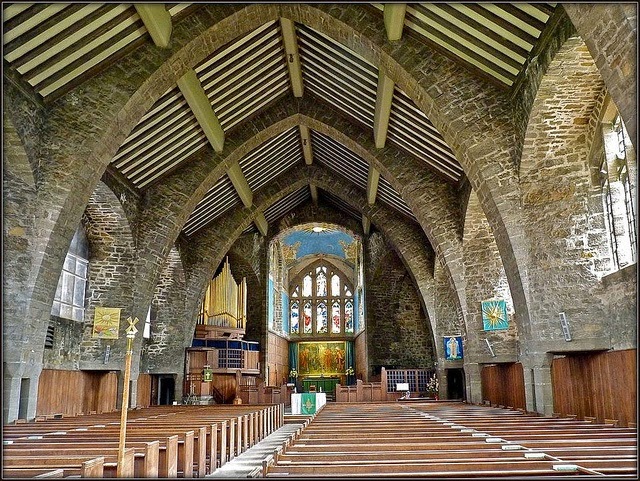 Another wonderful church of the modern era: St Andrew's, Roker, designed by Edward Schroeder Prior and built in 1905-7. 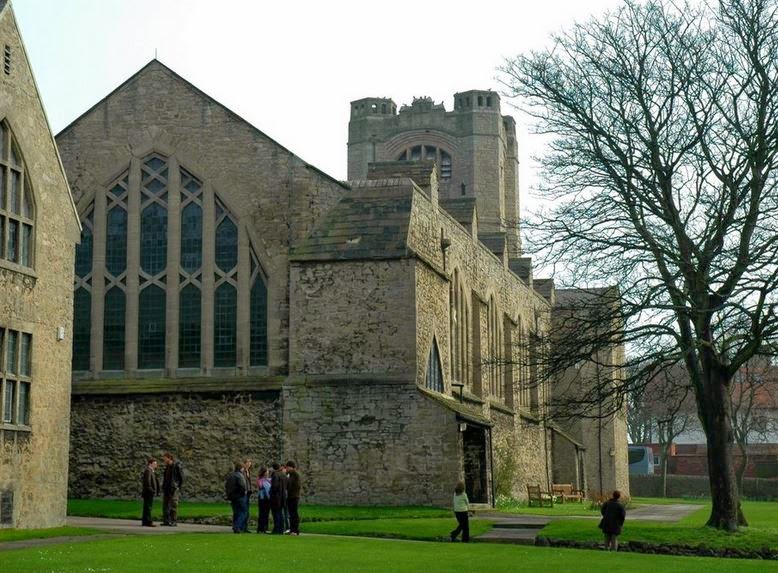 Prior was a Cambridge man from London, but once he got involved in the Arts & Crafts movement he developed an affection for local materials and regional styles. He also had definite ideas about church architecture. A church, he wrote, should be "a dignified distinct building dedicated to the service of the Church." Of his contemporaries he complained, "Church architecture, least of all, has been able to go beyond the trivial efforts of traditional picturesqueness; least of all our building it has been monumental". 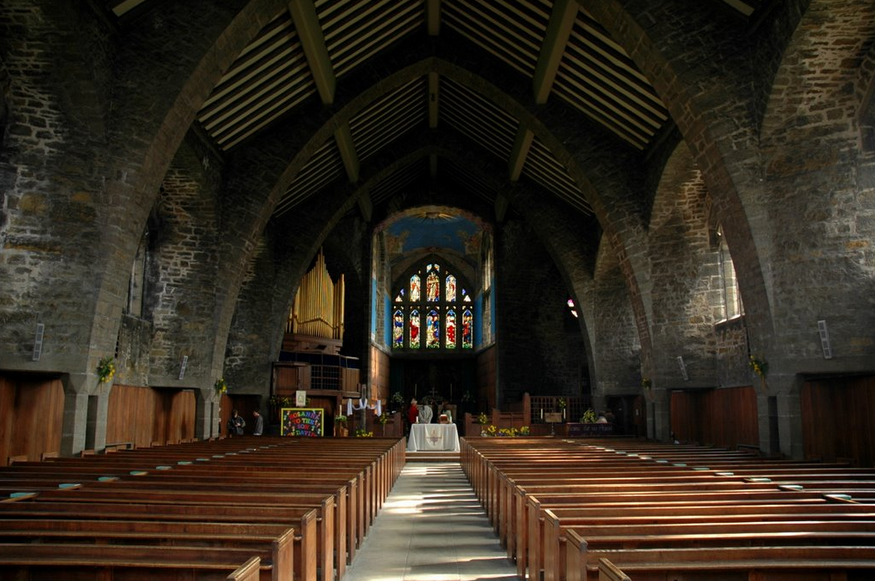 Roker is a suburb in Sunderland, in the north of England. In the early 1900s it was a rapidly growing residential area but when a subscription was taken to build a new church, not enough was raised. Then ship building magnate John Priestman stepped in with £6,000 and a couple of conditions. First, the church tower had to be visible from the sea, and second, the church had to seat 700 people, all of whom could see the altar. Prior's first design could hold less than 600, and because it had nave columns in the usual way, not all of them could see the altar. So he rethought his approach and replaced the columns with these buttressing arches. 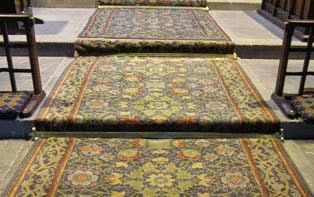 The church was decorated by Arts & Crafts stalwarts. The carpet is by Morris & Company, 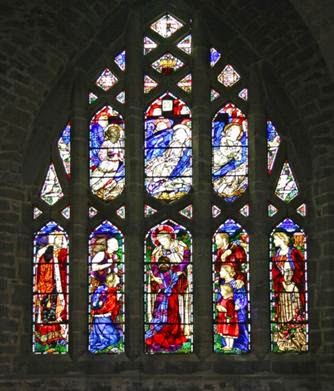 some of the stained glass by Henry Paine, 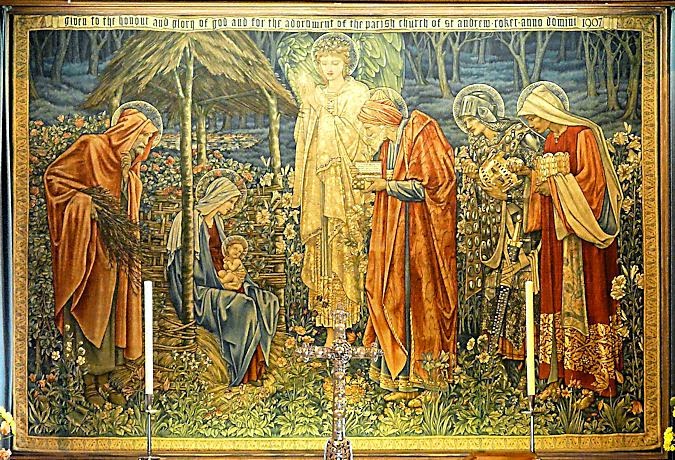 and for high holidays they bring out this wonderful Edward Burne-Jones tapestry of the Adoration of the Magi. 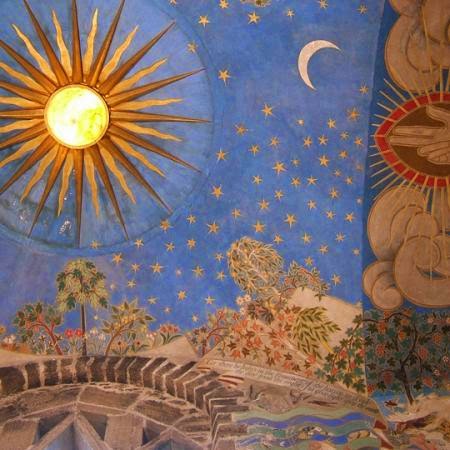 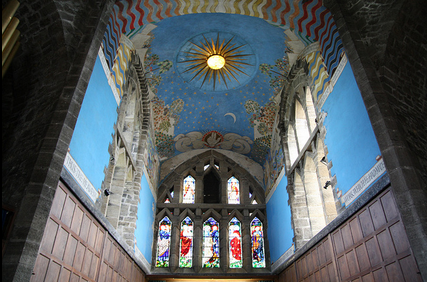 The choir was painted in the 1920s with this charming evocation of the creation. 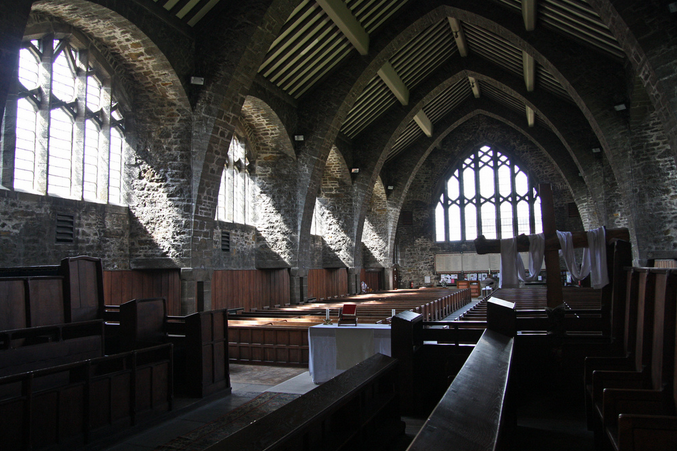 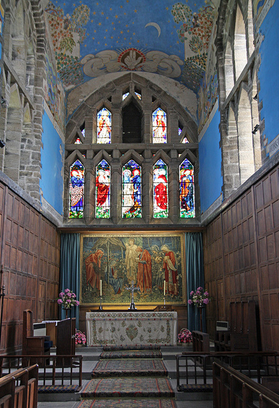 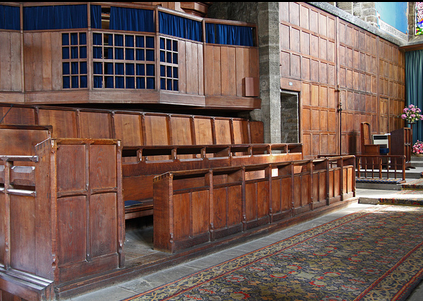 Other wonders are found throughout. 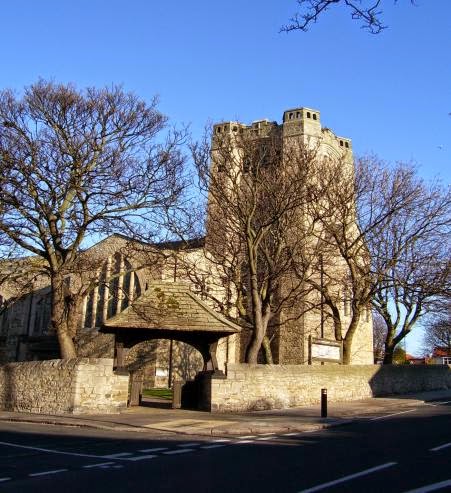