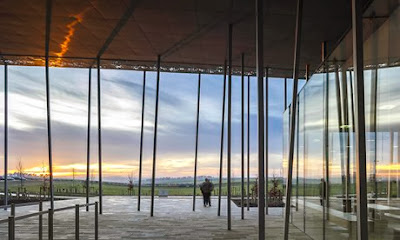 My reaction to the newly opened Visitor Centre at Stonehenge is that is exactly what I would expect from a building that had to be approved by at least a dozen different committees. 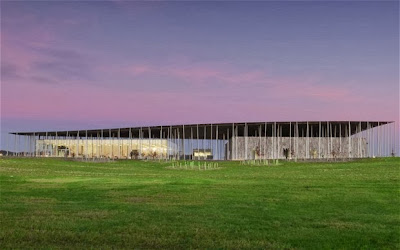 Anything interesting would have been rejected as dominating the site and detracting from Stonehenge itself, and besides could never have run the gamut of all those committees. 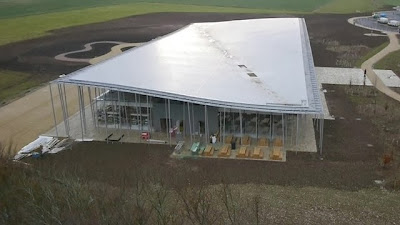 Plus a controversial building would only have added to the controversy created by building the thing in the first place. 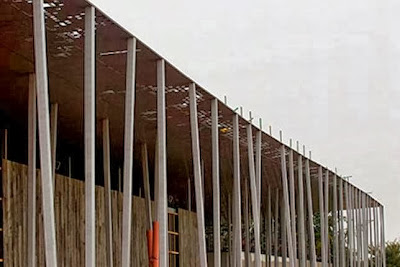 So Denton Corker Marshall did about the only thing they could do and created a sort of stylish take on the generic visitor's center structure. "Low key" is a phrase I have seen in several places.

Sigh. Why not, I don't know, an earthen mound entered down a tunnel lined with megalithic stones? Or a modern astronomical temple? Aren't there enough stylishly generic buildings in the world? 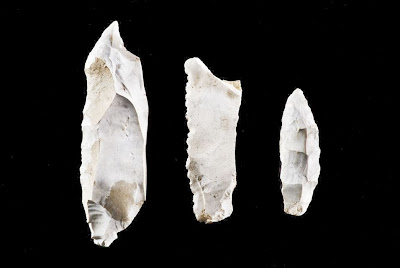 On the other hand it seems to have some nice objects in the collection. Above, a Neolithic flint tool kit -- awl, saw, knife -- found together a few miles away; below, Bronze Age beakers. 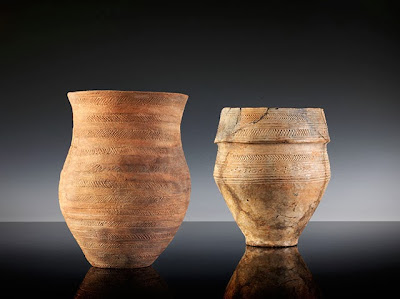 If you haven’t yet been, John, you might be pleasantly surprised :-)

Heritage Trust should have read a little more of my architecture criticism before posting this and turned their attention to a less die-hard cultural reactionary.