The Hobbit: the Desolation of Smaug 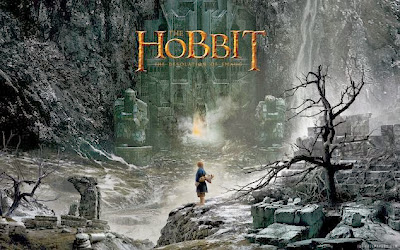 Just back from taking two 20-year-olds, one teenager and two children to see the new Hobbit. All the reactions were positive; everybody enjoyed it, and nobody complained that it was too long, even at 2 hours 40 minutes. It was a fun evening. 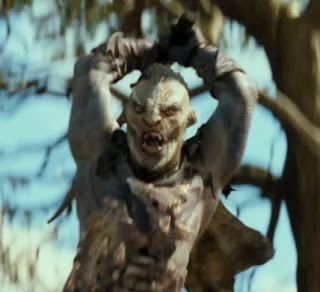 Peter Jackson's biggest weakness as a director is his inability to let anything stand still. He is great at battle scenes and armies on the march, but not so hot at quiet moments of reflection. His Hobbit is even more frenetic than his Lord of the Rings; almost all the padding needed to stretch it to three movies takes the form of fighting. Many of Tolkien's most magical moments came in times of quiet or stasis, but Jackson has changed many of these to furious battles. One of my least favorite moments of Jackson's LOTR came when the hosts of Mordor broke the gate of Minas Tirith. In the book the Lord of the Nazgul rides in alone, and only Gandalf opposes him. I think it would have looked great on film, a simple, stark confrontation. But Jackson changed it to another frantic battle. 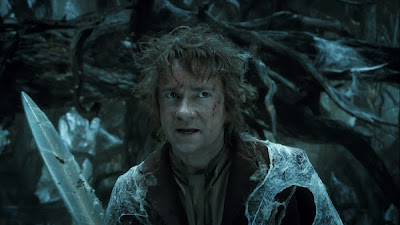 Likewise Jackson has drained some of the magic out of the Hobbit by not taking enough time with the slow, quiet parts. The passage through Mirkwood is changed from a dreary slog through a nearly lifeless forest to a mad dash. Tolkien's verbal humor is mostly gone, too, replaced by slapstick that made my children laugh out loud, and me a couple of times, but is something quite different. I don't have any problem with changing the story; I know the book by heart, so I was happy for some changes and surprises. In one important way Jackson has improved Tolkien, giving Thorin a plan that actually makes sense. But I got tired of unnecessary battles.

Jackson's greatest strength is his visual sense, and The Desolation of Smaug is just as beautiful, sublime, creepy and terrifying as his other Tolkien movies. I loved Dol Guldur. Smaug himself is quite fine, although again there was a whole lot of action taking away from the purely verbal exchanges between Bilbo and the dragon that are so great in the book. Lake Town is terrific.

On the whole, I say it was highly entertaining but not magical or mythic enough for my taste.
Posted by John at 10:06 PM