The Rhetoric and Reality of Revolution 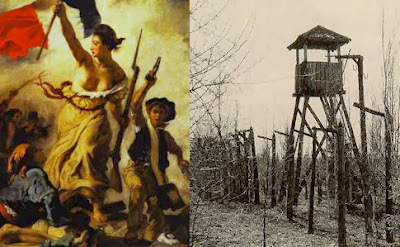 I stumbled yesterday onto a speech about women's rights given by an African revolutionary in 1973, at the height of Third World Marxism. Samora Machel was the leader of FRELIMO, a revolutionary movement dedicated to overthrowing the Portuguese colonial government of Mozambique. After independence in 1975 he was President of Mozambique until his death in 1986. He gave this speech at the opening of a conference on women's issues, explaining why it was essential to include women in the revolution. I find it fascinating because of the interweaving of rhetoric that I find deeply sympathetic with words that I find chilling. Consider:


The Revolution's main objective is to destroy the system of the exploitation of man by man, the construction of a new society which will free human potentialities and reconcile work and nature.

I don't know about you, but that sounds wonderful to me. Vague, but wonderful.


How may our Revolution succeed without liberating women? Is it possible to liquidate a system of exploitation and still leave a part of society exploited? Can we get rid of only one part of exploitation and oppression? Can we clear away half the weeds without the risk that the surviving half will grow even stronger? Can we then make the Revolution without the mobilization of women? If women compose over half of the exploited and oppressed population, can we leave them on the fringes of the struggle?

Clear away all the weeds. Liquidate the totality of the oppressive system. For anyone who knows the history of the twentieth century, the words summon up images of Gulags and mass graves. I can certainly agree that a democratic revolution ought to include equal rights for women, but a total revolution that fixes all our problems at once might be the most dangerous of all ideas. It is covered in blood, and I want nothing of it.
Posted by John at 9:15 AM