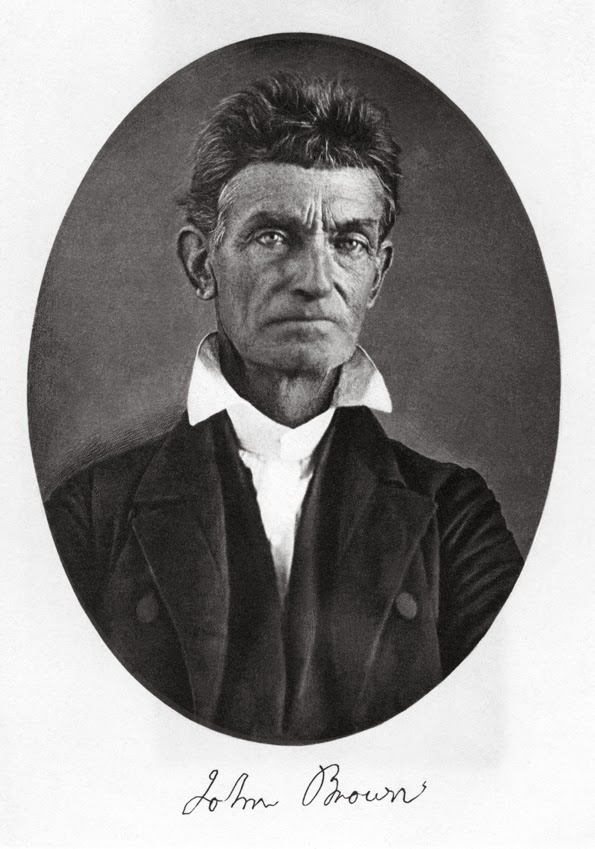 On October 16, 1859, John Brown led eighteen young men with him into the Federal Arsenal at Harper's Ferry, Virginia. He had come, he said, to arm the slaves and lead them in a great rebellion to establish their freedom. Instead he and his men were trapped in the arsenal by militiamen and armed civilians and then overwhelmed in a quick battle by US Marines under the command of Colonel Robert E. Lee. Ten of Brown's men were killed during the fighting. Two escaped. Brown and five others were caught and hanged. No slaves were freed. 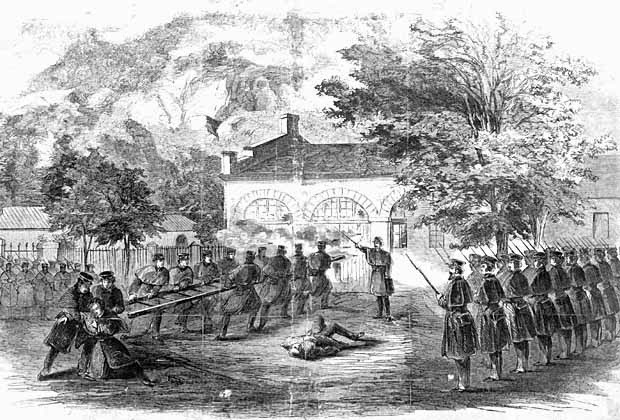 John Brown is one of history's best moral problems, especially for moderate-minded, pacific people like me. He was so much of what we hate: a fanatic utterly certain of his own righteousness, unwilling to accept criticism or advice; a religious zealot whose favorite Biblical passages were the ones about Hebrews slaughtering their enemies; a murderer; a terrorist; a believer in blood sacrifice who threw away his own life and the lives of the young men who followed him in pursuit of a mad scheme that had no chance of succeeding.

Yet by the end of 1865, America's slaves were all free. Did Brown's mad scheme work after all? Was his blood sacrifice the lever that set the whole avalanche -- secession, war, emancipation -- in motion? North and South, millions of people thought so. If so, was that a crime or a heroic act? At least 600,000 Americans died in the Civil War, more than in all our other wars put together. Should Brown be blamed for their deaths or praised for liberating the enslaved?

I should note that while white Americans have long been ambivalent about Brown, black Americans have not. To most blacks, Brown has always been a hero, plain and simple. Frederick Douglass explained why in a speech he gave in Harper's Ferry in 1879:


His zeal in the cause of my race was far greater than mine - it was as the burning sun to my taper light - mine was bounded by time, his stretched away to the boundless shores of eternity. I could live for the slave, but he could die for him. 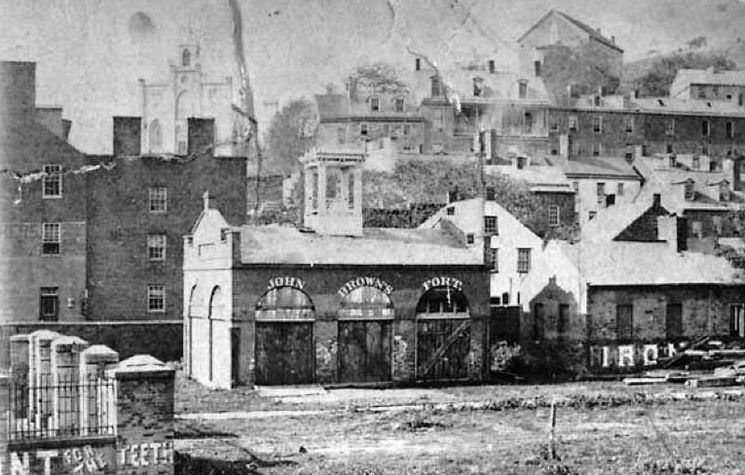 I have been thinking much about John Brown these past two weeks because I have been listening to Tony Horwitz's Midnight Rising. Horwitz is a thorough historian and a good writer, and I enjoyed this book. Even though I have read about John Brown in a stack of books on the Civil War, I still learned a lot from Horwitz. Like all interesting events, John Brown's raid is rich beyond what you can learn from a short summary. The details matter, and knowing the events better changes how things seem. Horwitz is especially strong on how other people reacted to Brown and his deeds, both in Kansas and at Harper's Ferry. Horwtiz's own ideas are kept mostly in the background, revealed more by the people he chooses to quote than through any words of his own. There are parts of Midnight Rising that drag terribly, especially between the end of fighting in Kansas in 1856 and the launch of the 1859 raid. But I suppose the floundering of the narrative faithfully reflects Brown's own floundering, as he struggled for some way to put his apocalyptic abolitionism into action. Once the attack on Harper's Ferry begins, Horwitz is outstanding, and I absolutely loved this third or so of the book.

A few wonderful details: one of the wealthy abolitionists who backed Brown, the "secret six", remarked in a letter to another that while Brown's plan seemed doomed, "He is the stuff of which martyrs are made."

The bodies of Brown's men killed in the fighting were carried away by medical students for dissection; Brown's own body was spared this fate by the personal intervention of Virginia governor Henry Wise, who responded with great courtesy to a plea from Brown's wife.

Robert E. Lee hated everything about his assignment and was deeply disturbed both by Brown's act and by the savage vituperation of Harper's Ferry civilians toward Brown's men.

Brown's daughter Annie stayed with the raiders at the Maryland farmhouse they rented while they made their final preparations, and she often said how much she regretted being sent away before the shooting started. When the Civil War began she complained bitterly that she could not join the fighting. In 1863 she finally found a way to go south herself, teaching freed slaves how to read in a school at a plantation that had been seized from Governor Wise. 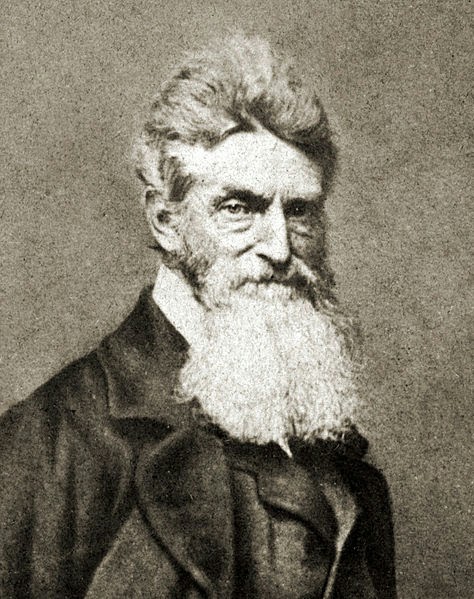 Two questions linger about the Harper's Ferry raid. First, what was Brown thinking? Rather than making any serious effort to launch the campaign to free slaves he had spoken of, he let himself be trapped in Harper's Ferry in a way that certainly looks like a suicide mission. Was martyrdom his goal from the beginning, and if not, how did his plans go so wrong? Second, did the raid really lead to the Civil War? Horwitz has no trouble finding people who said so. But then people said that about a lot of different events, from the Missouri Compromise to the publication of Uncle Tom's Cabin. Certainly the raid revealed anew the deep fissures between North and South. Governor Wise wrote that he was disturbed by Brown's raid, but not nearly so much as he was by the flood of letters he received from Northerners who either defended Brown or threatened violence if he was harmed. Could a nation hold together when millions of citizens in one section supported armed insurrection in the other? Meanwhile one of the "secret six" was worried that he might be arrested after his financial support for Brown became known, but his lawyer advised him that as long as he stayed in Massachusetts he was completely safe.

I was once moved by the argument that slavery was doomed for economic reasons and would soon have died out even without the war, which was therefore unnecessary. Now I doubt it. So far as we can tell, slaves remained very good investments right down to 1860, and had lost none of their economic value; and rather than moving toward emancipation, Southern white opinion was only growing more fixed in favor of slavery with every passing year. I have come around to the opinion expressed with great power by former governor Wise, in 1866:


God knew that we could be torn away from our black idol of slavery only by the destroying angel of war.

John Brown was that dark angel's herald, blowing the trumpet that unlocked the first seal of America's Armageddon.
Posted by John at 7:37 AM