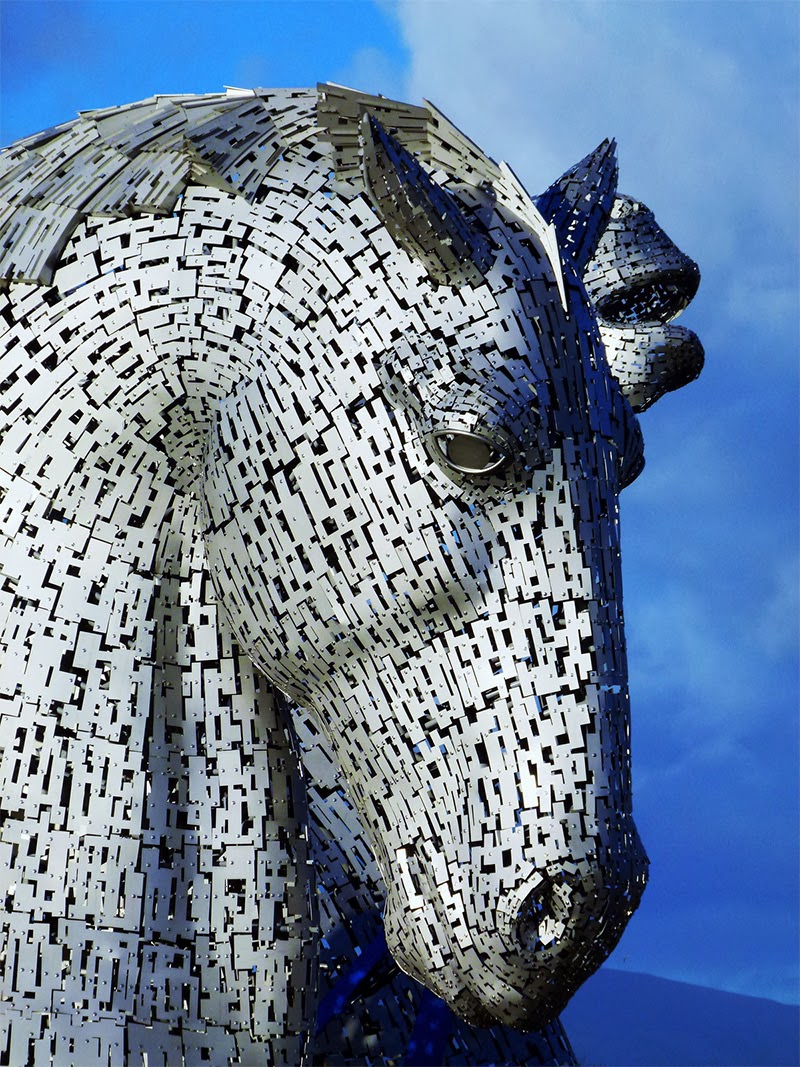 The Kelpies are giant metal sculptures that loom over the Forth and Clyde Canal in Falkirk, Scotland. They are about a hundred feet (30 m) tall and weigh 300 tons each. Kelpies, or Waterhorses, are Scottish fairy beings that live in water but sometimes come on land in the shape of horses. I have always had trouble taking them seriously as monsters, but that's how they appear in folklore. 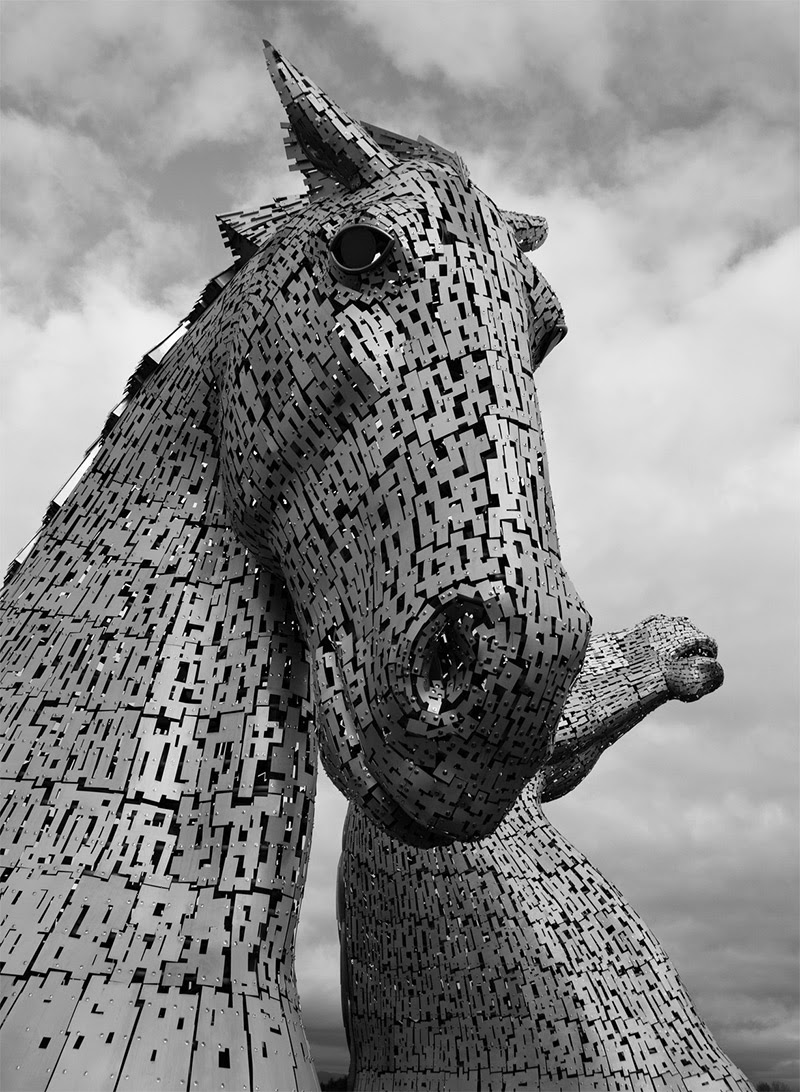 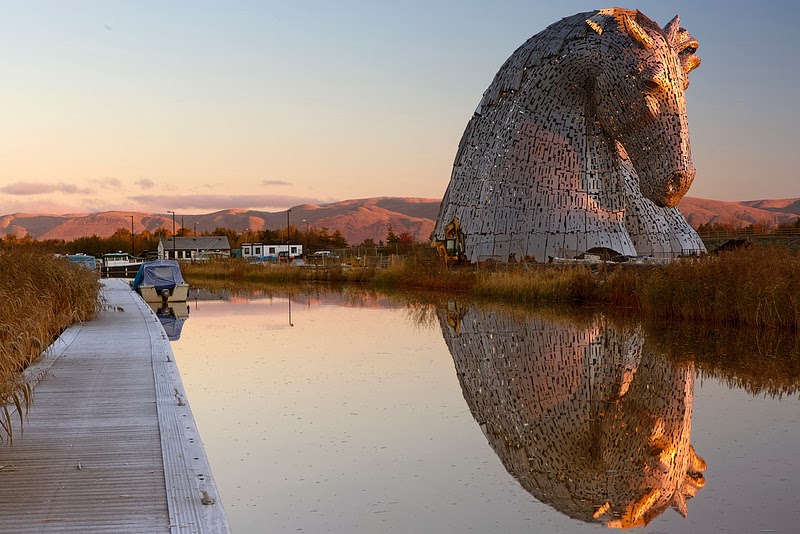 Scottish artist Andy Scott was handed this subject by the entity in charge of refurbishing the canal as a tourist attraction, and he seems to have little interest in folklore or the supernatural. His interests are in the industrial history of Scotland and real working horses:


The Kelpies are modelled on heavy horses (two Clydesdales of Glasgow City Council actually served as models in the process) and it is this theme of working horses which captured my imagination and drove the project. Clydesdales, Shires and Percherons, the equus magnus of the north. They are the embodiment of the industrial history of Scotland and the Falkirk / Grangemouth area. Heavy horses would once have been the powerhouse of the area, working in the foundries, the fields, farms and of course the canal itself, pulling boats along the Forth and Clyde from coast to coast. Falkirk was also home to reputedly the worlds biggest horse: in the 1930′s: Carnera hauled wagons laden with soft drinks around the town.

Below is the Falkirk Wheel, the centerpiece of the canal restoration project. It moves boats between the Falkirk and Union Canals, which were once joined by a series of eleven locks. Video here. 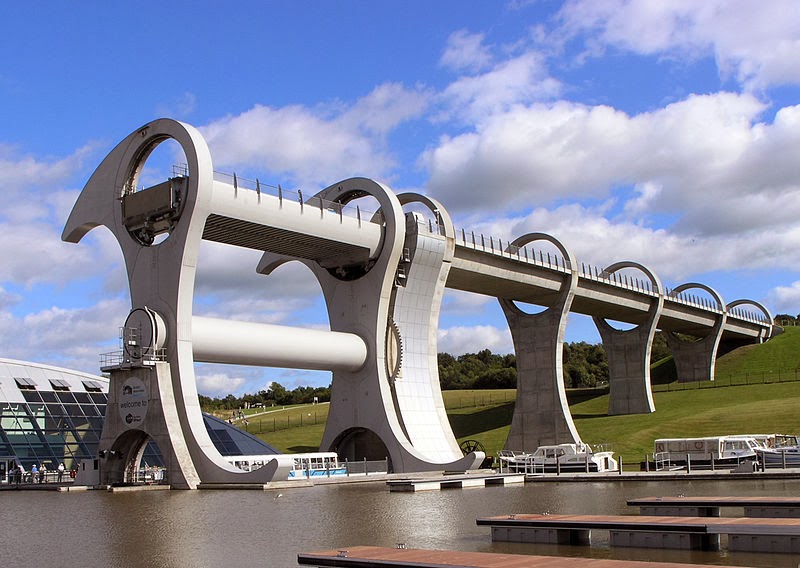 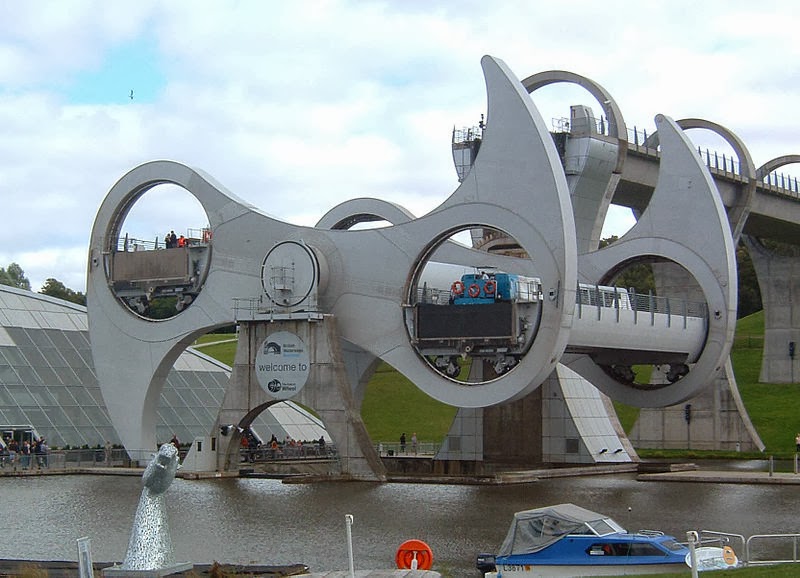