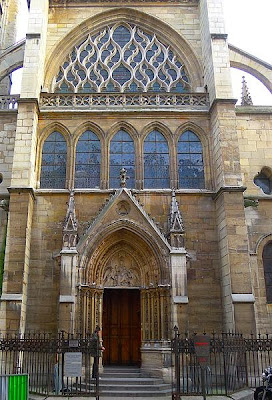 Saint Séverin in Paris is a late Gothic gem that often appears in lists of the world's most beautiful churches. The church is on the left bank in the heart of the Latin Quarter, and its history is bound up with that of the university. 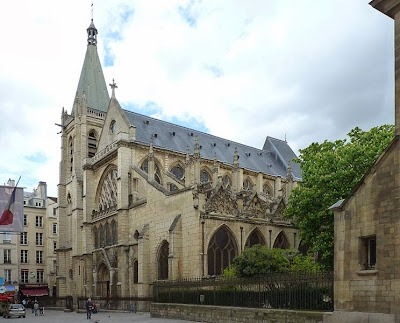 The first church in this location was a crude oratory built over the tomb of Saint Severinus, a hermit who stalked the environs of Paris and once, we are told, lectured the mighty Clovis on his sins. There remained only a small shrine here until the 11th century, when Paris began to grow and a Romanesque parish church was built to accommodate the new residents of the area. 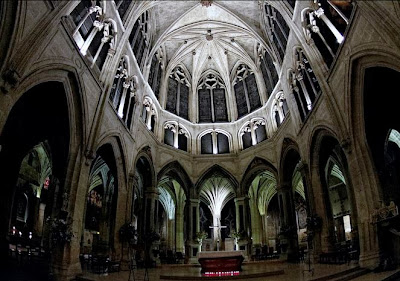 In the twelfth century teachers and their students began to congregate on the Left Bank, eventually coalescing into the University of Paris. Because they spoke Latin, this became known as the Latin Quarter. Saint Séverin was their parish church, and on Sundays the crowd of scholars overwhelmed the small church. So a new church was constructed in the new style we call Gothic. 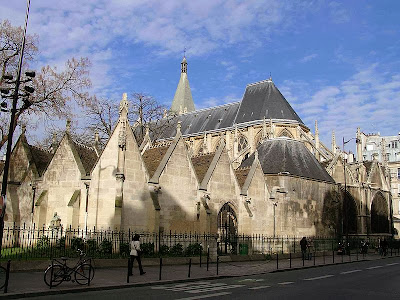 This church served the university as a meeting place and lecture hall, and soon it was too small again. So extra aisles were added, which still stand; you can see them in the picture above. 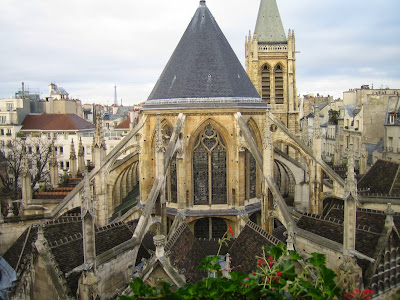 In 1448 a fire destroyed more than half of the church. This provided the archpriest of Saint Séverin, Guillaume d'Estouteville -- somehow "archpriest" always sounds to me like a very sinister title -- with an opportunity to rebuild and enlarge the church yet again. He commissioned the work in the late Gothic "flamboyant" style, calling on France's finest sculptors and glaziers to fill his church with wonders. 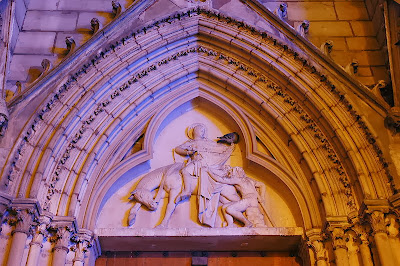 Work continued into the sixteenth century, which you can sense in some of the sculpture. 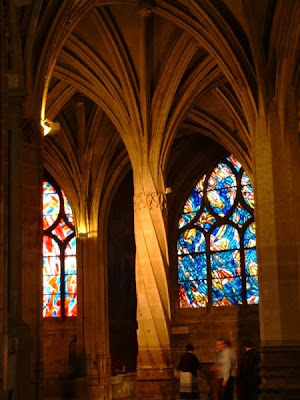 This famous palm tree pillar was one of the keynotes of the fifteenth-century reconstruction. 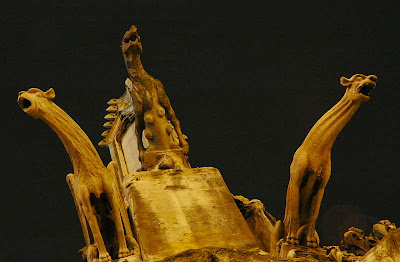 I think these may be my favorite gargoyles. 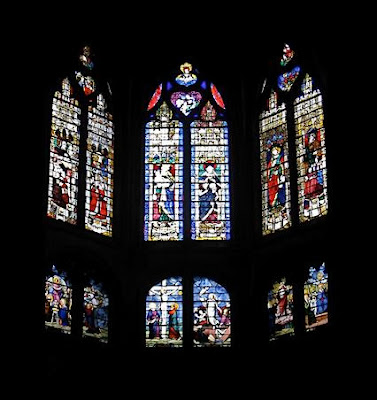 The church has many wonderful windows, some as old as 1388, others fifteenth century. 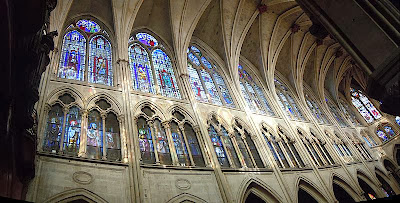 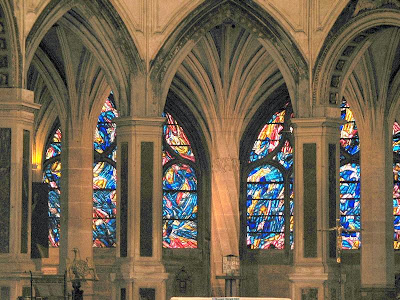 The church received many new windows in the 1850s, and then a new group on the 1960s, which you can see here and in the background of the pillar picture above. 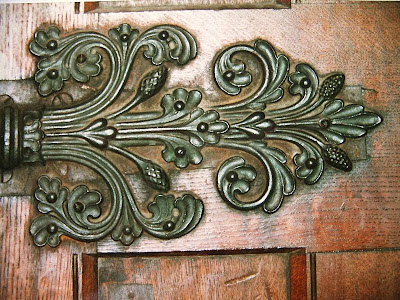 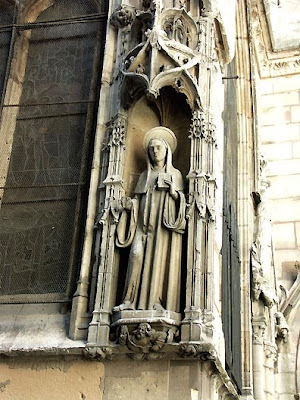 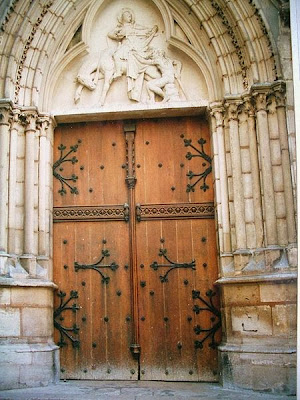 So many wonderful details. 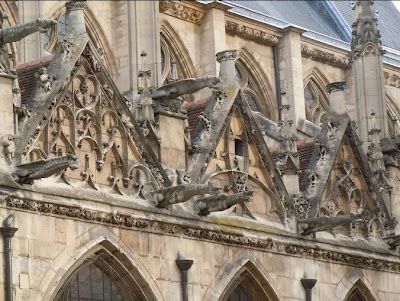 And now my thoughts wander to Paris, where I spent my honeymoon, and I hope that tonight gray stone, indigo light and young love will haunt my dreams.
Posted by John at 7:41 AM