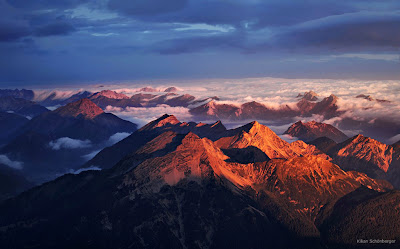 Kilian Schönberger is a photographer from Germany, born in 1985 and just starting to get a lot of attention for his landscapes. 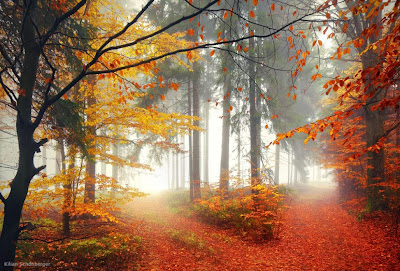 
My aspiration was always to cut my path as a photographer with an own creative perspective – despite being colourblind. I recognized that I could turn this so-called disadvantage into a strength, too and developed my own unique photographic view: E.g. while getting a picture of a chaotic forest scene, I can’t clearly distinguish the different green and brown tones. Brushing aside this “handicap” I don’t care about those tones and just concentrate on the patterns of the wood to achieve an impressive image structure. 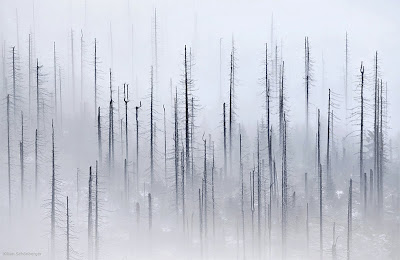 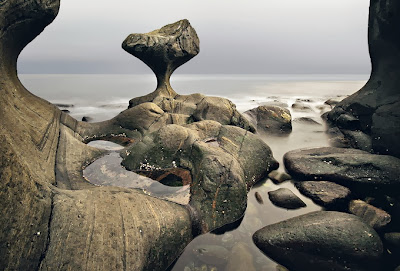 All the writeups mention that he is colorblind, but I actually don't see any evidence of a different approach to color in his work. So I wonder if maybe he is not as colorblind as he lets on and has made this his gimmick, his way to stand out in a crowd of photographers doing similar work. 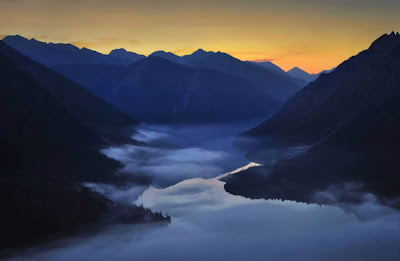 Or maybe he is colorblind and I can't sense this in his work because I have my own difficulties in that direction. But, hey, I like his stuff, so whatever it takes. 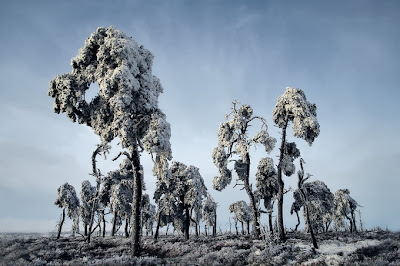 that is a lot of beauty. thanks for sharing those.