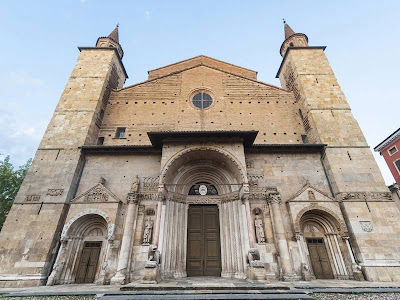 Fidenza Cathedral is another masterpiece of the Italian Romanesque. Construction began in 1099, under the direction of architect Benedetto Antelami. The town was a stop on the pilgrimage route to Rome, and much of the money for construction was raised from pilgrims. 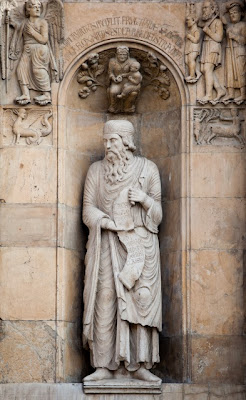 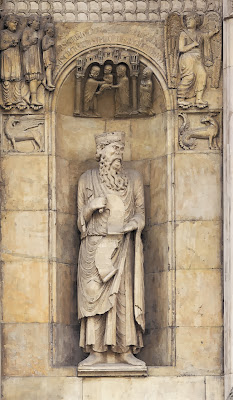 The building is famous mostly for its delightful facade, which has an amazing array of sculpture. Antelami, a versatile fellow, is also credited with the the two statues at the sides of the main portal, representing David and Ezekiel. 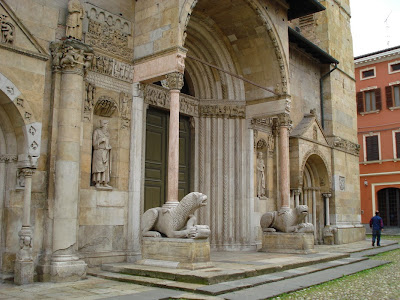 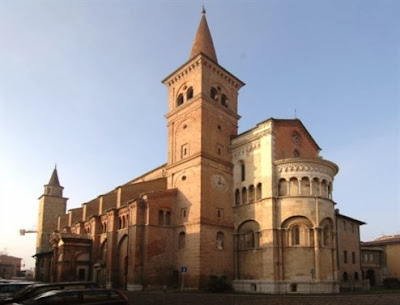 Construction stretched over the whole of the twelfth century, but the building was essentially complete by 1220. 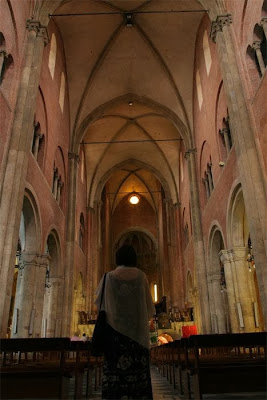 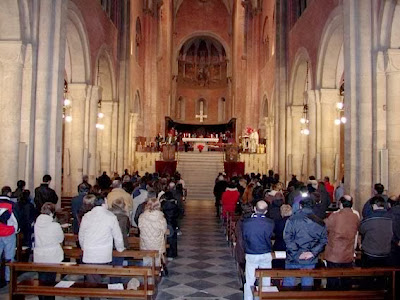 The interior is simple, almost stark and must be quite dim, since it is almost impossible to find pictures of it. Directly above is Benedict XVI celebrating mass a few years ago. 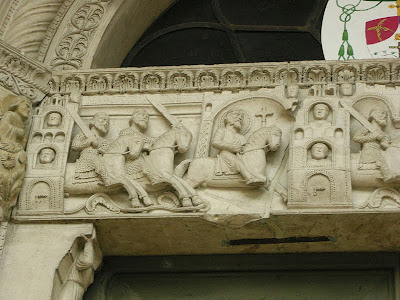 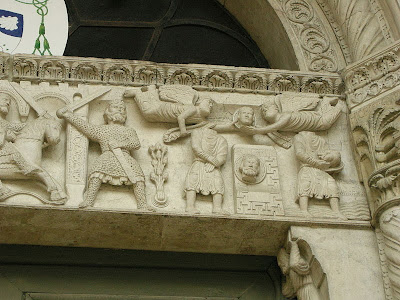 The cathedral is dedicated to Saint Domninus, San Donnino in Italian, an obscure local martyr. His story is told in stone on the Cathedral's facade. According to local legend he was the private butler of an emperor named Maximinus. In 291 AD, the emperor found out that Domninus had become a Christian and sent his soldiers to arrest him. Domninus fled but was caught by the soldiers on the bridge at Fidenza, and there he was beheaded. The saint's first miracle took place immediately after his death; he picked up his head, carried it off the bridge, and placed it on the spot where his church would be built while angels carried his soul to heaven. (Above, pursuit, martyrdom, and headless stroll.) 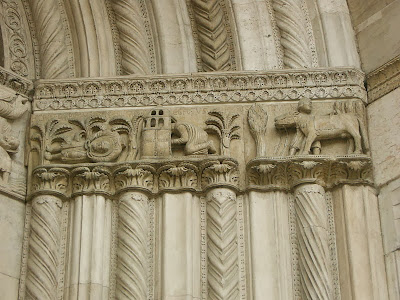 The sculptures depict a number of the saint's miracles. On the right above, the saint helps a man recover a stolen horse. I love the patterns in the stone 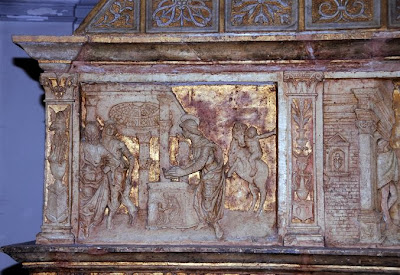 Besides the amusing tales about the saint's life, there are at least three different versions of how the saint's bones were found and placed in the reliquary above. The first:


In the 4th century or 30 years after San Donnino’s death, the bishop of Parma was told that a mysterious light was noticed some nights on the right bank of Stirone. After that the bishop had a dream that the body of the saint was lying on the river bank, he ordered to make excavations and there was found a stone with an inscription: Ibi conditus est corpus sancti Domnini Martyris Christi (“Here is buried the body of San Donnino Martyr of Christ”). 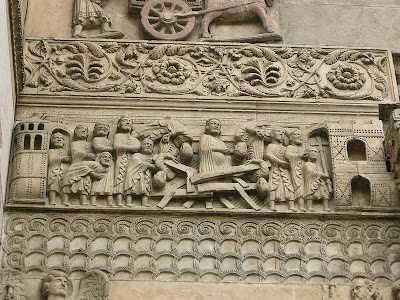 The second version concerns the construction of a larger church sometime around 600 CE. Not sure where the saint's body was buried, the priest in charge, prayed and a voice told him to for search the body in “Medio Ecclesiae”. Excavations were carried out and a sarcophagus with an inscription was found in the appointed place.


When people who attended a mass in the church of San Dalmazio on the other side of the river heard the news they hurried to San Donnino’s church, but the old wooden bridge collapsed under their weight. By intercession of San Donnino, everyone was spared injury, even a pregnant woman.

In the third version Charlemagne passed through town on his way to Rome to see the Pope.


Suddenly his horse stopped dead and the astonished king saw an angel who revealed him that on that place was buried the Martyr. He ordered to dig the ground and found the relics of San Donnino. 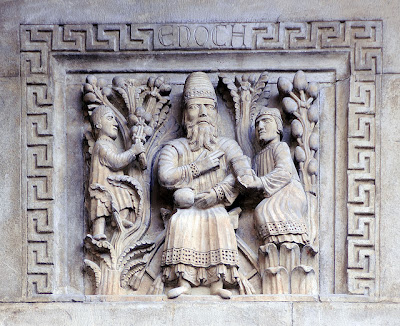 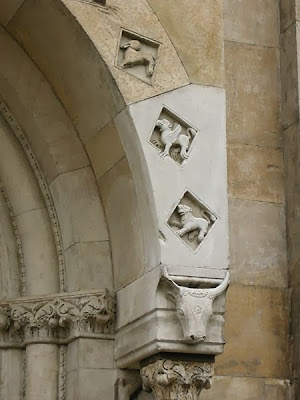 The town was heavily damaged by bombing during WW II but the cathedral was unscathed, which was considered a miracle. 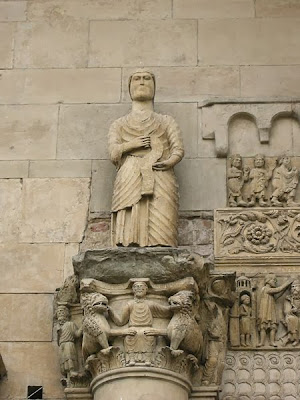 Wikimedia has a complete set of photos of the sculptures. 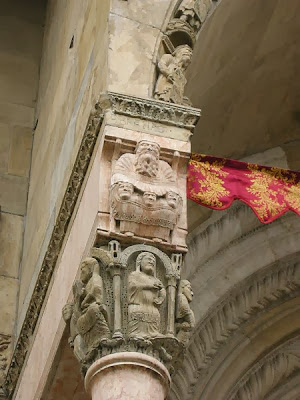 What an amazing place.
Posted by John at 7:15 AM