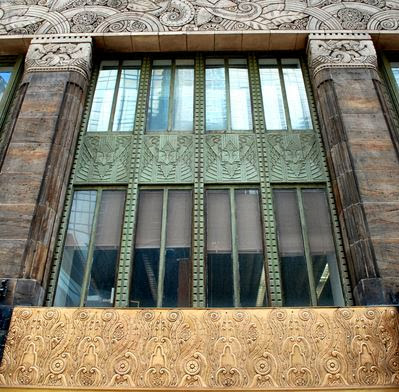 The Chanin building was named for its developer, the flamboyant Irwin S. Chanin. Chanin was himself an architect but for this building he worked with Sloan & Robertson, who did most of the design. They had assistance from Jacques Delamarre, who did the lobbies, and Rene Paul Chambellan, who designed much of the sculpture. It is, I think, one of the masterpieces of the Art Deco style. 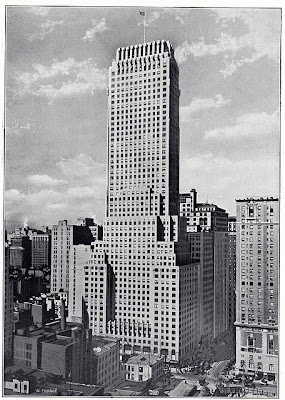 Built in 1927-1929, the Chanin Building is 56 stories tall, with elegant buttressing that at night is enhanced by clever lighting. 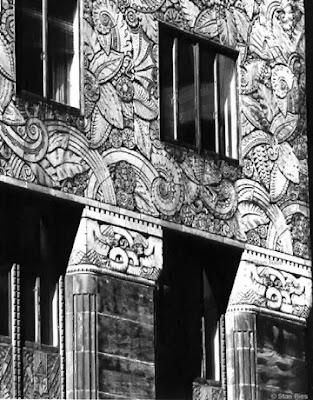 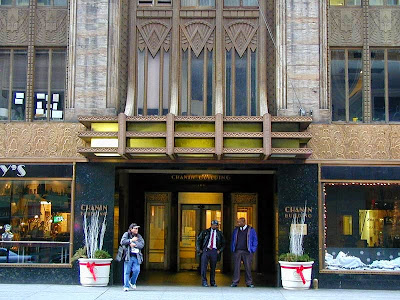 The sculptural friezes around the ground floor are spectacular. They show the building rising out of a natural world of water and plants before it rises as an artificial mountain into the sky. This Art Deco detailing was inspired by French examples that Chanin saw at the 1925 Exposition Internationale des Arts Décoratifs et Industriels Modernes in Paris. 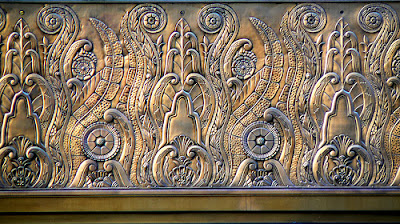 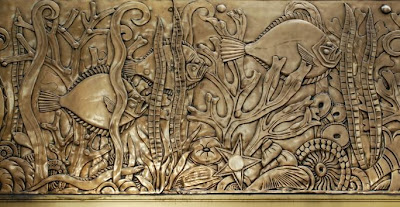 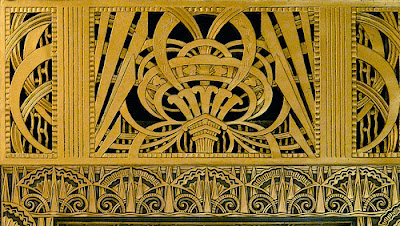 New York critics say the lobby is one of the best in the city, designed by Jacques Delamarre to celebrate Irwin Chanin's rise from an immigrant boyhood to power and riches. 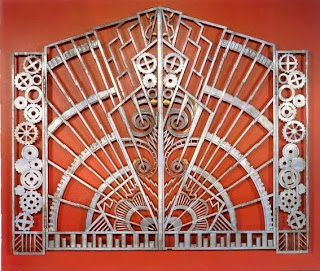 This gate leads to Chanin's own office. 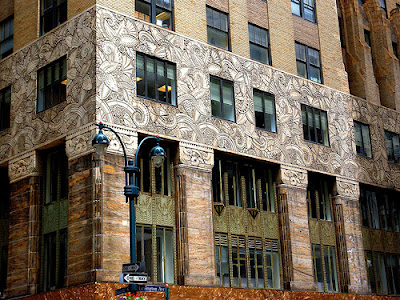 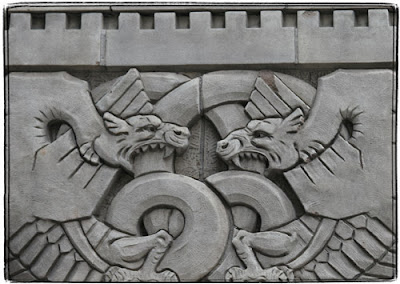 Here is a real architectural and artistic triumph, a building that is modern in scale but turns a friendly, decorated face to passers by on the street, that is lovely without aping any past architectural style, that is innovative in both form and detail but still loved instinctively by people millions of people. 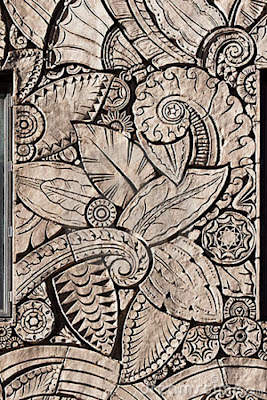