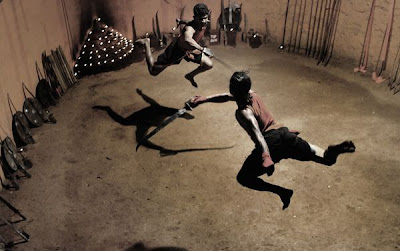 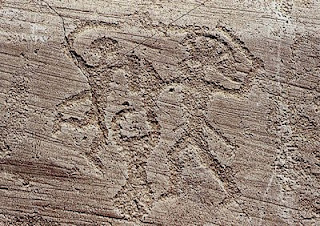 I remember seeing a documentary once about a similar Chinese art whose practitioners claimed that theirs was the oldest martial arts tradition of all. Such questions of primacy are pretty much unanswerable, but I think these performance styles are certainly very ancient. There are hints in Greek and Roman sources of exercises that combined martial training with scripted performance. Medieval sources mention "sword dancing" among both Celts and Germans, and Bronze Age petroglyphs in the Alps (above) have been interpreted as ritualized combats or sword dances. For as long as men have been fighting with swords, it seems, they have also been using them in performances that incorporate varying mixes of entertainment, ritual, spiritual self-discipline, and training for the real thing. 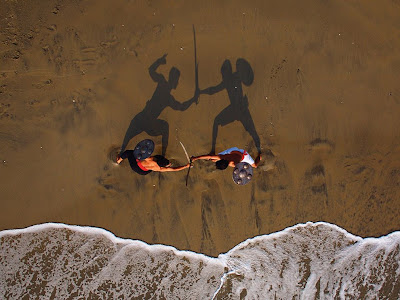