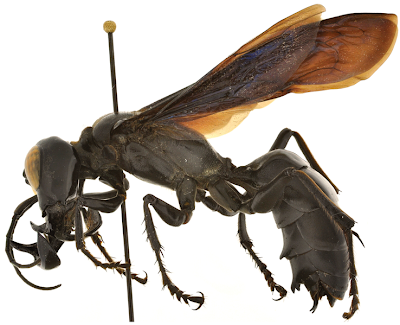 A new species of large wasp, Megalara garuda, has been identified in Indonesia. The males are about 6.4 cm (2.5 inches) long, which makes them among the biggest wasps in the world. Besides the usual poisonous stinger they have very large jaws. 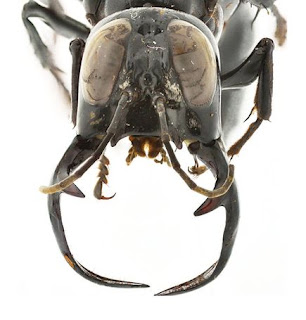 Nobody knows what the jaws are for since, no scientist has seen a specimen of this species alive. But the discoverers speculate that the wasps may defend the sites where they bury their eggs against other insects -- in the bug-eat-bug world of the rain forest, there are insects that specialize in finding and eating buried wasp eggs and larvae.
Posted by John at 7:33 AM