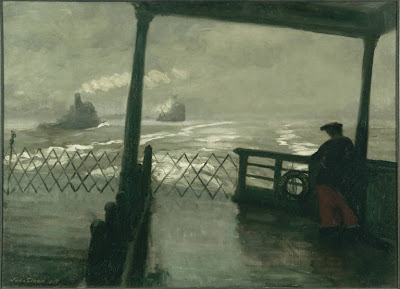 John Sloan (1871-1951) was an American painter of what was sometimes called the "Ashcan School." These were painters, prominent between 1905 and 1920, who reveled in the gritty details of urban life, from elevated train lines to boxing matches. They are usually described as "realists," but their technique was influenced by Impressionism and their brush work mostly rough. Above is Wake of the Ferry, 1907. 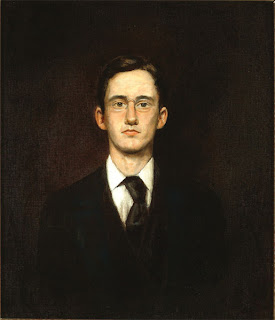 Sloan was born in Lock Haven, Pennsylvania and grew up mostly in Philadelphia. His parents had some education and cultural pretension but no money, and though they encouraged John to draw and paint he had to drop out of school at 16 and take a job in a book store. There he made his first surviving works, which are copies of old master drawings. And, at the age of 19, painted this self-portrait; this was one of his first attempts at oil painting, done before he had taken a single art class of any sort, and it shows that artistic talent is distributed in a highly unfair way. Sloan painted it on a window shade, because he couldn't afford canvas. 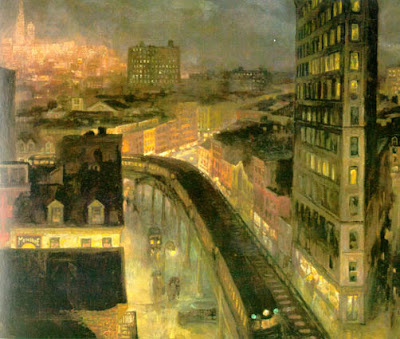 In 1892 Sloan met Robert Henri, a trained artist with great ambitions, and together the men formed the Charcoal Club and gathered other artists to them, which eventually led to a blockbuster show by "The Eight" in 1908 that made the careers of Sloan, Henri, and six other artists. In 1904 Sloan moved to New York, where he did his most famous works, many of them looking out his window or on the street in front of his building. Above, The City from Greenwich Village, 1922. 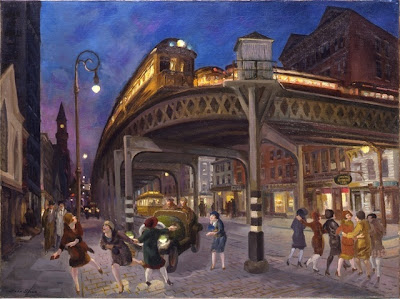 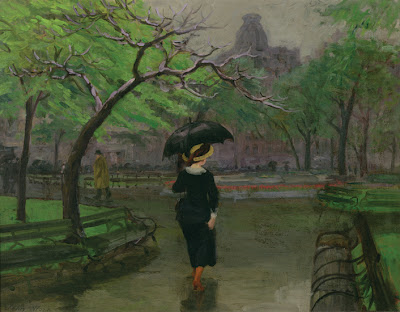 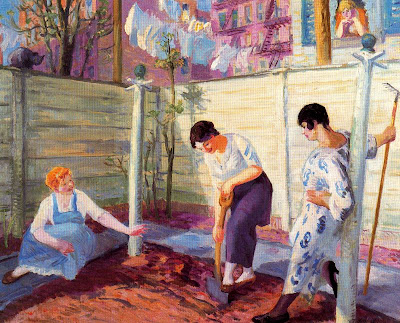 Sloan made many paintings of groups of women, in settings ranging from chic restaurants to laundries. This is Spring Planting in Greenwich Village, 1913. 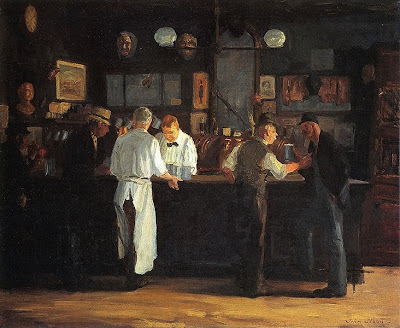 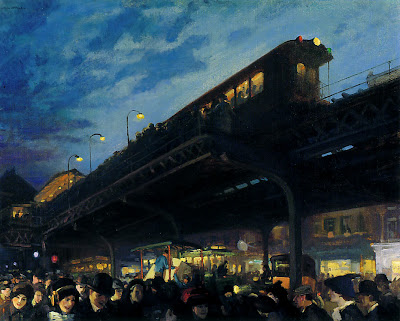 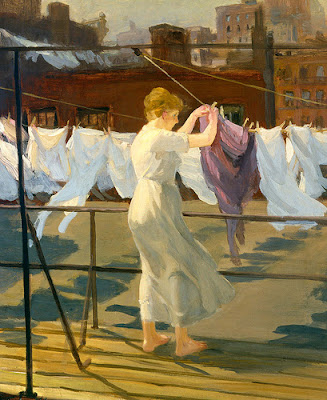 Sun and Wind on the Roof. 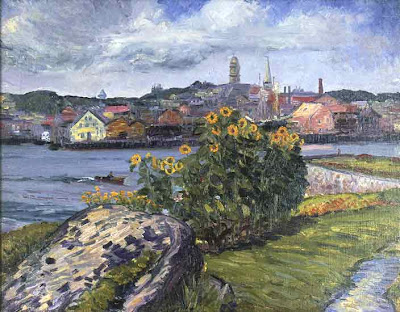 Sunflowers at Rocky Neck.
Posted by John at 8:07 AM