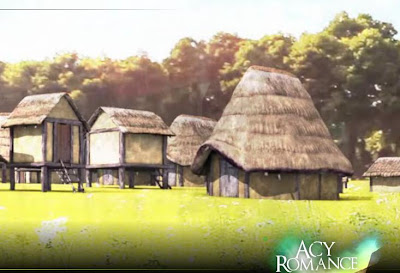 According to its fabulous web site, Acy Romance is the only Celtic village ever to be 100 percent excavated. The site is in northeastern France, a few miles from Reims, and over a period of twenty years a team of mostly amateur archaeologists dug up every posthole, pit and burial across the whole village. The tribe of this area was called the Remi by Caesar, and he rewarded them for their support by making their capital a major center of power in Roman Gaul. 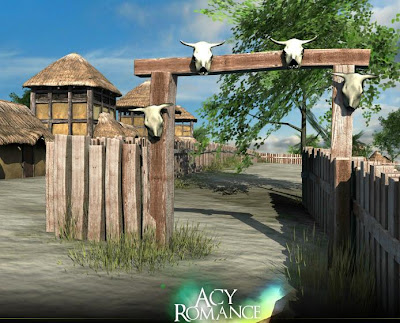 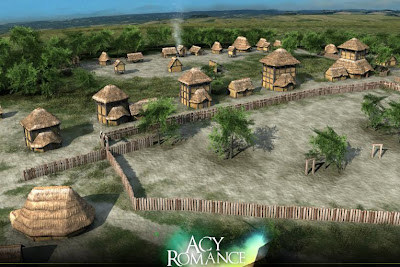 The village was founded around 200 BC. It was centered on a huge Bronze Age mound, which became a site of cult worship; perhaps it was considered the tomb of the tribe's founder, or some other ancient hero. Around the tomb the villagers set up five separate cemeteries, each surrounded by a ditch, bank, and fence. Their religious buildings, including these five identical temples placed in a row, surrounded the cemeteries. 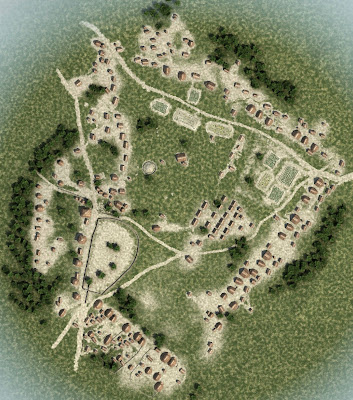 The village has an overall plan, visible in this reconstruction. The center is public space, devoted to the cemeteries, the Bronze Age tombs, and other open areas. The several separate residential neighborhoods are all associated with open spaces that might have been public squares. The large road leading in from the south was surrounded by a ditch and bank, as if it were a ceremonial way. 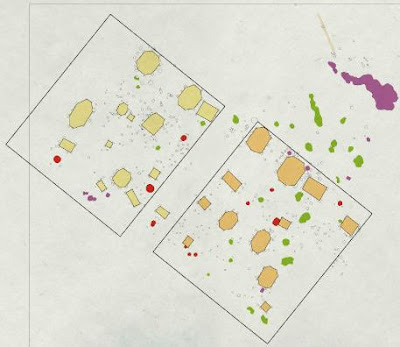 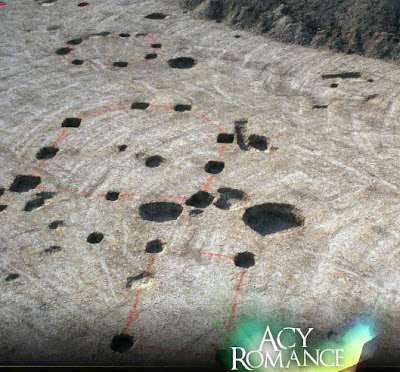 There is no palace or other evidence of a king, but there is social stratification. Some domestic compounds were much larger than average, and these presumably belonged to aristocratic families. As you can see, all of the buildings were post structures, framed up around wooden posts set into holes in the ground like modern pole barns. 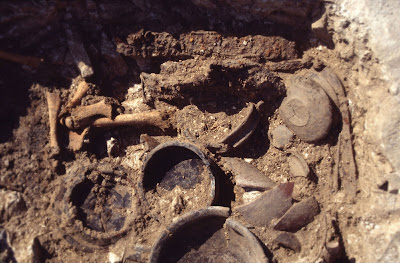 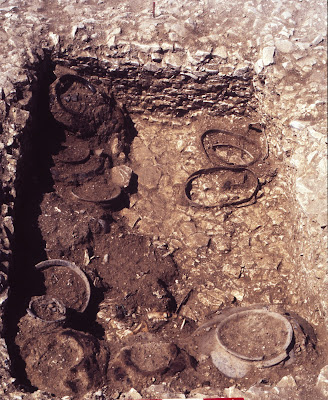 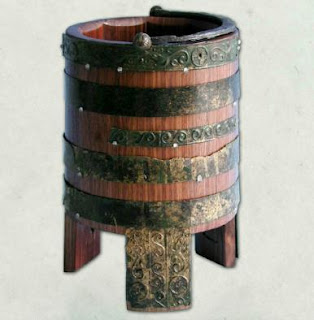 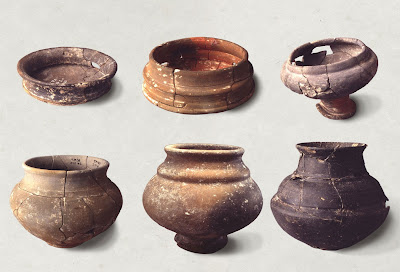 The excavations produced much evidence of diet, regional and long-range trade, and all that other technical stuff beloved of archaeologists. 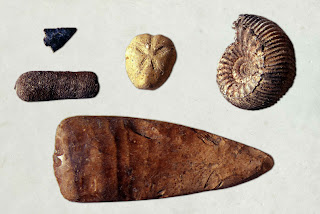 These fossils and stone age artifacts were magical charms. 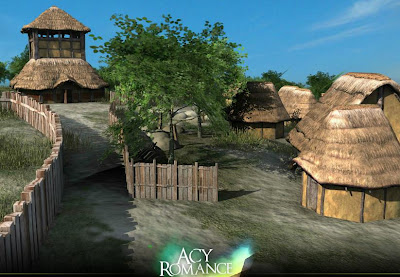 Excavating this entire site took a remarkable effort, and this remarkable online presentation allows people all over the world to share in the discovery. 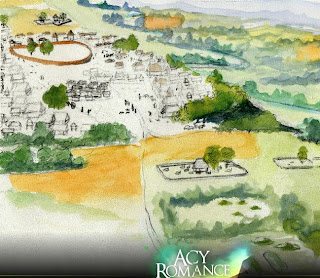