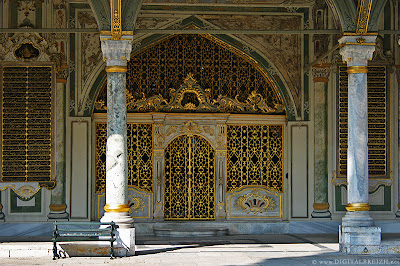 This item of Ottoman lore is passed on as yet another example of human peculiarity:


When very senior officials were sentenced to death, they would be dealt with by the bostancı basha (head gardener, who doubled as chief executioner) in person, but—at least toward the end of the sultans’ rule—execution was not the inevitable result of a death sentence. Instead, the condemned man and the bostancı basha took part in what was surely one of the most peculiar customs known to history: a race held between the head gardener and his anticipated victim.

How this custom came about remains unknown. From the end of the eighteenth century, however, accounts of the bizarre race began to emerge from the seraglio, and these seem reasonably consistent in their details. Death sentences passed within the walls of the Topkapi were generally delivered to the head gardener at the Central Gate; and Godfrey Goodwin describes the next part of the ritual thus:

It was the bostancibaşi‘s duty to summon any notable.… When the vezir or other unfortunate miscreant arrived, he well knew why he had been summoned, but he had to bite his lip through the courtesies of hospitality before, at long last, being handed a cup of sherbet. If it were white, he sighed with relief, but if it were red he was in despair, because red was the color of death. 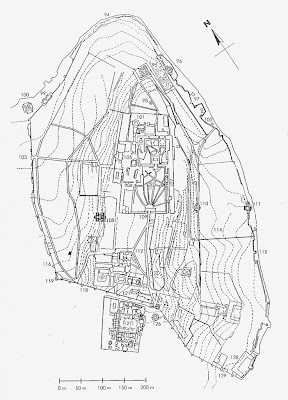 For most of the bostancıs’ victims, the sentence was carried out immediately after the serving of the fatal sherbet by a group of five muscular young janissaries, members of the sultan’s elite infantry. For a grand vizier, however, there was still a chance: as soon as the death sentence was passed, the condemned man would be allowed to run as fast as he was able the 300 yards or so from the palace, through the gardens, and down to the Fish Market Gate on the southern side of the palace complex, overlooking the Bosphorus, which was the appointed place of execution. (On the map, which you can view in higher resolution by double clicking on it, the Central Gate is number 109 and the Fish Market Gate number 115.)

If the deposed vizier reached the Fish Market Gate before the head gardener, his sentence was commuted to mere banishment. But if the condemned man found the bostanci basha waiting for him at the gate, he was summarily executed and his body hurled into the sea.

Ottoman records show that the strange custom of the fatal race lasted into the early years of the nineteenth century. The last man to save his neck by winning the life-or-death sprint was the Grand Vizier Hacı Salih Pasha, in November 1822. Hacı—whose predecessor had lasted a mere nine days in office before his own execution—not only survived his death sentence, but was so widely esteemed for winning his race that he went on to be appointed governor general of the province of Damascus.