The Amazing Fossils of Northeast China 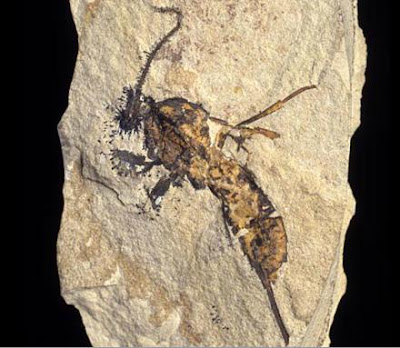 In what is now northeastern China, 130 million years ago, volcanoes rained fine ash down on forests and marshes, trapping many animals and preserving some of them as exquisite fossils. The feathered dinosaurs have gotten the most attention, but I was even more amazed by the insects, like this hornet. 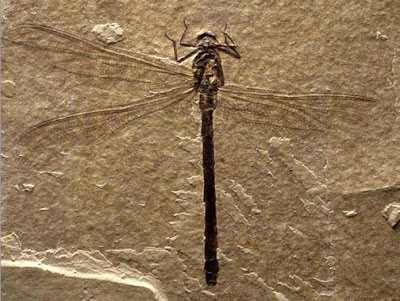 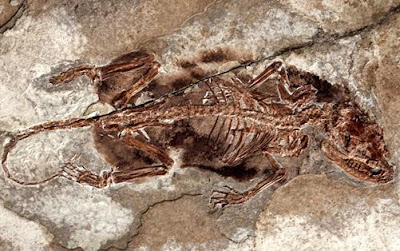 This is a small, mouse-like mammal known as Maotherium. Its fur is visible around the bones. 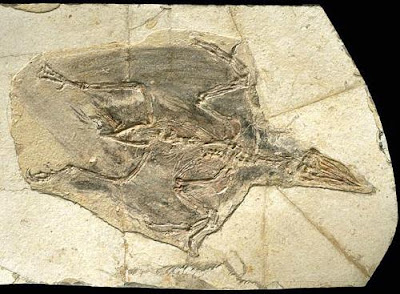 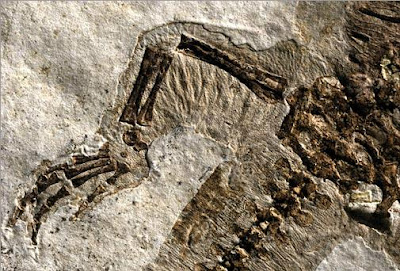 A crocodile-like Champsosaurus, showing its skin. 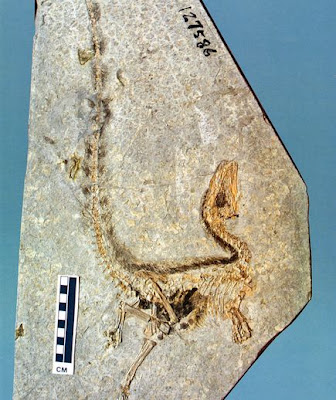 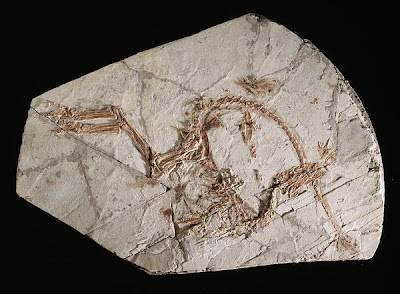 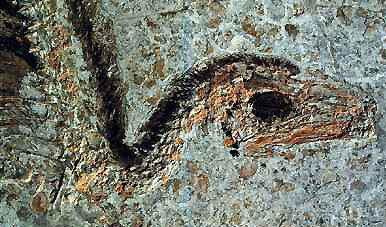 Three views of Sinosauropteryx fossils, one of those famous little feathered dinosaurs. These fossils are so detailed they preserve the pattern of melanin bundles in the feathers, which suggest that it was largely rust-colored, with paler stripes.
Posted by John at 7:48 PM