Aphrodite at the Getty 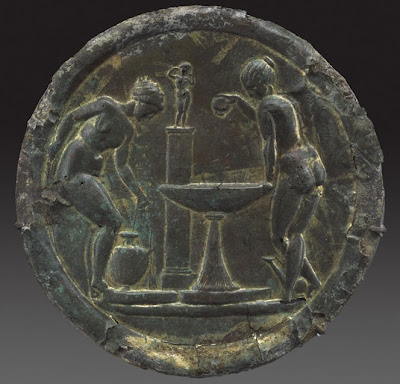 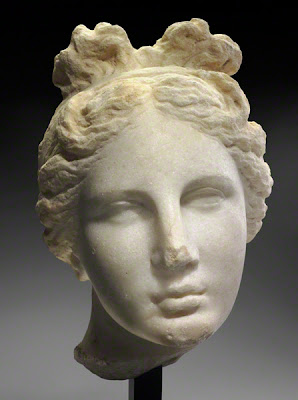 The "Bartlett Head," part of a marble statue of Aphrodite from about 300 BC. 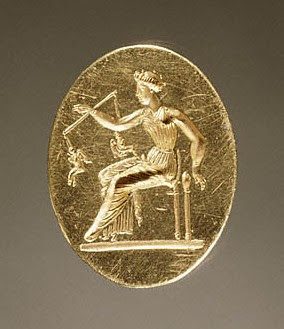 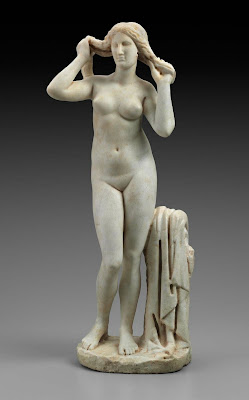 Aphrodite Wringing out her Hair, a standard image of which many examples survive. This one is probably from Syria, made between 100 BC and AD 70. 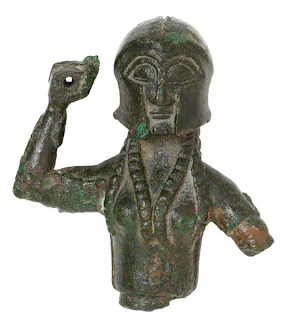 An image of the mysterious "armed Aphrodite," a figure of obscure import, found in southern Italy and dating to around 600 BC. 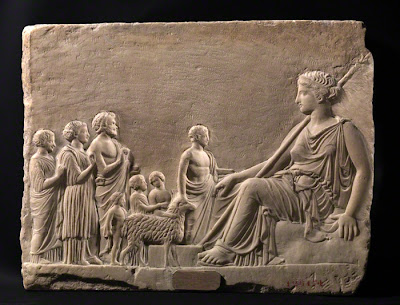 A relief found in Athens, 400 to 300 BC, showing worshipers approaching the goddess. 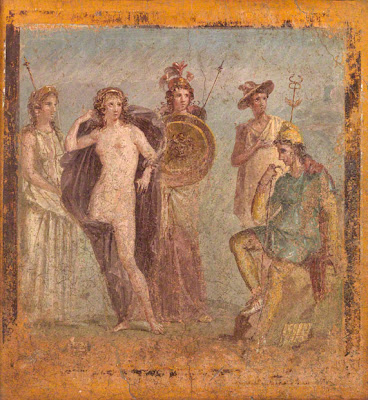 Wall fragment from the House of Jupiter at Pompeii, showing the judgment of Paris. This depiction shows Paris' problem: the poor man's brain was addled by the appearance of a naked goddess. No wonder he made such a disastrous decision.
Posted by John at 7:56 PM