The Etch A Sketch Candidate 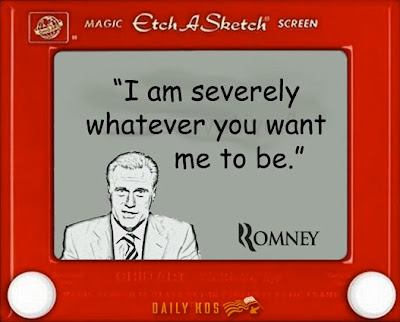 How bizarre that today's Republicans, obsessed with identity and fidelity to an abstract notion of "conservatism," are on the verge of nominating a candidate whose own top aid brags that he is like an Etch A Sketch, able to discard whatever he said yesterday with a quick shake.

I generally prefer pragmatists to true believers in anything, but even I find Romney's shape shifting jarring. Romney's success raises some real questions about what matters to voters, how people think about politics and government, and even how people feel about truth. Are appearances everything? Is there such a thing as a core personality? Is a candidate, or a man, any more than what he can convince others that he is?
Posted by John at 12:37 PM