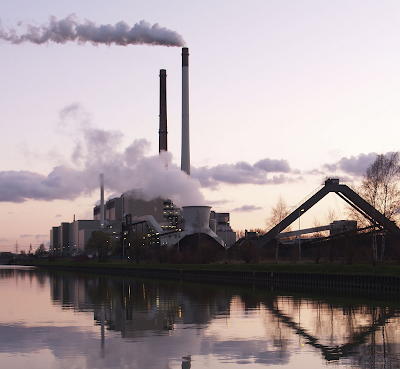 
The Environmental Protection Agency will issue the first limits on greenhouse gas emissions from new power plants as early as Tuesday, according to several people briefed on the proposal. The move could end the construction of conventional coal-fired facilities in the United States.

Actually there aren't any coal-fired power plants being built anyway, because natural gas is cheap, nobody wants a coal-fired plant built near his house, and power company executives figured that a rule like this was coming eventually. And the rule will have no effect on existing coal-fired plants, some of which will last for decades. But it begins the phase out of coal power in America.
Posted by John at 4:09 PM