Checking Back with the Guggenheim Helsinki 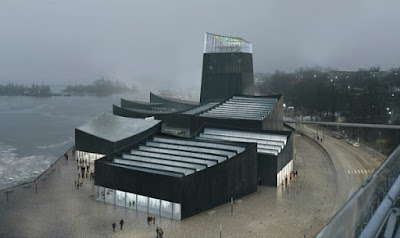 Back in December I wrote about the six finalists for the design of the new Guggenheim Museum in Helsinki. The winner has now been announced, and it is the one I preferred. Or, I should say, the one I disliked the least. If you question my taste, go back to the December post and have a look at the others. 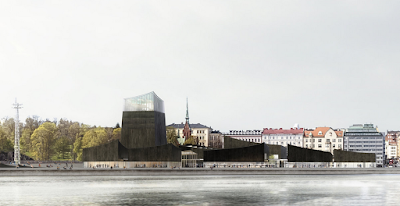 
“It kind of undoes the monumentality of most museums,” Mr. Wigley said, adding that the main concern of the 11-member jury “was to find a design that was open to an evolution — that wasn’t frozen in its own beauty — because for sure this project will change.” 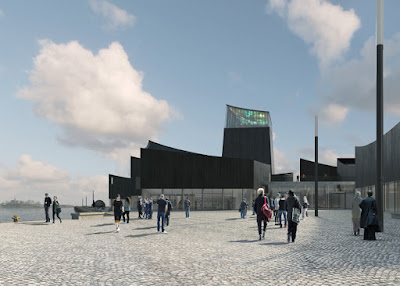 It is by no means certain that this museum will actually be built. There is a lot of opposition in Helsinki to giving over a big piece of their downtown waterfront for a modernist mega-museum, and to the public's share of the cost. The immediate reaction of many locals was to question the dark color, since one of Helsinki's nicknames is the White City. But the city government and business leaders have Euro signs in their eyes, so probably after a long struggle it will go ahead. 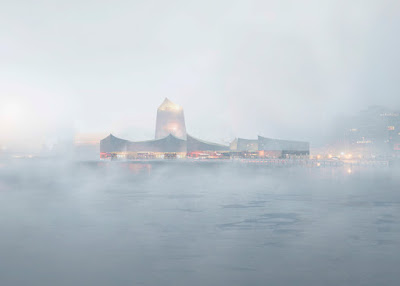 Perusing the web site of the winners, I found nothing that I like at all. When is modernism going to die? 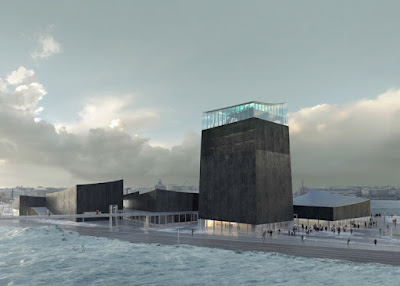