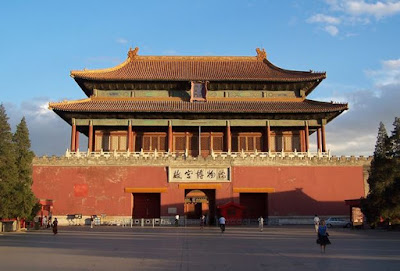 James Palmer has a great essay in the Post about China's role in western political debates:


For Chinese residents, daily life is a constant reminder of both how far the country has come and how far it has to go. One morning recently I went to the coffee shop at the end of my central Beijing alley for a superb latte, where the owner teasingly chastised me, as he has before, for paying with cash like some peasant rather than with my mobile phone through the WeChat Wallet service. That evening, I came home to one of our small compound’s regular power failures, and I wrote this in the dark on a laptop battery and a neighboring building’s thankfully unshielded WiFi signal. In heavy rain, our alley becomes a swimming pool, and even newly built Beijing streets disappear under a foot of water because the drainage is so bad; in storms in 2012, people drowned in cars stuck under bridges.

China’s mega-projects are often awesome, but they’re also often costly and corrupt. The more than 10,000 miles of recently built high-speed rail came in well over the original $300 billion budget, and all but a few lines run at a loss. The process of creating them was so crooked that the Ministry of Railways ended up broken into three parts and most of the top officials ended up in jail. It’s understandable why visitors, especially those who don’t stray beyond the metropolises, might be overwhelmed. What’s not forgivable is how rarely pundits try to look further, content with an initial vision of glittering skyscrapers and swish airports that can be conveniently shoehorned into whatever case they’re trying to make. 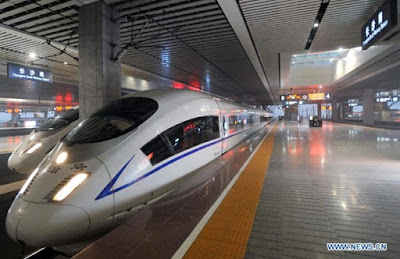 After all, Chinese officials and businessmen are adept at creating false facades of success:


Finding China’s realities can be hard simply because lying is so common here, whether it’s fraudulent government data, false ambulances or tainted baby formula. The collapse of social trust as a result of decades of Maoism, followed by a get-rich-first ethos, has made honesty a rare quality. With no external controls from a free media or civil society, Potemkinism is an everyday skill across the country, whether directed at outside investors or official inspectors.


Program for International Student Assessment (PISA) statistics, which show China topping the lists in reading, math and science, are often cited by Common Core advocates in the United States and by proponents of traditional teaching methods in Britain, such as former education minister Michael Gove. Yet these PISA statistics cover just an elite group of Shanghai schools, where entry depends on bribery and string-pulling. In the rest of the country, classes average 50 students, only a third of rural children make it to high school, and I’ve found innumeracy to be just as common as in the United States.

Using China as a prop to support political arguments in the west is a technique that goes back to eighteenth-century France, and most of the time you should pay no attention. China is hugely different from the US or Britain, and all of its undoubted successes have been accompanied by costs that we probably don't want to pay. I am sure there are many technical and administrative areas in which the Chinese have made useful advances, but when it comes to broad, big issues, there are no useful lessons for the US in the recent Chinese experience.
Posted by John at 10:20 AM

". . . was so crooked that . . . most of the top officials ended up in jail. It’s understandable why visitors, especially those who don’t stray beyond the metropolises, might be overwhelmed." . . . And not use WeChat Wallet service.