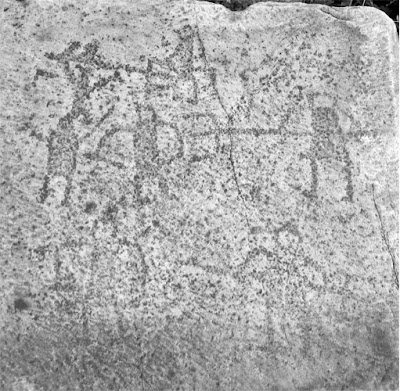 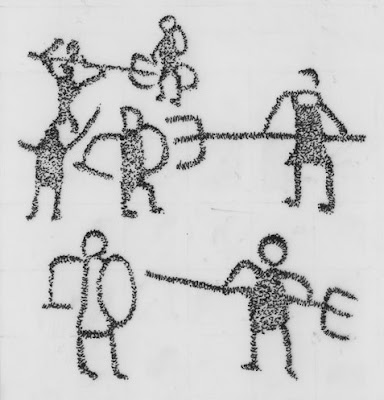 Just published graffiti from the ancient of Aphrodisias, Turkey. Above, gladiators. 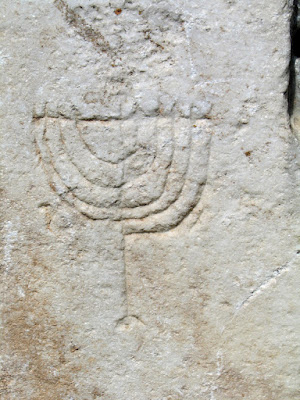 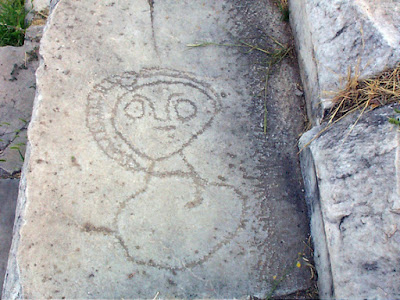 Head with a snake wrapped around it, perhaps drawn as part of a spell or curse. 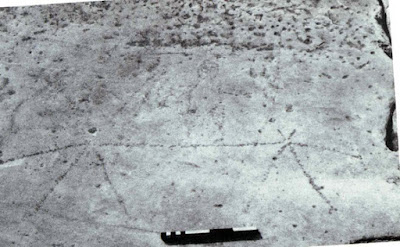 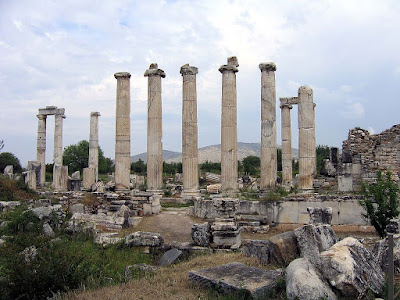 Temple of Aphrodite from which the city seems to have taken its name; according to our sources it had once been known by other names. 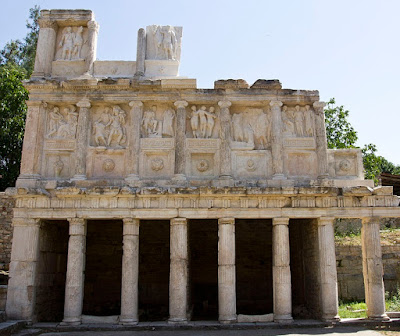 And the Sebasteion, a shrine dedicated to Aphrodite and the Divine Augustus. (The Julian family claimed descent from Aphrodite.)
Posted by John at 12:19 PM