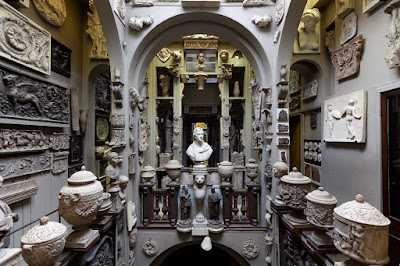 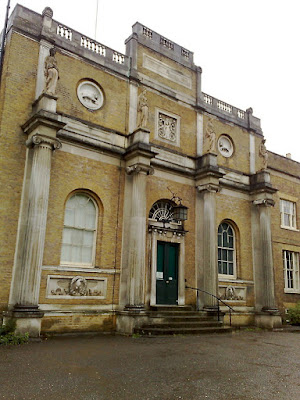 One of his buildings, as an example of his style: Pitzhanger Manor, completed in 1803. 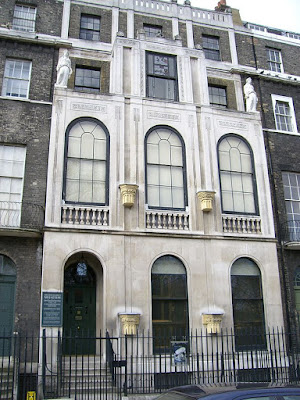 Soane's London house in Lincoln's Fields was made by purchasing three adjacent townhouses and demolishing or substantially rebuilding them into this edifice. 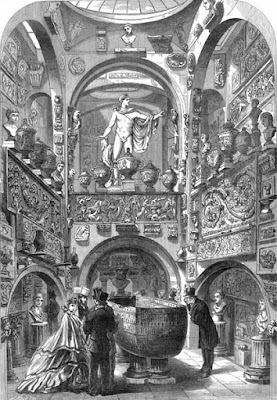 Soane filled the place with his collection of classical and neoclassical art. Above, depiction of the gallery in the 19th century. 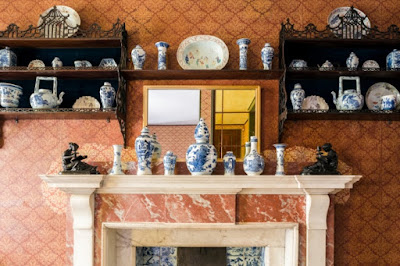 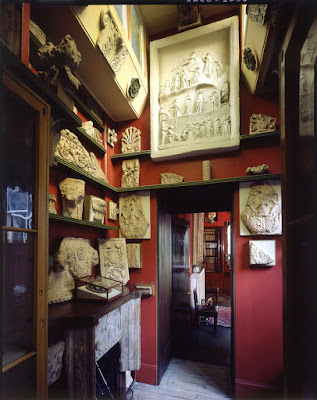 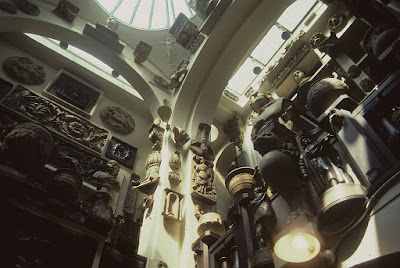 Toward the end of his life Soane decided he would like to leave his house to the British people as a public museum, and this was accomplished by a private bill in Parliament. The bill specifies that the house must remain as close as possible to the way he left it. So, no modern, sensible, less overwhelming presentation can be dreamed up by the curators -- it must remain in this crazy state. 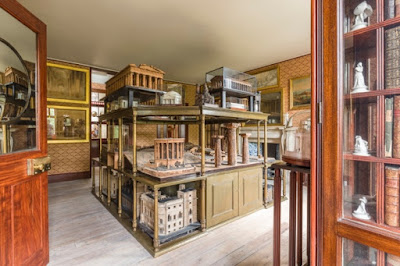 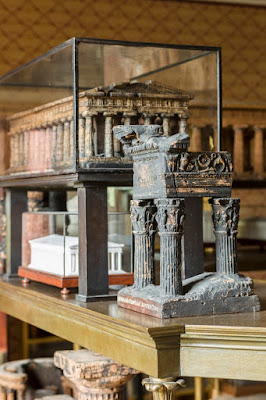 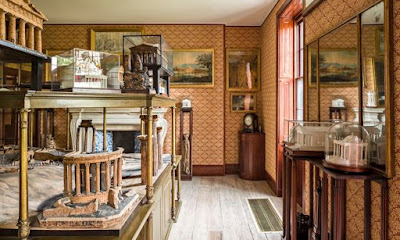 One of the things Soane collected was models of classical buildings; he had a whole room full, which has been recently restored. (More here.) 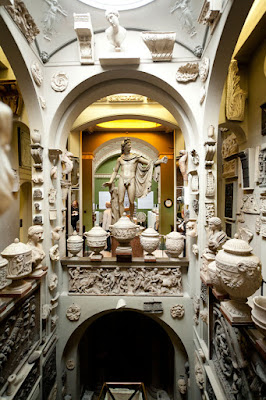 A friend insists that this is the most interesting museum in London. So next time you're in the city, consider stopping by. 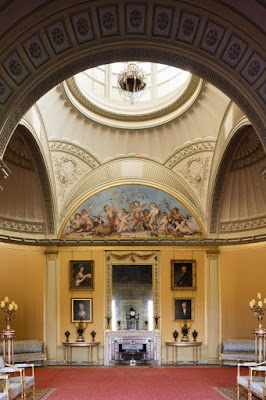