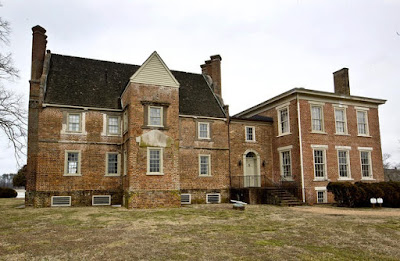 Bacon's Castle is a brick house in Surry County, Virginia built in the 1660s by Arthur Allen I. The original section is the cruciform house on the left in this picture, and the original door was in the middle of that under the stone pediment; the piece on the right is an addition built in the 19th century. 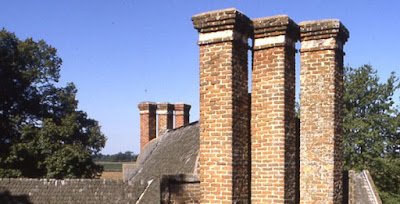 The house acquired its name when it was used as a fortress by insurgents during Bacon's Rebellion in 1665. Bacon's Rebellion was an outburst of populist rage by proto-Tea Party Virginians who hated Indians, blacks, and the governing elite in equal measure and managed to take control of the colony for a while before Bacon died, the rage was spent and the whole thing collapsed. 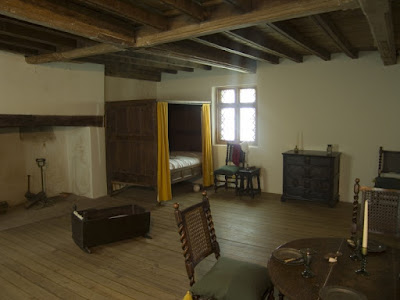 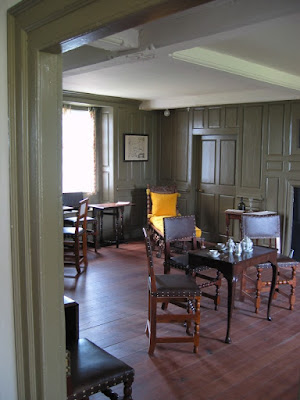 Now it belongs to Preservation Virginia (formerly the APVA), and I love the way they have maintained it. As you can see above, the rooms are restored to different periods. Half of the original block looks as it might have in 1665, the other half as it looked after a major restoration in the mid 1700s. 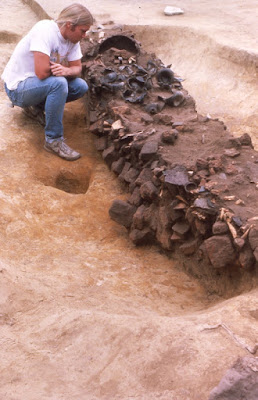 Bacon's Castle also occupies a crucial place in my own personal history, because here is where I had my first paying job in archaeology, back in 1984, and also where I first served as field supervisor just over a year later. We spent most of our time there digging a series of trash pits along the edge of the garden. Above is a picture of the balk left through the biggest pit, with my old pal and colleague Kevin Goodrich in a thoughtful pose. 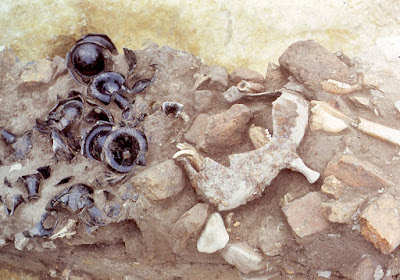 Close-up of the cauldron. 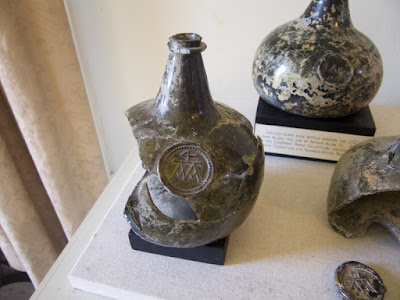 All the artifacts in the castle display came from that pit. Above are wine bottles with the seal of Arthur Allen. 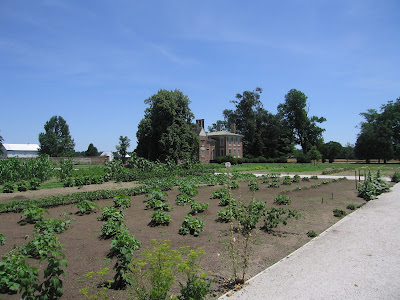 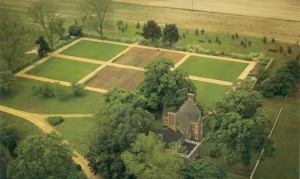 Those excavations were aimed at recovering the garden, which was laid out around 1680 by Arthur Allen II, the oldest formal garden in British North America, now restored thanks to the generosity of the Garden Club of Virginia. 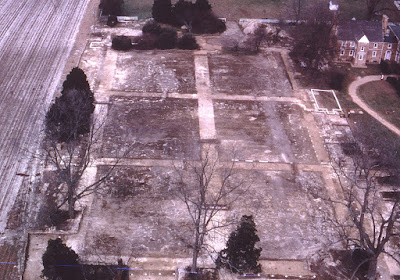 Overhead photograph of the garden under excavation. The white boards over near the house mark the foundations of an outbuilding; the small white circles are paper plates placed over 18th-century post holes, including those of an arbor. The garden paths were not natural soil; they were built by digging ditches more than a foot deep and filling them with carefully selected sandy clay loam soil. Which must have been quite a chore. 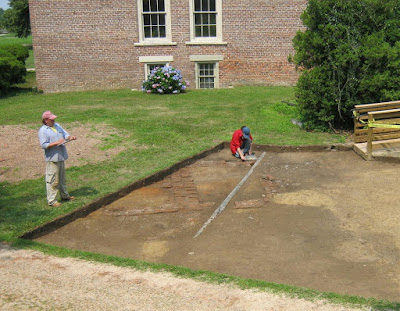 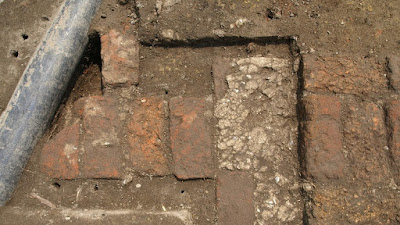 I was reminded of all this because some recent archaeology at the castle made the news:


Digging less than 6 inches down, he started hitting old brick and mortar laden with bits of oyster shell, then the U-shaped outline of a massive fireplace measuring more than 10 feet long.

That was followed by a second, equally immense firebox that butted back against the first and faced the other direction.

"What you see is an extraordinarily large, H-shaped chimney base," says archaeologist Nick Luccketti, head of the James River Institute for Archaeology, which was called in to study and document the unexpected find.

"This was a very substantial building. It probably combined the function of a kitchen with that of a laundry or a brewery. And it dates back to the late 1600s or early 1700s, when Arthur Allen II was reshaping the landscape here to reflect his status as one of the most powerful men in Virginia." 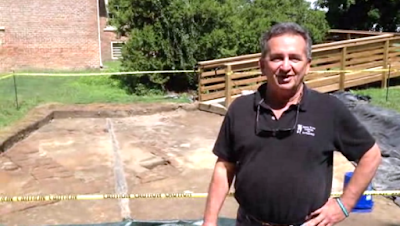 And there is Nick Luccketti, my boss in 1984-1985 and my first archaeological mentor, still digging around the castle after all these years. Takes me back.
Posted by John at 10:43 AM