A Grand Mansion and a Sale of Paintings in Ireland 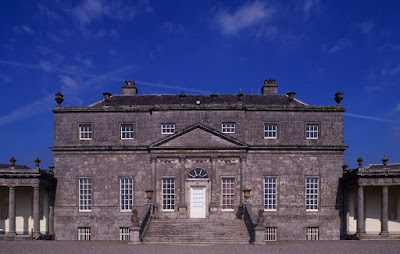 This is Russborough House, built in the mid 1700s, one of the grandest mansions put up by Ireland's Protestant ruling class back in the day. Its last private owner was Sir Alfred Beit of the diamond mining fortune. In 1974 Beit was famously tied up in his library by armed IRA soldiers who called him a capitalist pig and stole 19 of his paintings. That time the paintings were recovered, but Beit was rattled. He gave away most of his art and set up the house as a private foundation, open to the public. 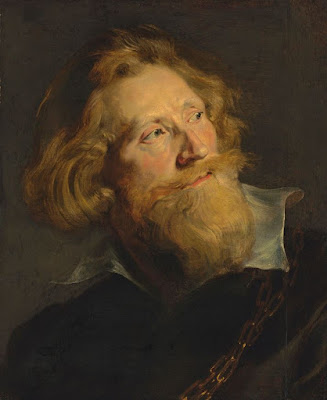 Now this is all in the news because the foundation wants to sell nine paintings to raise money. This is the best, Portrait of a Bearded Man by Peter Paul Rubens. The plan has led to an outcry from Irish art lovers, especially leftist art lovers who hold it as a principle that no work of art accessible to the public should ever disappear into private hands.

But if the house is to remain open, the money has to come from somewhere, and Ireland is just not a rich enough country to pay for keeping up all of its heritage with public funds. The real jewels of Beit's art collection (Goyas, Vermeers, others by Rubens) are safely in the Irish National Gallery, which has the resources to protect them from theft and decay. I feel the same way about this as I do about many other incidents involving museum collections: you can't save everything. Decisions have to be made about what can preserved for the public and what needs to be let go, and these days museum fanatics are, I think, pressing way too hard to keep every scrap of art and history. As a result many thousands of artifacts are locked up in museum basements when they could be the centerpieces of private collections. If the Russborough House keeps all of its paintings but then goes bankrupt and has to close, who has gained?
Posted by John at 7:01 AM

Keep the paintings, close down the mansion, and give the paintings to a different museum, either for display or for safe keeping. I think you'll find this solves all of your problems in one fell swoop.

My consultation fee is $10,000 payable by check or money order.