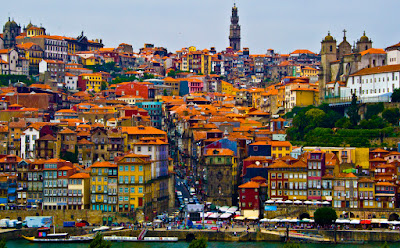 For some reason I have lately encountered tales of Porto in three different places, and this sign from the internet gods inspired me to look up Portugal's second-largest city and imagine traveling there. After all, says one travel writer, Porto


has all the history, charm and sophistication of Lisbon without the crowds, congestion and price-gouging taxi drivers. 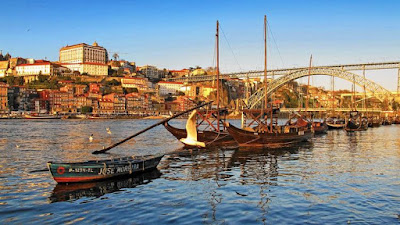 Porto is in Portugal's north, on the Douro River. It is an old place, dating to pre-Roman times and an important provincial capital under the late empire. 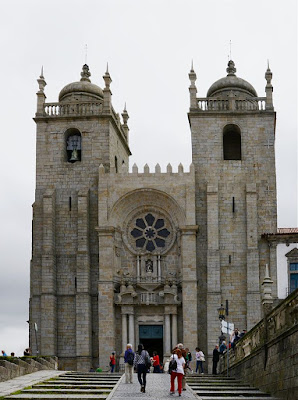 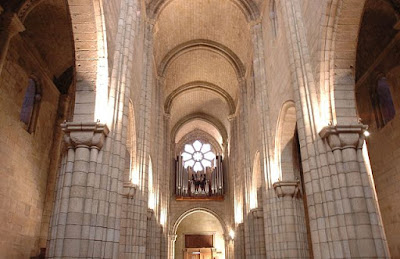 During the years of fighting between Christians and Muslims, the Douro River marked the frontier for nearly two centuries and the town nearly died. But in the 11th century the frontier moved toward the south and the place boomed again. Above, Porto Cathedral largely completed in the 13th century. 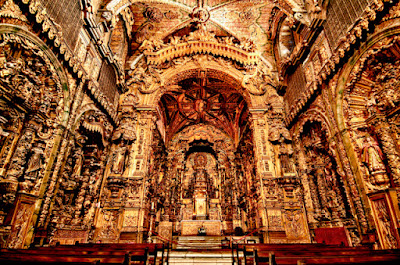 In the later middle ages the city became the center of the great trade in the wine of the Douro Valley, known as Port. Its relations with England were especially strong; it was at Porto in 1387 that King John I married Philippa of Lancaster, daughter of John of Gaunt, cementing an alliance between the Portuguese and English crowns. (Older English books often called the place Oporto, and once I realized that I understood why it was not more prominent in my historical understanding; the references I had seen to the place were split between the two forms.) Above, the astonishing Baroque interior of Igreha de Santa Clara, all gold-painted wood. 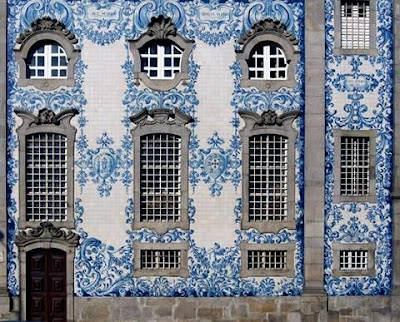 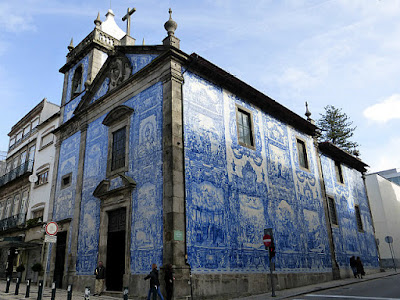 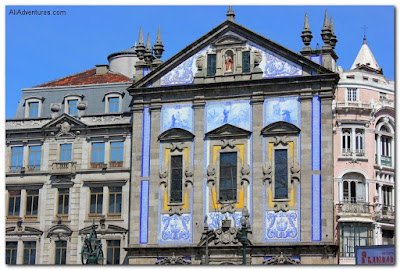 Porto's architecture is best known for the dazzling use of blue tiles, a style that developed in the eighteenth century. 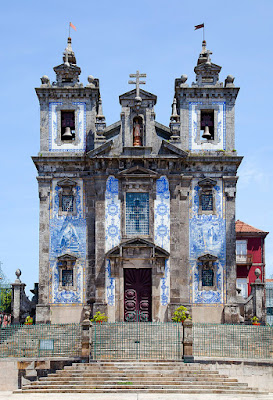 The Igreja de Santo Ildefonso is an eighteenth-century church in Porto, Portugal, situated near Batalha Square. Completed in 1739. 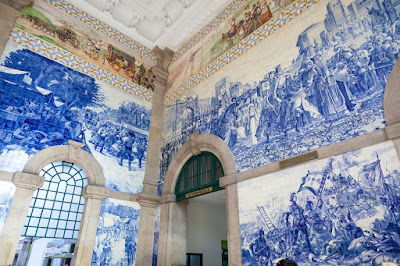 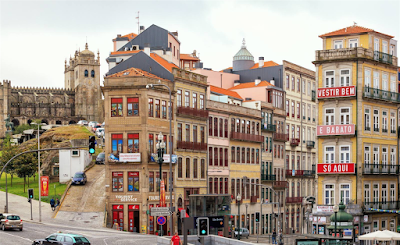 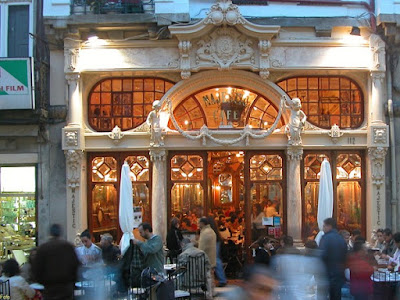 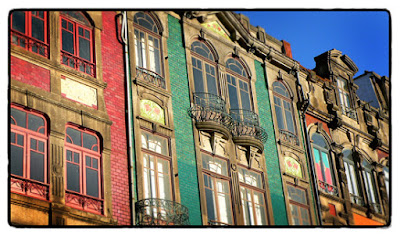 People love the vibrancy of the city's core, with its mix of architectural styles, rich food scene and active night life. 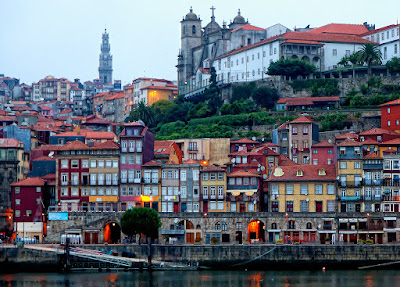 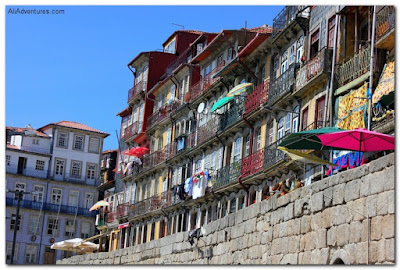 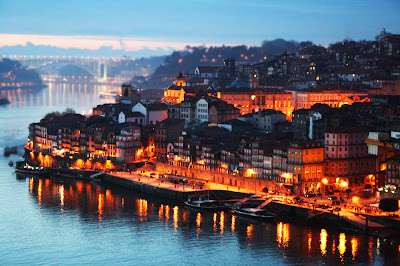