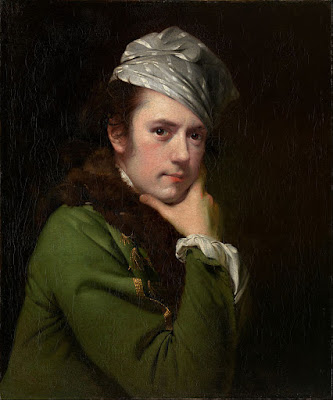 Joseph Wright (1734 – 1797), often called Joseph Wright of Derby, was an English painter best known for his Enlightened interests and his friendships with leading scientists and reformers. He supported himself for decades doing portraits, but once he got rich enough to do whatever he wanted he painted mainly landscapes. Above is one of his many interesting self-portraits, completed around 1763. 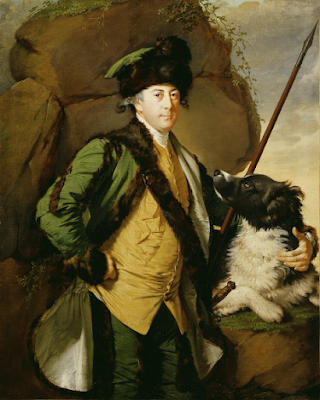 Wright's portraits strike me as a mixed bag. Some are very fine, like this rendering of John Whetham of Kirklington and his handsome dog (1780) 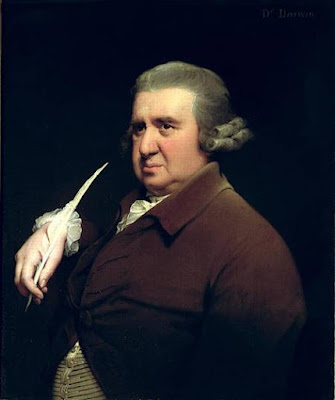 But some are a bit off, like this portrait of Erasmus Darwin. What's with the hand? Darwin was one of the leaders of the Lunar Society, and Wright was much involved with those men; one of his main patrons was Josiah Wedgwood, industrial potter and another leader of the society. The Society met in Birmingham but Darwin lived in Derby, so he may have introduced Wright to the lunar gentlemen. 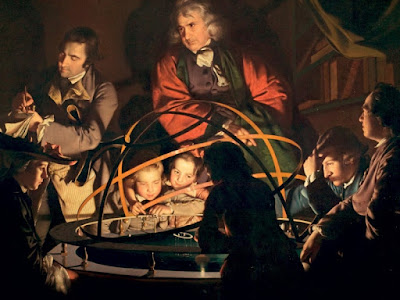 Darwin's best-known pictures these days are these group scenes of people doing Enlightened things. This is A Philosopher Giving a Lecture on the Orrery, in which a Lamp is put in the Place of the Sun, 1766. 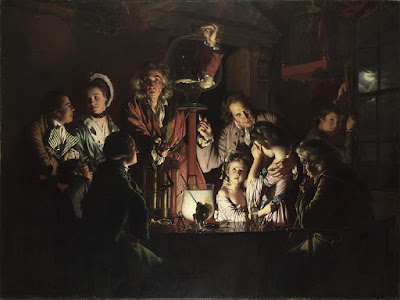 An Experiment on a Bird in an Air Pump, a common demonstration in which a vacuum was created and the audience watched the bird die. You can see that Wright was much interested in contrasts of light and dark, Chiaroscuro as the Italians called it. 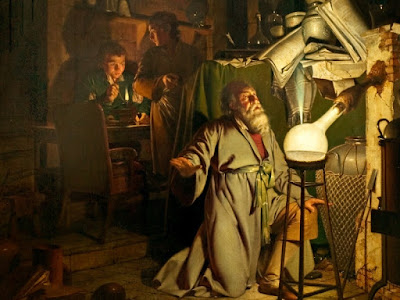 Famous painting titled (really) The Alchymist, in Search of the Philosopher’s Stone, discovers Phosphorus, and prays for the successful conclusion of his operation, as was the custom of the ancient chymical astrologers. This was first exhibited in 1771 but it was reworked in 1795 and bears that date. This is said to depict the "discovery" of the element phosphorus by German alchemist Hennig Brand in 1669: "A flask in which a large quantity of urine has been boiled down is seen bursting into light as the phosphorus, which is abundant in urine, ignites spontaneously in air." Even the bored assistants in the back are suddenly paying attention. I am not sure in what sense Brand discovered Phosphorus, since it is all around us and alchemists had known it in various forms since antiquity, so I can't believe he was the first person to isolate the pure form. But that's story. 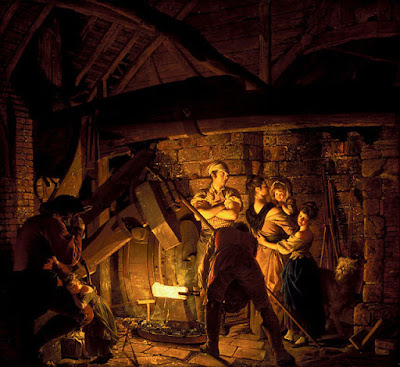 The Forge, 1777, one of a set of four paintings Wright executed of iron forges and blacksmith's shops. Notice the large hammer powered by a water wheel. 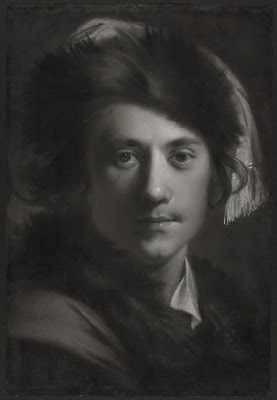 Here's an interesting self-portrait, done around 1765, all in gray pastel. When I saw this I thought it must be a black and white photograph, but no. 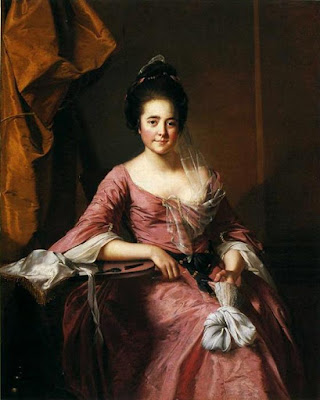 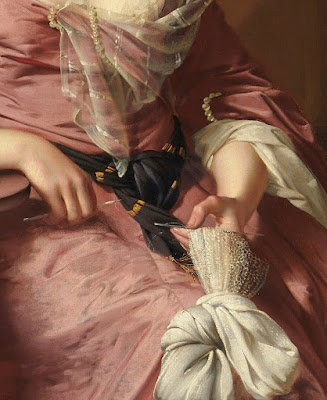 A Lady with Her Lace Work, and detail. Oddly enough it was the detail, which is making the rounds on Tumblr, that started me working on this post. I am not sure how the fad got started, but on Tumblr you often see portraits with the faces cut off, so that you focus on the clothes and hands. I once asked my Tumblr-famous daughter to explain this and she said, "It's an aesthetic thing." 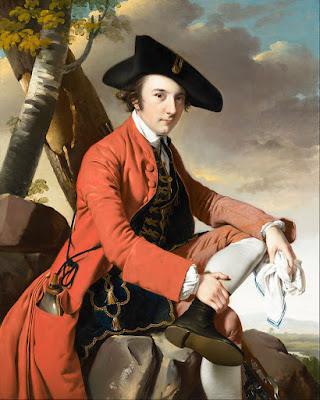 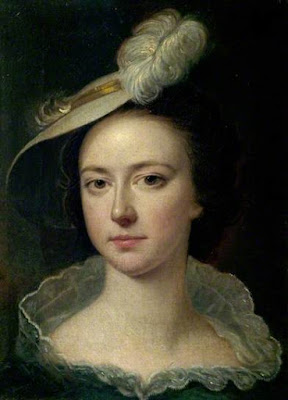 Hannah Wright in a Feather Hat. 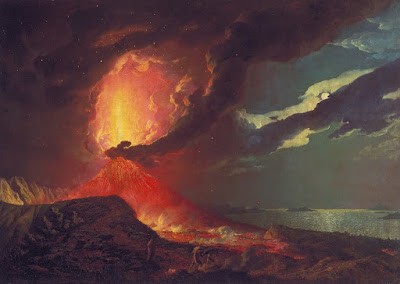 In 1773 Wright took a long journey to Italy and came back with several paintings of Vesuvius erupting. 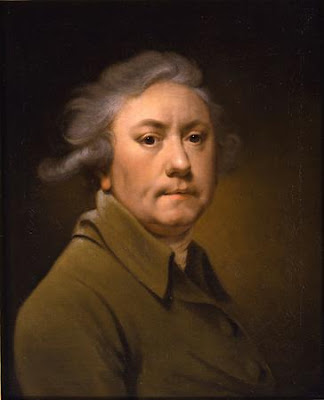 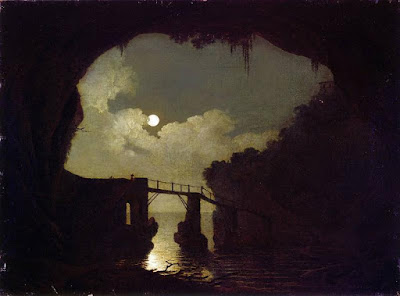 One of Wright's late landscapes. Bridge through a Cavern by Moonlight, 1791.
Posted by John at 7:09 AM