Race in a Mixed-Up America 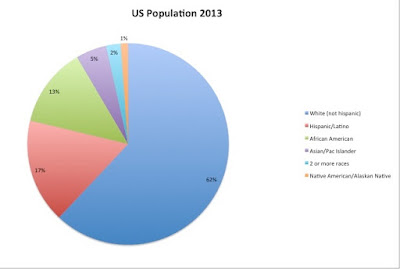 As I have written before, there is a lot of controversy surrounding the claim that America may soon be a "majority minority" country. The census bureau say so:


In 2012, the Census Bureau announced that nonwhite births exceeded white births for the first time. In 2013, it noted that more whites were dying than were being born. In March, it projected that non-Hispanic whites would be a minority by 2044.

But this depends on counting all mixed-race people as "minority" -- the census bureau still holds to the "one drop" rule -- and this may be a distortion of the actual situation:


According to the new Pew report, about 60 percent of multiracial Americans in fact do not consider themselves multiracial. But identities are socially constrained: That is, they are in part products of the ways others see us, and not just our free choices. The influence of social environment is especially strong in childhood.

In their book The Diversity Paradox, the sociologists Jennifer Lee and Frank D. Bean found that individuals with white-Latino and white-Asian backgrounds did not feel excluded by race and enjoyed latitude in choosing their own identities.

Some studies have found that nearly half of Asian Americans are marrying non-Asians, mainly whites. How their children will see themselves is an open question, and it is not all clear that they will feel or act as a "minority." Hispanic Americans are of course a very diverse group; some would be considered Indians if they had been born in the US, whereas others look and see themselves as much more European. What happens when they interbreed freely with other Americans is also unknown.

As with almost everything else in America, the great exception is with African Americans;


The story was different for those with one black parent: They experienced racial barriers. . . . About 60 percent of multiracial Americans who have some black ancestry reported discrimination by restaurants or other businesses, and 40 percent reported being unfairly stopped by the police.

But even this may be changing gradually; I know at least one half white, half-black woman who violently resists any attempt to classify her as black and also denies having experienced discrimination. 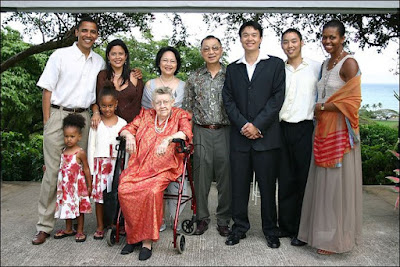 It is certainly true that America is changing. Massive immigration by Asians and Latinos of largely Native American ancestry has altered our gene pool, and the nation looks different than it used to. But then the country has always been changing; this isn't France or Japan, where some families have occupied the same villages for a thousand years.

In particular I think that predictions of future Democratic dominance in our politics are overblown; as Hispanic and Asian Americans settle in, they will come to vote like other Americans. Already Ted Cruz is an important leader of the Tea Party and the younger members of the Bush family sometimes call themselves Hispanic. I find much wisdom in the prediction of Ta-Nehisi Coates that white America will always admit enough Hispanic or Asian or mixed-race people to remain the majority. Yes, the world is changing; no, America is not about to become a completely different sort of country.
Posted by John at 7:43 AM