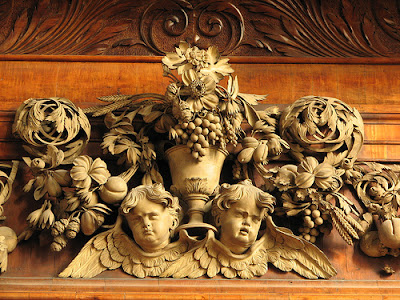 Grinling Gibbons (1648 – 1721) was born in Holland to British parents, and is thus sometimes called a Dutch-British artist; educated largely in the Netherlands, he spent his working life in England. His spectacular wood carvings decorate Windsor Castle, Hampton Court Palace, St. Paul's Cathedral and other London churches, Petworth House and other country houses, Trinity College Oxford and Trinity College Cambridge. Above, from Hampton Court, is a fairly typical example of his work -- he loved garlands of fruit and flowers. 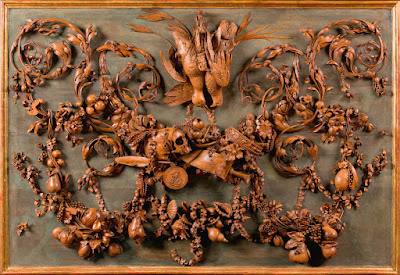 This is one of his most famous pieces, the Modena Panel, created as a memento mori for Charles II and now in Italy. 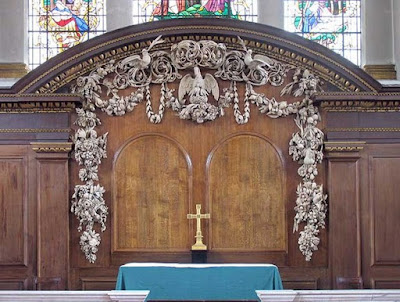 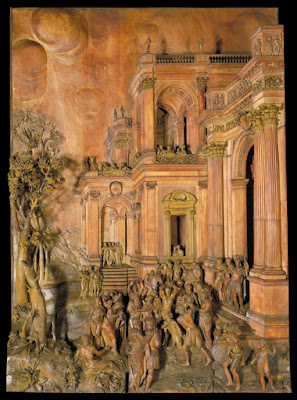 The Stoning of St. Stephen. This is a big file, worth clicking on. 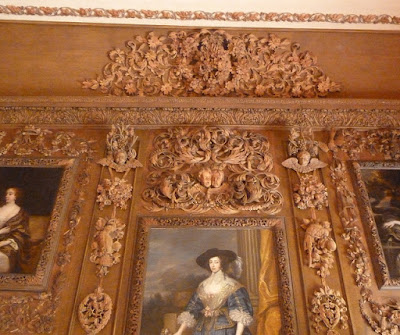 Hampton Court display wall. Much of his work was done as frames or settings for paintings, mirrors and so on, and such is Gibbons' fame that his work now often much overshadows the things it was supposed to set off. 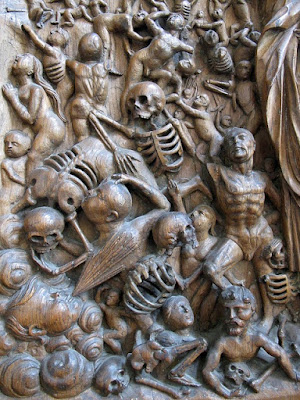 The Valley of Dry Bones, detail. 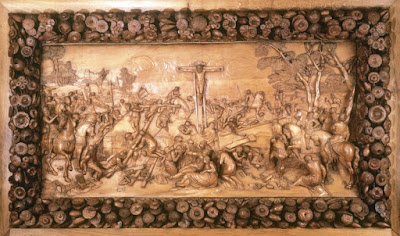 The Crucifixion, an early work he made to impress prospective patrons. Another big file. 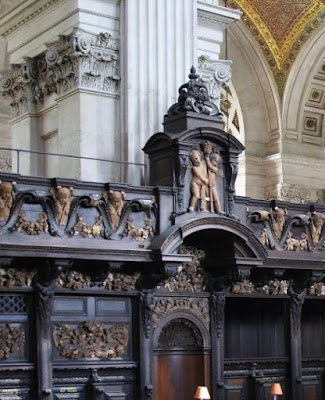 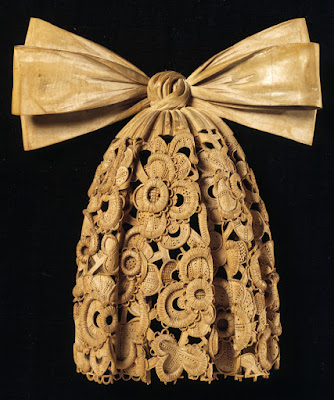 Lace bow, now in the Victoria and Albert. 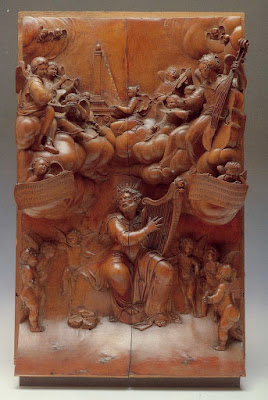 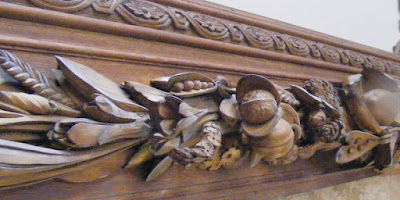 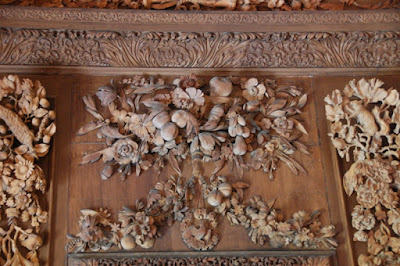 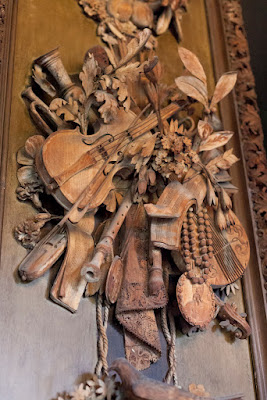 Stems, leaves and even violin strings carved from lime wood. 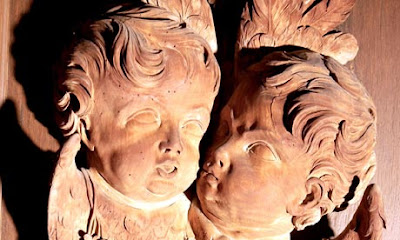 Wonderful things. And how can you not love a man named Grinling Gibbons? 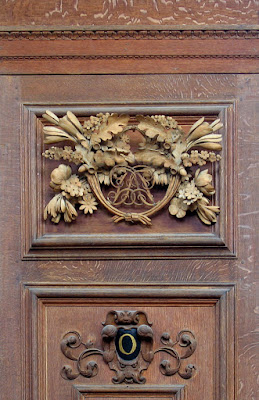