The Lost Gardens of Heligan 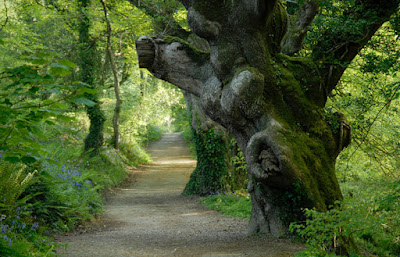 Heligan in Cornwall was a great estate established in the twelfth century and purchased by the Tremayne family in 1569. Starting in 1766 the Tremaynes began to build a huge, rambling garden. Squire John Tremayne, who owned the estate from 1851 to 1900, made it into a horticultural showplace, importing many plants from Asia. 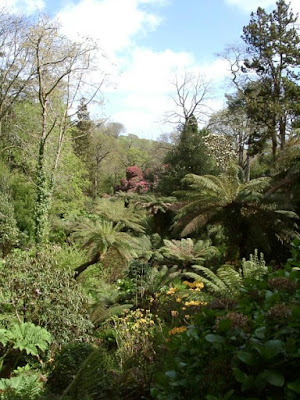 Then in 1914 the family fell on hard times, many trees were cut for lumber, the house was leased to tenants and the garden was largely abandoned. During World War II American troops camped on the estate. Much of the garden grew into an impassable jungle. 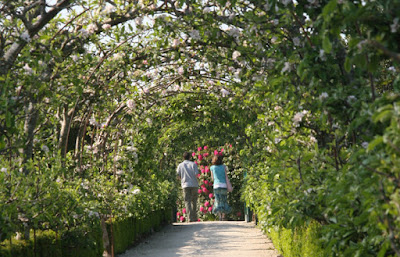 In 1990 Cornwall was struck by a great hurricane that devastated many gardens, destroying thousands of centuries-old trees. But at Heligan this destruction led to the discovery of the largely overgrown garden by John Willis, a Tremayne descendant, and Tim Smit. They enlisted the help of professional horticulturalists and began to restore the garden. In 1992 it was opened to the public by an entity called Heligan Gardens Ltd., which leased the land from the Tremayne Estate. 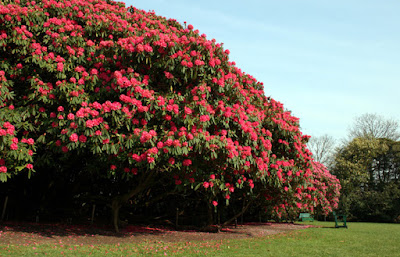 Since then the garden has become a great showplace again. Here is one of the 19th-century rhododendrons, which had to be excavated from under a thicket of other trees and shrubs. 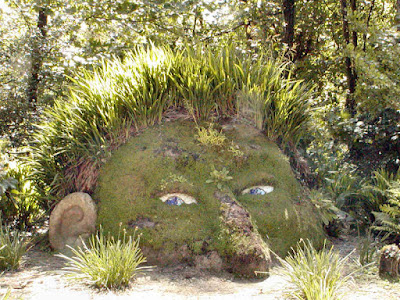 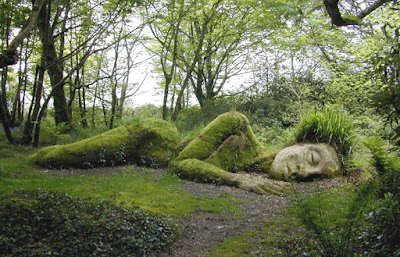 These whimsical characters, the Giant and the Mud Maid, have been added to the woodland paths. 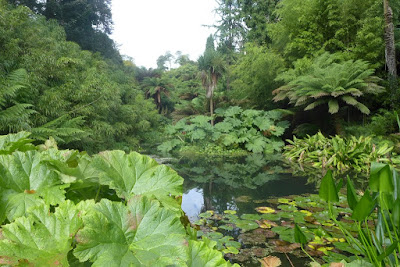 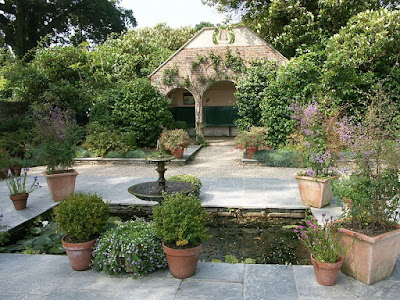 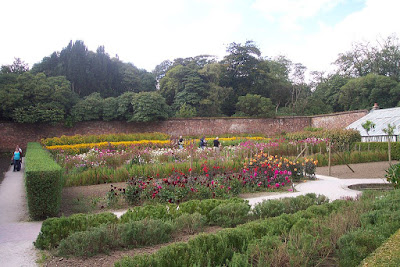 Looks like a wonderful place. Since two of my passions are archaeology and gardening, uncovering an overgrown, lost garden would be a great thrill for me. 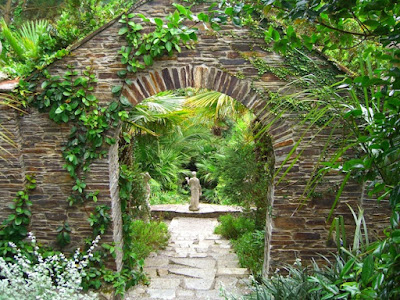