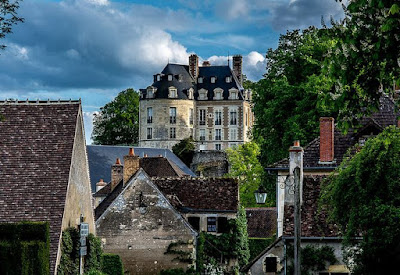 Apremont sur Allier is a tiny village on the Allier River near the exact center of France. It was founded in the twelfth century for quarry workers who worked nearby, extracting stone used in Orleans cathedral and many other monuments.The church dates to the 13th century, the oldest standing house to the 15th. 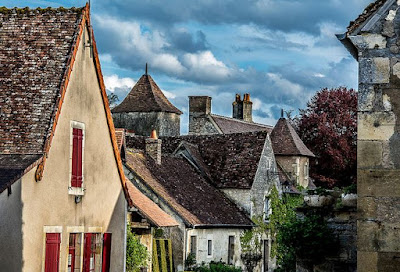 The town's web site has the motto, "where time has stopped," although as we shall see this is not really true at all. 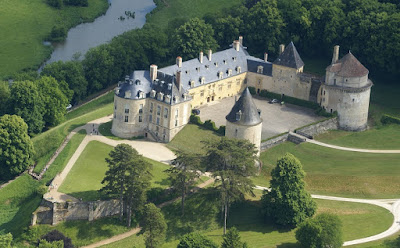 The town was the site of of a castle from the twelfth century, but nothing of the medieval castle remains. The oldest parts of the standing structure date to the late 1400s, most of it to the 17th and 18th centuries. 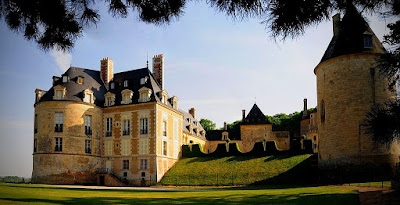 In 1722 the castle was sold to Louis Marie Victoire, comte de Béthune. The castle descended through his family until the 1890s. Then, according to French wikipedia,


The family is ruined. The Comte de Saint Saveur squanders his fortune on parties and gambling, then commits suicide. The land, cars and furniture are sold at auction. Abandoned, the house decays.

But in 1894 a daughter of the family, Antoinette Rafelis-Saint-Sauveur, married wealthy ironmaster Eugene Schneider. Taking their honeymoon in Apremont sur Allier, they decided to rebuild the chateau and make it their home. 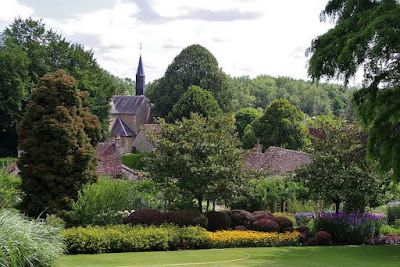 Reading this story I wonder: was this a romance, or was the daughter sold to a an evil capitalist to save the estate? Did he have a top hat and a waxed mustache, which he twirled as he bundled he weeping bride into his black carriage? Have I read too many stories? 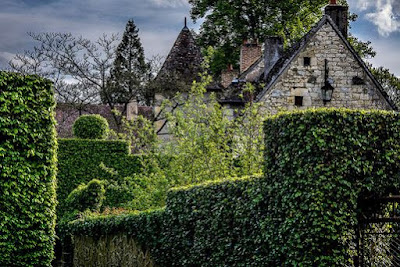 The Schneiders' son was a fighter ace during World War I, shot down and killed in 1918. Of course. 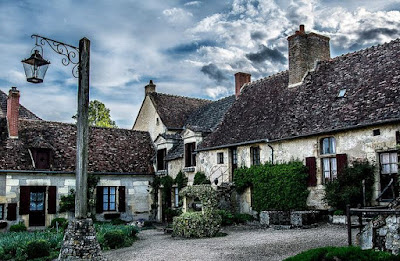 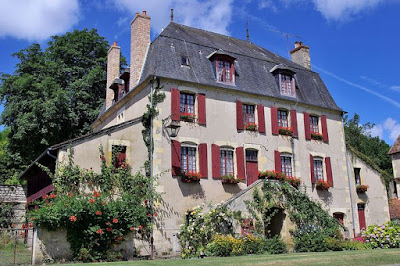 Meanwhile, the town was steadily disappearing; the population fell from 600 in 1860 to 325 in 1930 and 210 in 1940. Surrounded by decaying buildings, the Schneiders decided to rebuild their town into a medieval showplace. As the English page of the town's web site says,


Between the two wars, Eugène Schneider, ironmaster of Le Creusot, helped by the architect M. de Galéa, undertakes a heavy renovation project in order to valorise the village: What is not in harmony with the site is demolished and replaced by houses built in regional middle ages style.

So the town became a sort of French Colonial Williamsburg. 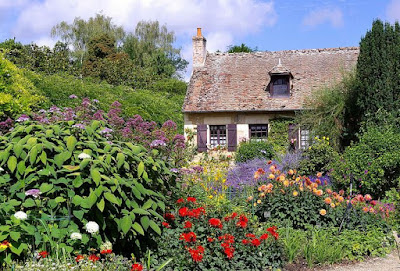 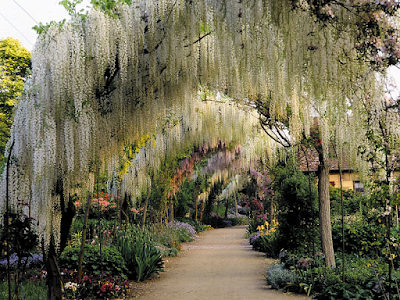 The wonderful garden (officially listed by the Ministry of Culture as a "Jardin remarquable") was laid out in 1976, designed by Gilles de Brissac, with structures by Russian painter and architect Alexander Serebriakoff. It occupies the old quarry. 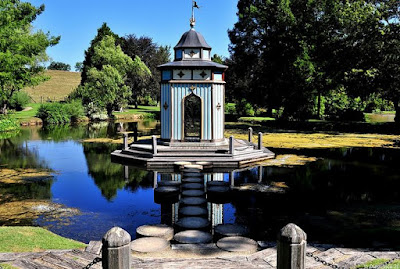 The garden buildings are supposed to evoke the spirit of the mid 1700s. This is the Turkish Pavilion. 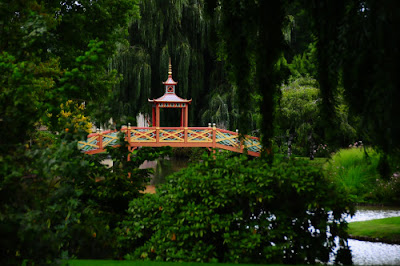 And the Chinese Bridge. 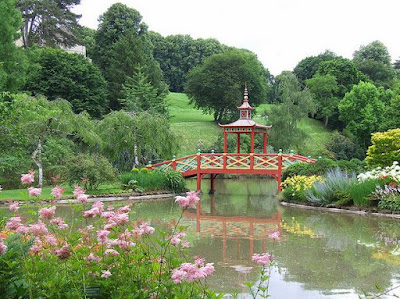 The chateau still belongs to the Schneider family, but the garden is open to the public six months a year. 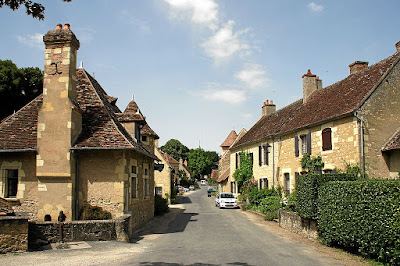 It looks like a perfectly delightful place, and I don't care if much of it is modern reconstructions -- I used to live in Williamsburg and I always loved the reconstructed colonial town. 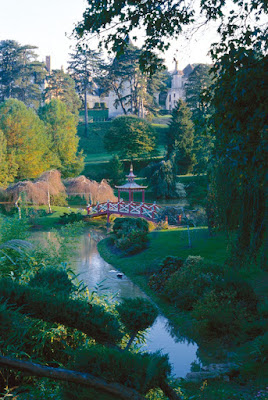 So tonight my thoughts wander to Apremont sur Allier, where I wish I were exploring the gardens, or walking along the river and imagining the barges carrying stone down to the Loire, so long ago. 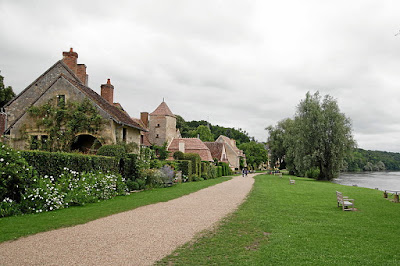