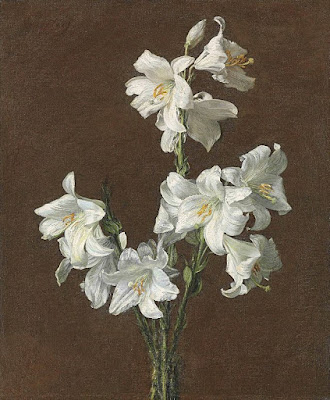 The other night my elder daughter was compiling a list  of her favorite painters, to answer a question sent in by one of her readers. One of the names was unfamiliar to me: Henri Fantin-Latour. So I looked him up. 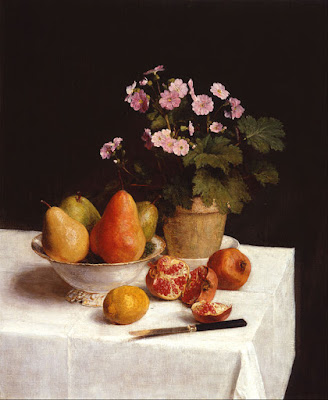 Fantin-Latour (1836-1904) was a contemporary of the impressionists and knew most of them, but he chose a different path. He painted mainly portraits and flowers. He made real money selling these old-fashioned still lifes, mainly to buyers in London. (Still Life with Pears, Pomegranates and Primroses, 1873) 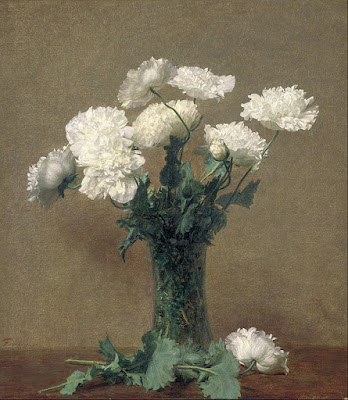 According to the Museé d'Orsay:


Fantin-Latour's still lifes, filled with poetry and a little old fashioned, were able to impress the public. However, the choice of this subject was not as innocent as it might seem. In the hierarchy of the genres laid down by the Académie des Beaux-arts in the 17th century, the still life with fruit or flowers was relegated to the lowest level. By freeing himself from all literary, religious or historical pretexts (supposed to confer worth and nobility to the work) Fantin-Latour was taking the opposite view to these academic principles. This painting, which tells no story, is intended purely to appeal to the eyes, thus embodying one of the main aims of modern art. 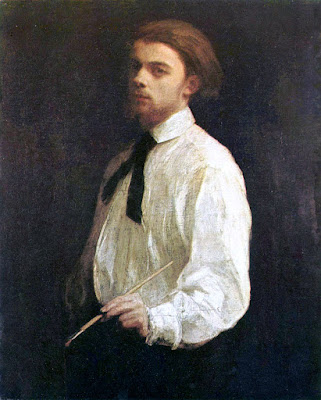 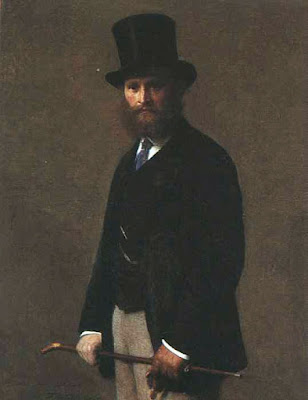 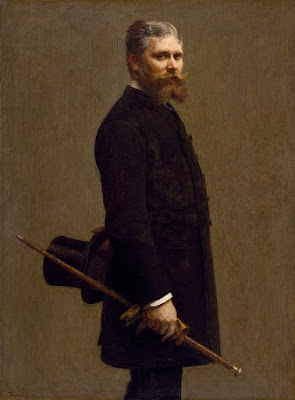 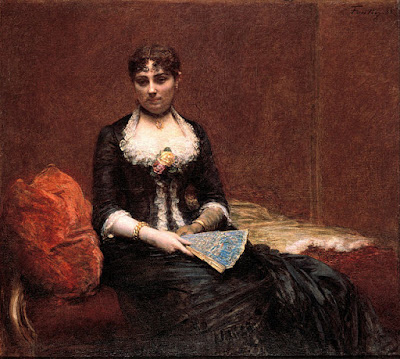 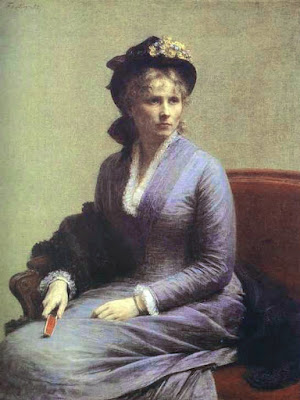 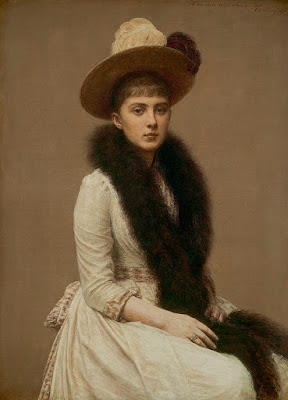 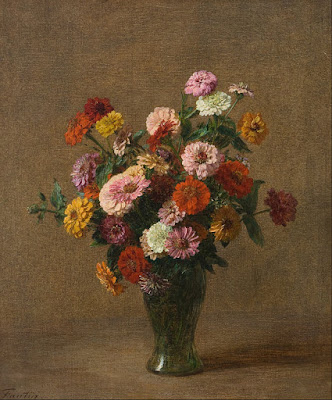 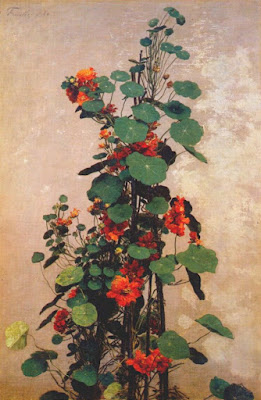 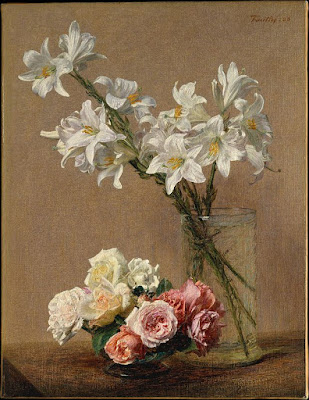 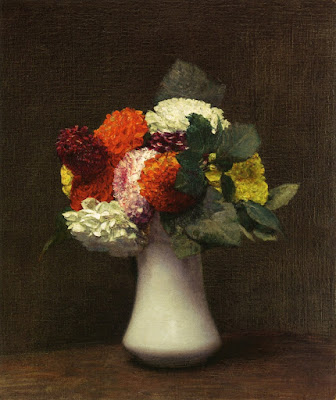 He has good technique, but for being "intended purely to appeal to the eyes" all of the images here are just so joyless and drab.

The portraits of others all make them out to be bored or annoyed, while his self portrait seems almost winkingly jaded and condescending. His flowers are a bit better in general, with some of them even having a pleasing naturalness to their arrangements, but all seem to lack a certain vibrancy to contrast with their large, dreary backgrounds.

Then again, perhaps the appeal was meant to be in the adherence to those "old-fashioned" values, which I assume must have been in vogue among his patrons. Perhaps more joyful and vibrant paintings would be at odds with their intended usage - perhaps they're not meant to be colorful and cheerful, but rather to be serious and austere, lending "gravitas" and "dignity" to a wealthy home or gallery.

They remind me, honestly, of those "trading cards" we collected as kids-- basically playing card backs w/o pips etc on the front. Many of them were flower pictures quite like these.