Wonders of the Frozen Pazyryk Tombs 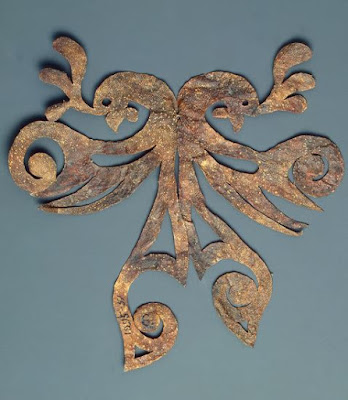 I spent hours this week perusing the web site of the Hermitage Museum, which is full of wonders. Among other things the famous treasures from the frozen tombs of the Altai are there, and now they have images up of many things I have never seen before. (Felt appliqué) 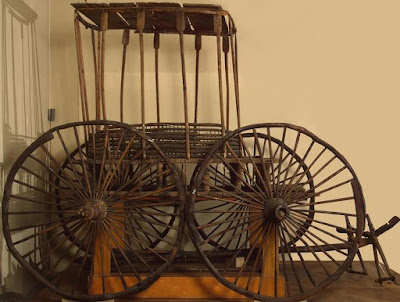 The Altai is a desolate mountain region where Kazakhstan, Mongolia and China come together. In those mountains are certain high meadows where the ground is permanently frozen. Those meadows were sacred to nomadic tribes who traveled the nearby steppes, and between about 550 and 250 BCE they buried their royal families in the frozen soil. (Wagon) 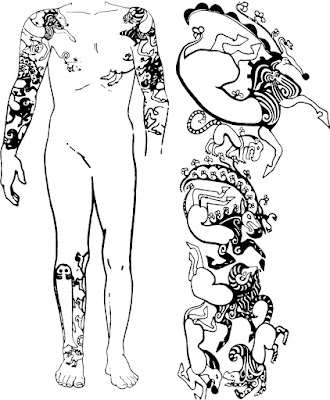 The tombs were all looted long ago and archaeologists found little gold in them. But the frozen soil preserved all manner of perishable items made of wood, leather, and cloth. Even some of the bodies were preserved, with their tattoos. So today I post more images of these wonders, emphasizing things I have not posted before. 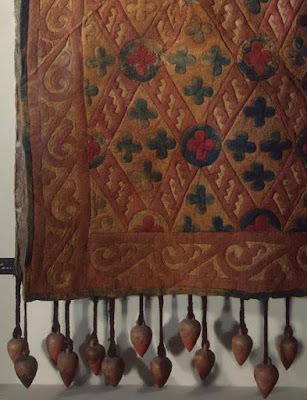 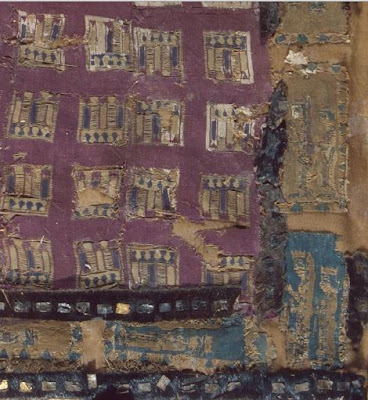 From these precious items we can form wonderful images of life among the nomadic people who used them. Modern nomads live in tents lined with carpets, and they dress in many layers of clothing against the harsh winters. Without those textiles, our reconstruction of the world of ancient nomads is naked; with the carpets and blankets of the Altai Tombs, we can clothe them again. Here are details of two saddle blankets from the tombs; the top one is felt, made in central Asia, while the bottom one is from Iran. 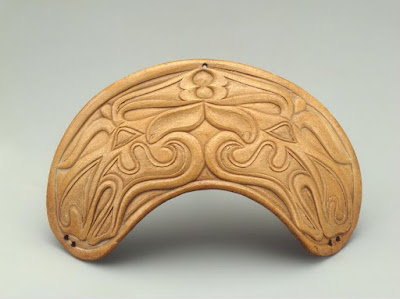 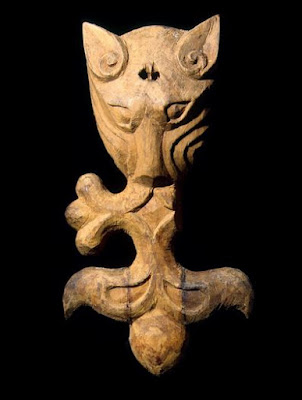 The culture of these tombs is known as Pazyryk, after the first of these archaeological sites to be excavated. The Pzayryk were related to the Scythians of west Asia; the main difference is that while the Scythians were closely connected to Greek and Persian culture, the Pazyryk had trading ties with China. Wooden plaques from saddles and bridles. 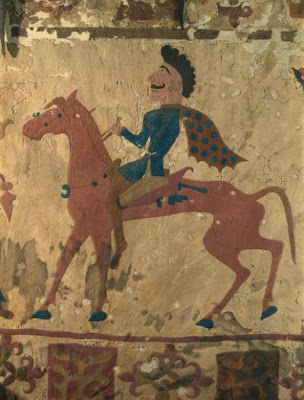 Famous felt rider from a carpet made in central Asia. 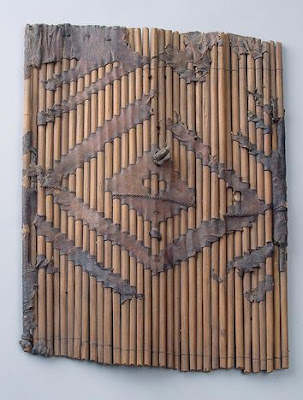 A small shield (35 cm tall) made of wood and leather. 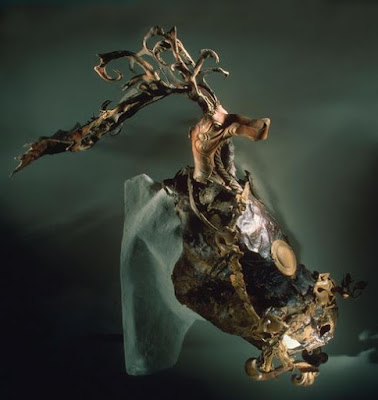 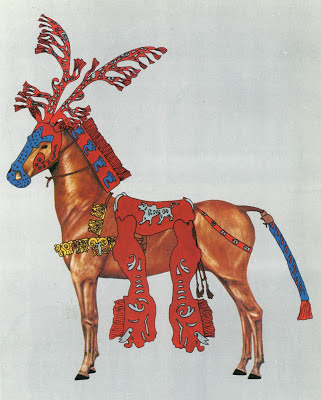 Antlered mask for a horse, and a reconstruction of what this horse's finery would have looked like. 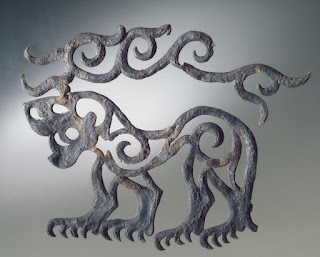 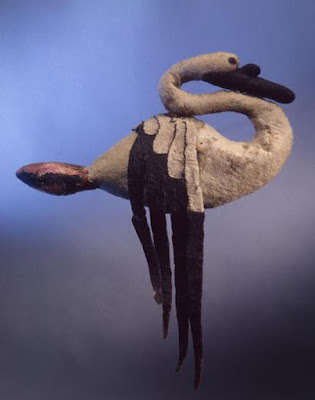 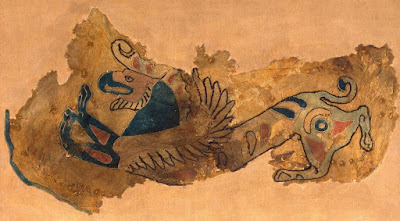 More felt: a tiger with antlers, a swan, and a griffin. 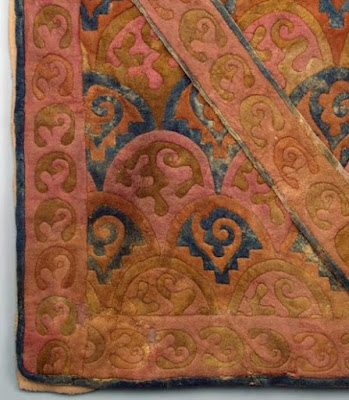 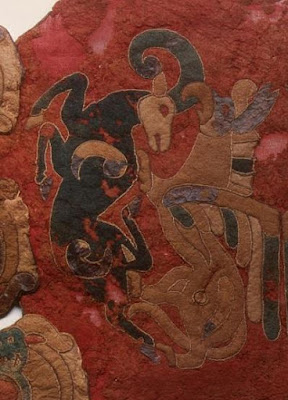 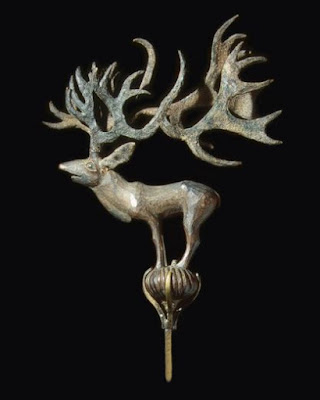 And the top of a staff. Here we see one of the great things about life in the modern age. Across the 2,000 years before archaeologists dug into these tombs, nobody on earth had seen these things, and their memory faded. But we can see them with the click of a mouse. For most of human history, most people experienced only a single cultural zone, or a handful. We have access to thousands, living and dead. For a curious person like me, it is a great reason to be alive now. 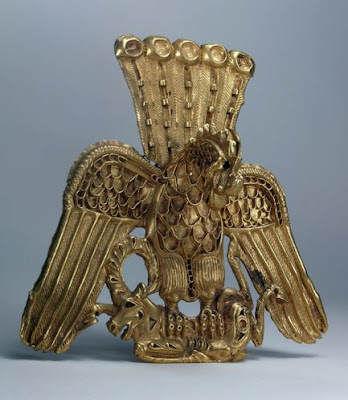 Ornament showing an eagle and prey. More here, here and here.
Posted by John at 7:35 AM