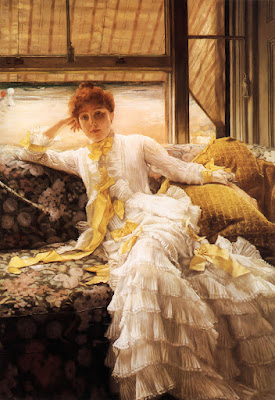 I suggested to my elder daughter that Franz Xaver Winterhalter was he greatest ever painter of dresses, she said, "There's also James Tissot." The name didn't ring any bells, so I looked him up. And he was indeed a great painter of dresses, among other things. And because he worked mainly in a later period than Winterhalter, he provides documentation of a different style -- bustles, ruffles, and high necks rather than hoop skirts and exposed collarbones. (Seaside, 1878) 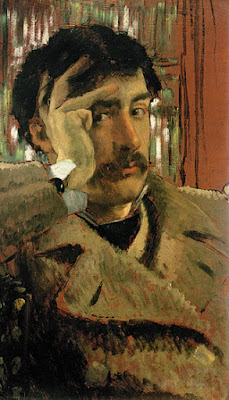 Jacques Tissot (1836-1902) was born in Nantes into a well-to-do bourgeois family. His father was a draper, that is, a dealer in cloth, which may have influenced Tissot's lifelong interest in clothing. He wanted from an early age to be a painter. Of course, his father opposed this as a proper bourgeois should, wanting Jacques to take over the family business. But his mother supported him, and by 1856 he had moved to Paris to study. Around this time he began to call himself James, possibly because he loved England far more than any Frenchman ought. (Self portrait, 1865) 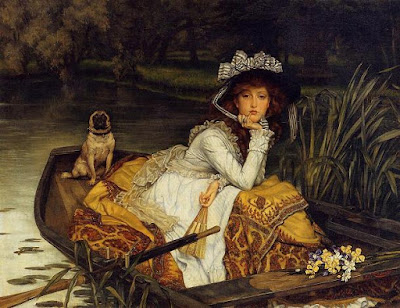 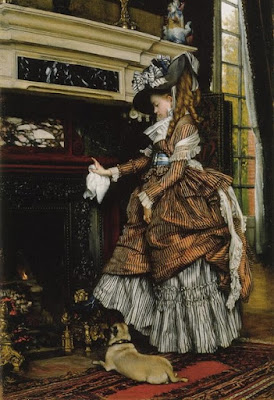 In Paris Tissot had some success painting of historical subjects and scenes from Faust and other literary works, paintings that seem to have been completely forgotten. On the other hand his portraits of well-dressed society women were a big hit, and remain much admired. (A Young Woman in a Boat, 1870, and The Fireplace, 1869) 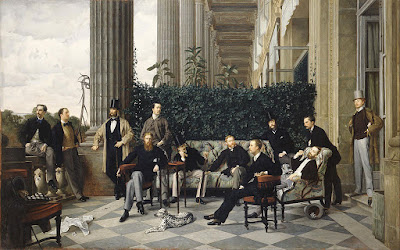 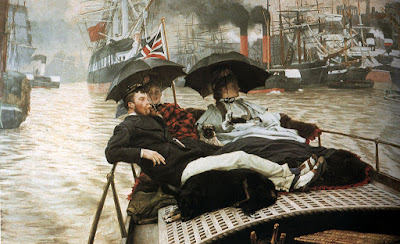 Tissot was friendly with some of the other artists of his generation, especially Manet, but his life in those years has been described as "boring." Then came the Franco-Prussian War. Tissot was part of the National Guard charged with defending Paris, and he joined the Paris Commune. It is not clear if he was suspected of radical views, but everyone who had served the commune was under suspicion in the aftermath of its defeat. Tissot fled France for London, and he lived in England for the next decade. (The Circle of the Rue Royale, 1867; and The Thames, 1867) 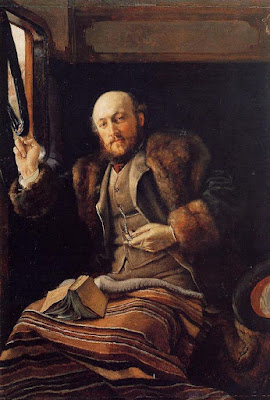 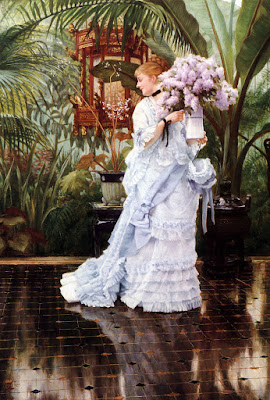 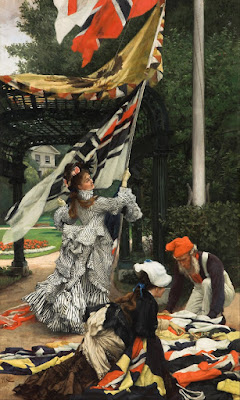 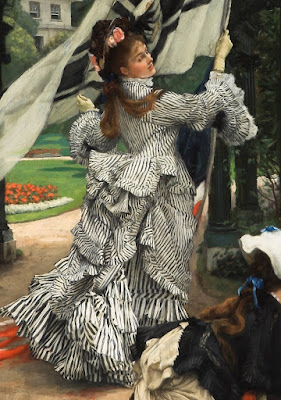 In England Tissot was financially very successful, doing a great many of these wonderful portraits. (A Gentleman in a Railway Carriage, 1872; Lilacs, 1875; Still on Top, 1873, and detail) 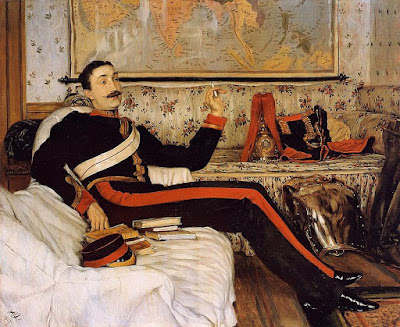 Captain Frederick Gustavus Burnaby, obviously a character straight from a novel by Thackeray. What a guy. What a portrait. 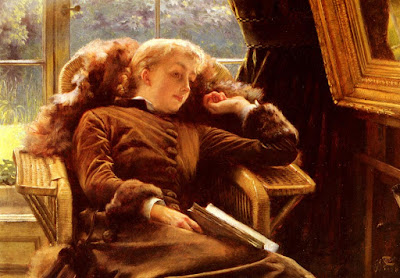 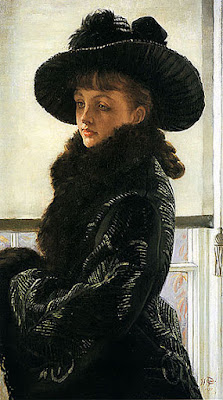 In 1875 Tissot met Kathleen Newton, an Irishwoman born in India in 1854, part of one of those imperial families. She was divorced, her arranged marriage having been undone by scandal before it was consummated. They became lovers and had a son together. They never married, probably because both were devout Catholics -- devout enough anyway that marriage out of the church was unthinkable, but not, I guess, devout enough to give up their love. (Kathleen Newton in an Armchair, 1878, and Mavourneen (Irish for "my beloved'), 1877. 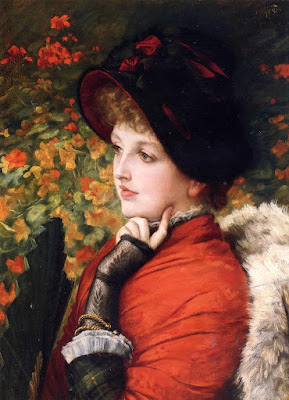 Because of the scandal, Tissot had to withdraw from London society, and he lost some business, but he doesn't seem to have cared. But then Newton was stricken with tuberculosis and wasted away, dying in 1882. (A Type of Beauty, 1880) 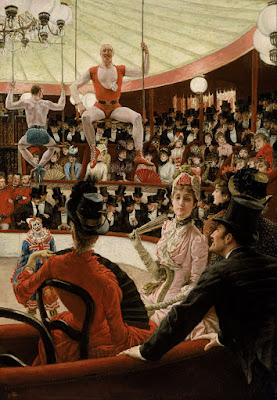 Tissot then returned to Paris. He was never as productive again as he had been in England, and people say that he never really recovered from his mavourneen's death. This is from a series on The Women of Paris: The Circus Lover, 1885. 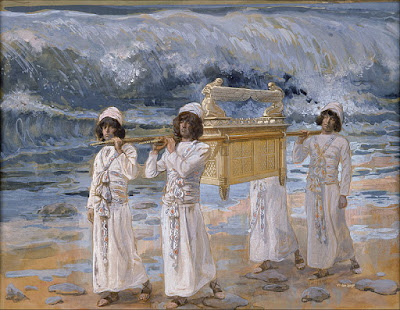 Instead in his later years Tissot painted many religious scenes, most of them very strange compositions like this, The Ark Passes over the Jordan, 1900. 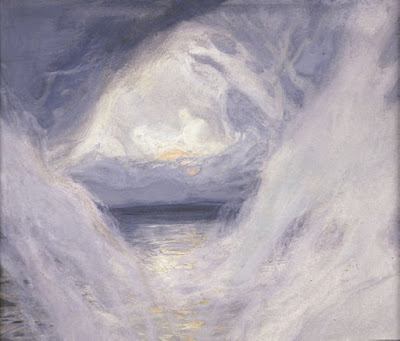 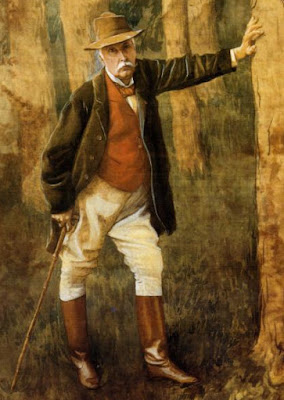