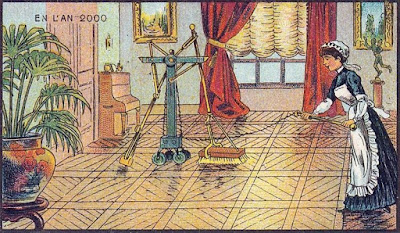 These postcards were produced France by Jean-Marc Côté and other artists in 1899, 1900, 1901 and 1910. They depicted the far future world of the year 2000. The first series was produced for the 1900 World Exhibition in Paris. More at the Public Domain Review. 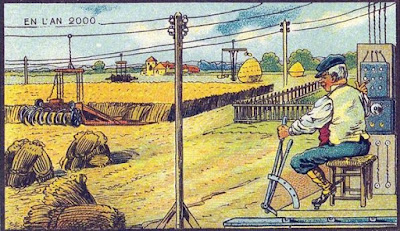 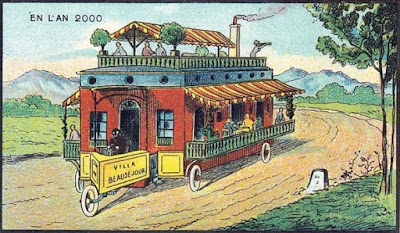 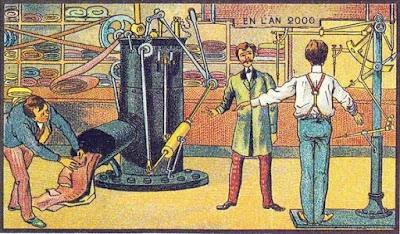 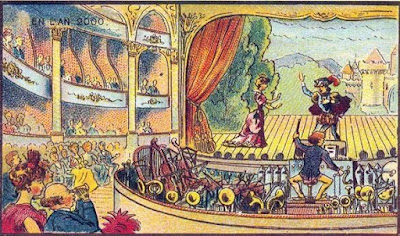 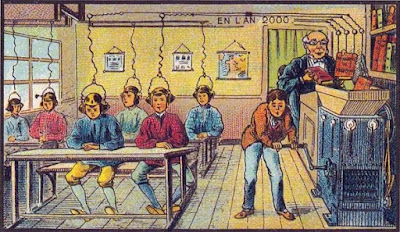 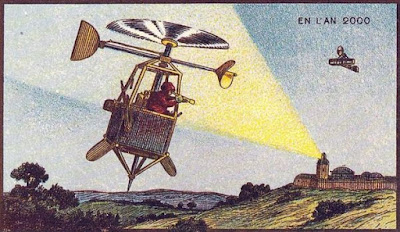 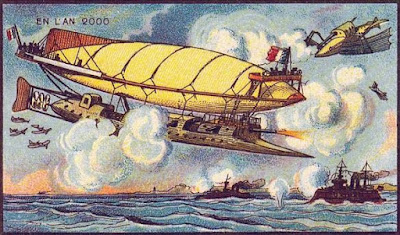 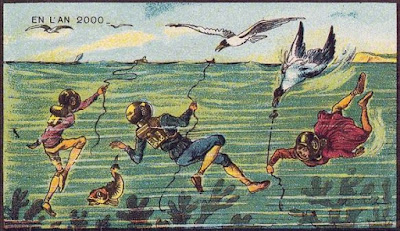 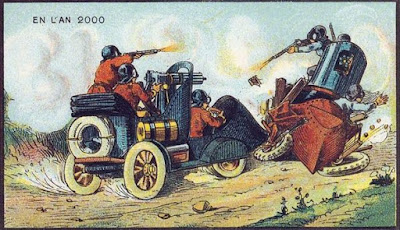 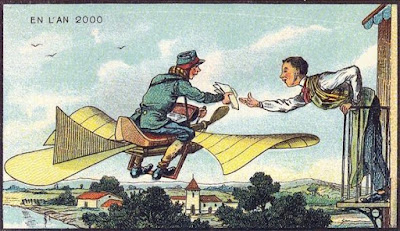 Old views of the future always mix things that already seem quaint to us with things we haven't yet achieved. Inventive minds have been imagining mechanical tailors for a century, but most sewing is still done in sweatshops by people sitting at sewing machines. Sewing clothes is just so hard for machines that it is still cheaper to pay people in Vietnam or Bangladesh to do it. And yet compare that mechanical orchestra to a synthesizer, or those armored cars to modern tanks.
Posted by John at 7:32 AM