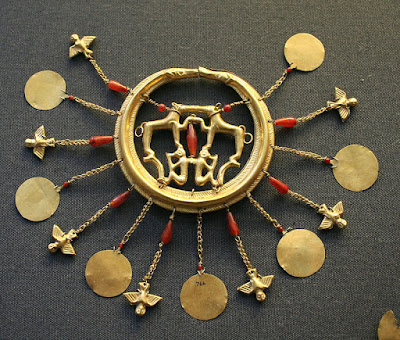 In 1892, an agent from a London firm of sponge merchants called Cresswell Brothers showed up at the British Museum with something a little more exciting than sponges. He came to sell a treasure of gold jewelry that he said had been dug up the year before on Aigina, an island in the Saronic Gulf off Athens. 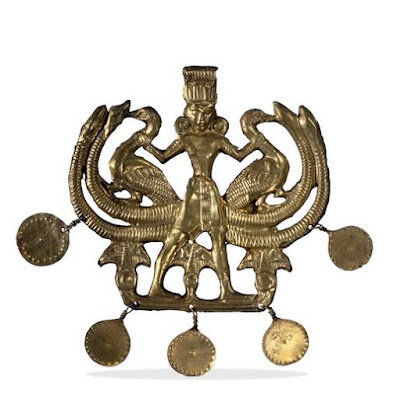 The museum snapped up the treasure, and it has been in the British Museum ever since. (Above, a male deity in the "master of animals pose." Gods in this posture are usually asserting their power over lions or dragons or some other terrible beast; what does it mean that this poor guy is mastering geese?) 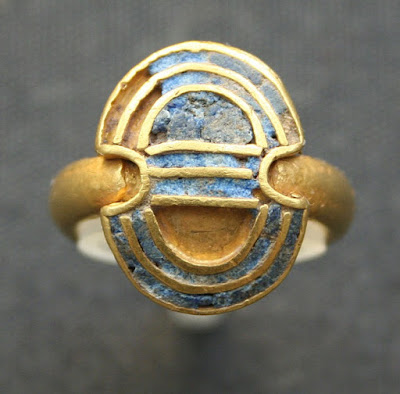 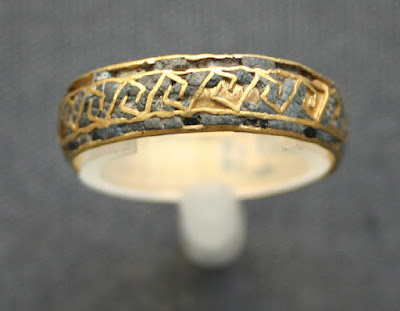 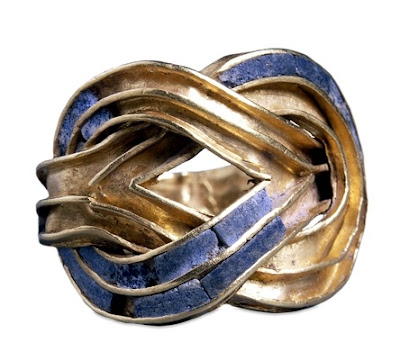 I think the glory of the treasure is these three gold rings inlaid with lapis lazuli. 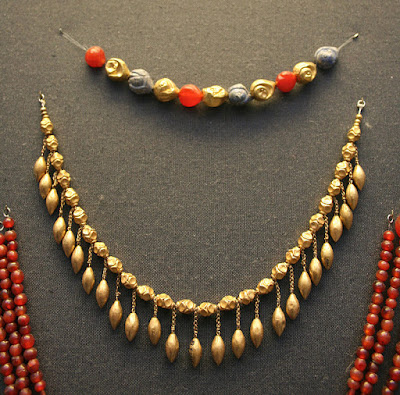 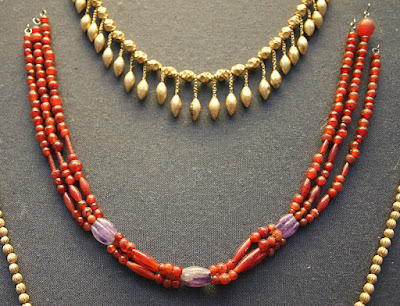 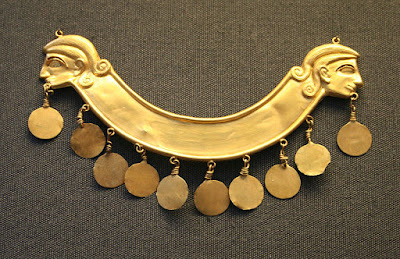 As archaeologists learned more about Aegean archaeology over the next thirty years, many came to doubt that this treasure actually came from Aigina. These artifacts date to the cultural period called Middle Helladic or Middle Minoan, around 1850 to 1550 BCE, and they most closely resemble artifacts found on Crete. So far as anybody knew in 1920, Aigina was not even occupied in 1550 BCE. 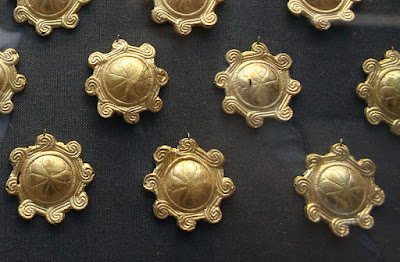 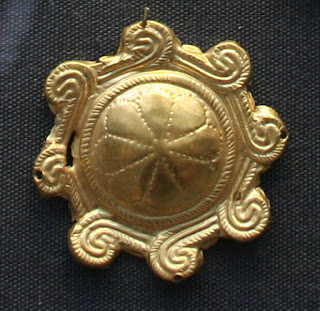 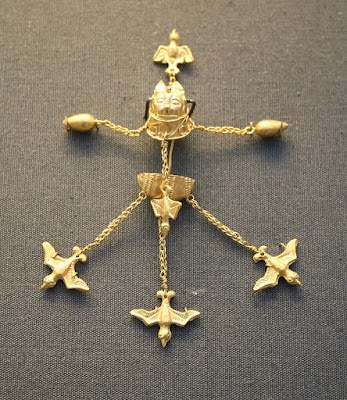 Uncertainly crept into descriptions of the treasure, and then a different sort of certainty. Most accounts of the treasure written in the 1950s to 1970s insist that insist it was actually dug up on Crete. 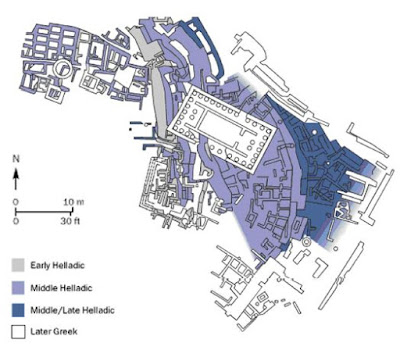 But in 1966 Austrian archaeologists began exploring the Bronze Age levels of a site at the northern end of the island called Aigina Kolonna. Over the past 50 years they have established that the site was a major center in Minoan times. 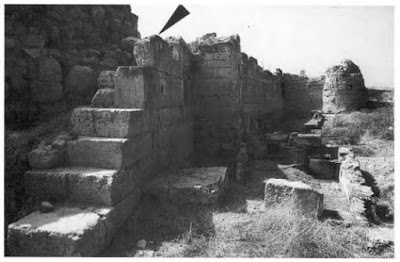 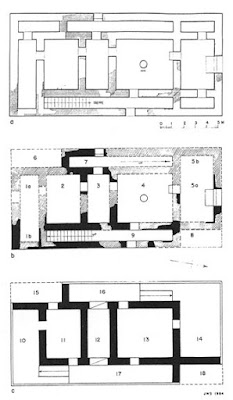 By 2100 BCE the site was surrounded by an impressive stone wall, and included a large public building known as the Weisses Haus. 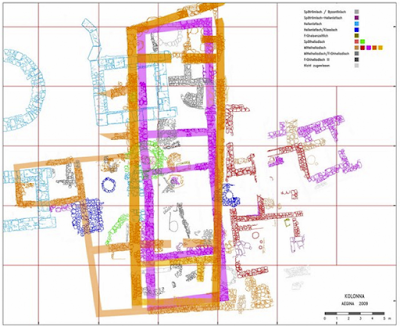 By the Middle Helladic the site included this large "palace" structure, and graves of this period contained impressive amounts of gold. Some archaeologists consider that Aigina Kolonna is the first state level society identified in Greece outside of Crete. So it was, after all, an important enough place at the time the treasure was deposited to have hosted such wealth. 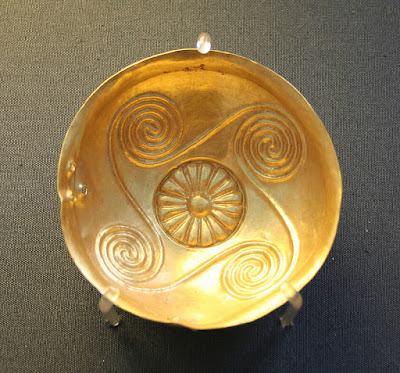 Not only that, but the archaeology of Aigina Kolonna seems to be a better fit to the treasure than the archaeology of Crete. As I said, the Aigina Treasure resembles Minoan work, but not exactly; it also seems to show other influences, including mainland Greece and the Cyclades. And that is what archaeologists have found at Aigina Kolonna: many objects there are Cretan imports, but others come from mainland Greece or Asia Minor. So now accounts are back to saying that the Creswell Brothers told the truth, and the treasure really was dug up at Aigina. 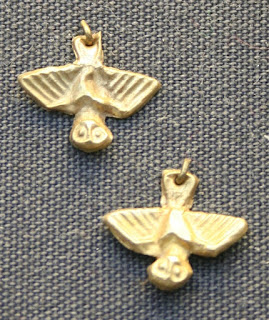 Pictures from wikipedia and the British Museum.
Posted by John at 9:05 AM