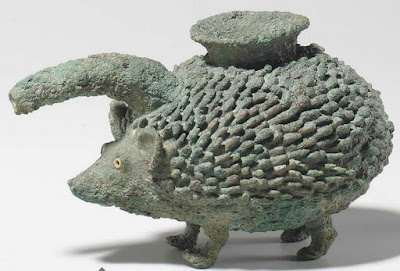 According to Christie's, which sold this back in 2011, this is a Syrian Copper Vessel of the Late Uruk Period, Circa 3000 B.C., which had been in a private collection in Switzerland since the 1920s. I guess somebody believed them, since it sold for $385,000. 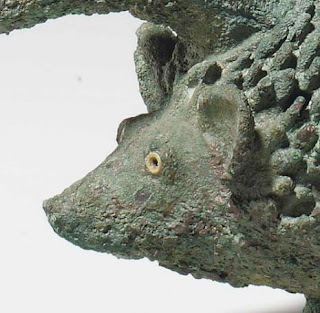 I honestly don't know what to make of it. It doesn't look like anything else I've seen from 3,000 BC, and Syria is not very well known in that period. But I suppose it could be. And anyway, how wonderful.
Posted by John at 3:09 PM