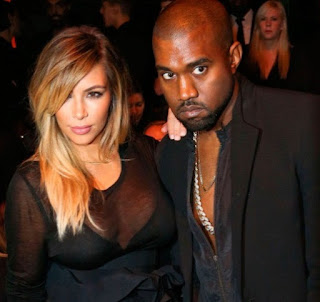 
A half-century ago, student activists at the University of California clashed with administrators during the Berkeley Free Speech Movement, a series of events that would greatly expand free-speech rights of people at public colleges and universities.

Today, activists at UCLA are demanding that administrators punish some of their fellow students for expressive behavior that is clearly protected by the First Amendment.

In the past, free-speech clashes have turned on whether Americans have the right to criticize their own government during wartime, to march as neo-Nazis past the homes of Holocaust survivors, to submerge a crucifix in urine, or to burn the United States flag.

All of those things, the courts have ruled, are protected speech.

What did UCLA students find so outrageous as to warrant the violation of the fundamental right to free expression? A “Kanye Western” theme party where students wore costumes that parodied rap superstar Kanye West and his celebrity wife, Kim Kardashian. For this, UC student activists would squander their inheritance.

Some of the complaints against the party have come from people who just don't get the joke; like, many party-goers padded their butts, which some people thought was racist, not realizing that the point is to mock the white half of the couple.

A more interesting question concerns the status of someone like Kanye West in the public discourse. When white fraternity boys mock Kanye West, is that racist? Or is he so rich, influential, and famous that attacks on him are more like rebellion against the dominance of the 1 percent? We're talking about a man who once said I am God's vessel. But my greatest pain in life is that I will never be able to see myself perform live.

Does his race protect a millionaire celebrity egotist like Kanye from satire by white people?

From what I can gather from news accounts, it seems that some party-goers slid over from mocking Kanye in particular into mocking hip-hop culture in general, which I imagine could easily come across as racist. I want to set that aside and focus on Kanye. Part of the dispute over the party concerns whether anyone attended in blackface, which even the libertarian Friedersdorf thinks would have been unforgivably racist. (Apparently not, according to the latest news stories.) I understand that blackface has an awful history. But what if a white person used dark make-up in a costume that ended up with him looking exactly like Kanye, and he dressed like Kanye and went around saying gnomic Kanye-like things (e.g.,  I live and breathe every element in life) so that it was obvious to anyone who has ever seen Kanye that this was a portrait of a particular person, would that still be racist? Why would it be different if somebody dressed up as Kanye without dark makeup?

If Keeping Up with the Kardashians makes any point our world, it is that at their level of celebrity and wealth, race is irrelevant. The Kardashian sisters date white, black or Latino men indifferently, provided they are rich, handsome celebrities, and two of the daughters have married black men.

For some people, race is the lens through which they see everything; this applies to both black activists and white racists. If you think this way, when white people mock a black person that is ipso facto a racist act. I think that is a mistake to see the relationship between ordinary white people and somebody like Kanye West in such simple terms. After all, most of the people at this party are probably fans of Kanye's music. When you tell ordinary, struggling middle class people that they cannot make fun of a millionaire music star, what are you saying? Can you seriously say that they are abusing some privilege? It is Kanye who has the privilege: the money, the talent, the fame, the wife he likes to say might be the most beautiful woman in human history.

And even if you think white fraternity boys dressing up like Kanye West is in bad taste, does it merit prosecution under the campus code against racist speech? Some people think events like this party matter because they are part of a constellation of abuse that includes cops shooting 12-year-old black kids. I disagree. I think that a sane attitude toward race, like a sane attitude toward everything else, comes from letting a lot of crap just slide by so you can focus on the big things. I have no problem with enjoying mockery of Kanye West and then protesting police brutality, and I bet that applies to many people who attended this party. Plus, every time activists create a news story by objecting to some fraternity prank like this they create 10,000 voters for Donald Trump. Is it worth it?
Posted by John at 9:09 PM