Via Bell Beaker Blogger, a bit of interesting archaeological news. Abstract of a paper in Nature by Emslie et al.:


Cinnabar is a natural mercury sulfide (HgS) mineral of volcanic or hydrothermal origin that is found worldwide. It has been mined prehistorically and historically in China, Japan, Europe, and the Americas to extract metallic mercury (Hg0) for use in metallurgy, as a medicinal, a preservative, and as a red pigment for body paint and ceramics. Processing cinnabar via combustion releases Hg0 vapor that can be toxic if inhaled. Mercury from cinnabar can also be absorbed through the gut and skin, where it can accumulate in organs and bone. Here, we report moderate to high levels of total mercury (THg) in human bone from three Late Neolithic/Chalcolithic (5400–4100 B.P.) sites in southern Portugal that were likely caused by cultural use of cinnabar. We use light stable isotope and Hg stable isotope tracking to test three hypotheses on the origin of mercury in this prehistoric human bone. We traced Hg in two individuals to cinnabar deposits near Almadén, Spain, and conclude that use of this mineral likely caused mild to severe mercury poisoning in the prehistoric population. Our methods have applications to bioarchaeological investigations worldwide, and for tracking trade routes and mobility of prehistoric populations where cinnabar use is documented.

They also tested animal bones from these sites, which did not show high mercury levels, so this was not a natural occurrence. It was something people did to themselves. 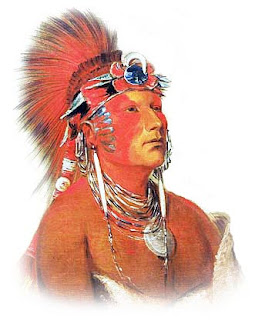 Cinnabar could have been used in many ways. It could of course be used as a source of mercury, which in the ancient world was mainly used to extract gold, silver and copper via the amalgamation method. But cinnabar is bright red, and it was often used as a pigment in paints, dyes, and so on. The authors of this paper suggest it was used for body paint or tattooing, which would certainly explain how it poisoned people. Apparently some American Indian tribes made their red war paint with cinnabar, and may have been poisoned by it. Cinnabar has also been used as a medicine.


Use of cinnabar as a pigment for pottery, for burial offerings, body paint or tattoos, could result in repeated exposure and accidental ingestion. If used as a medicinal, additional exposure would occur. Burning cinnabar releases highly toxic mercury vapor that can cause immediate effects, including death. Moreover, all of these pathways were probably more limited in juveniles, with less exposure time in life, and may account for the low levels of mercury found in most of their bones here.

But as BBB points out, there were some juvenile bones with high mercury levels, which one would not expect if all the mercury was gradually absorbed over a lifetime. Perhaps these young people were sick, and so were exposed to lots of cinnabar either in medicines or via repeated curing rituals that ended up speeding their deaths.

Fascinating to imagine the people of late Neolithic Portugal painting themselves red for battle or ritual performances, and slowly poisoning themselves.
Posted by John at 10:34 AM

Is it just me, or does the cinnabar-smeared herdsman in the illustration on the Bell Beaker blog have wolf paws? Freaky. And there isn't even a tripod kettle in sight.