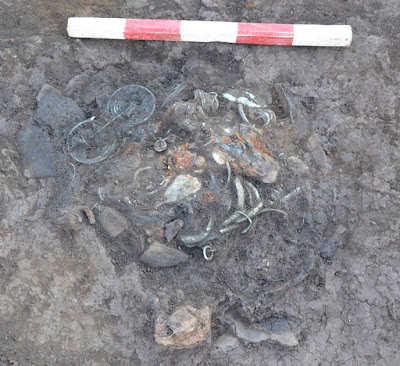 Romanian archaeologists recently found two caches of bronze weapons and jewelry from the eighth century B.C. The hoards were found in a small ravine near a large village site called Tartaria–Podu Tartariei vest, in southern Transylvania. 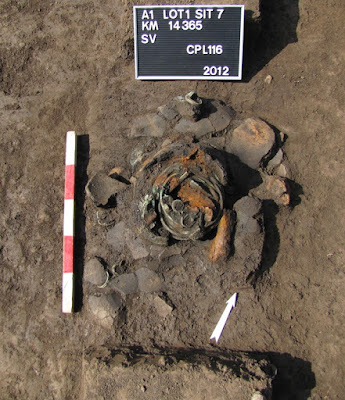 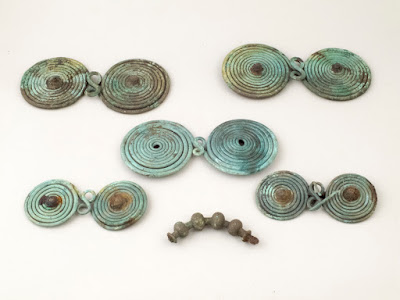 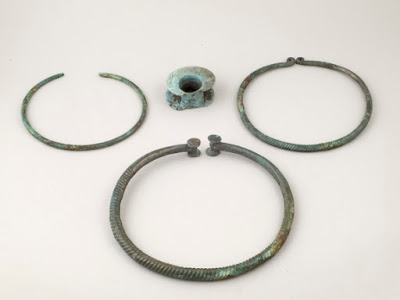 Besides these brooches and torques, the finds include ankle and wrist bracelets and pendants, all bronze. 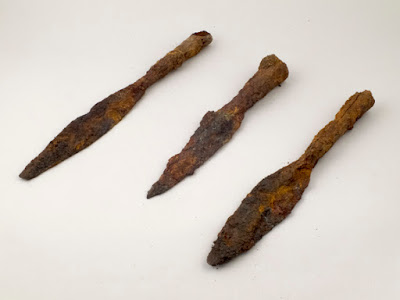 Although most of the objects were bronze, there were a few iron spear and ax heads. Most likely these caches were offerings to the gods, although it is possible these objects were hidden, perhaps when the settlement was in danger of attack, and then not recovered. More here.
Posted by John at 8:24 AM